To say there is a flood of concealable 9mm’s on the market is the understatement of the year.  Yet Springfield’s market for the Enhanced Micro Pistol is uniquely theirs.  The EMP is its own animal and a good looking critter at that — a true, short action 1911 that is at once accurate, reliable and sized-to-pack.  This is where classic meets carry.

Many have tried to make carry guns look cosmetically like genuine 1911s.  Others have attempted to simply shrink down full-sized 1911s, but both accuracy and reliability falls off with barrels less than 4 inches.  So, Springfield started from scratch and built a small 1911 on its own frame.  This is what Springfield calls the short-action 1911, touted as the first production 1911 to shoot shorter cartridges like the 9mm. 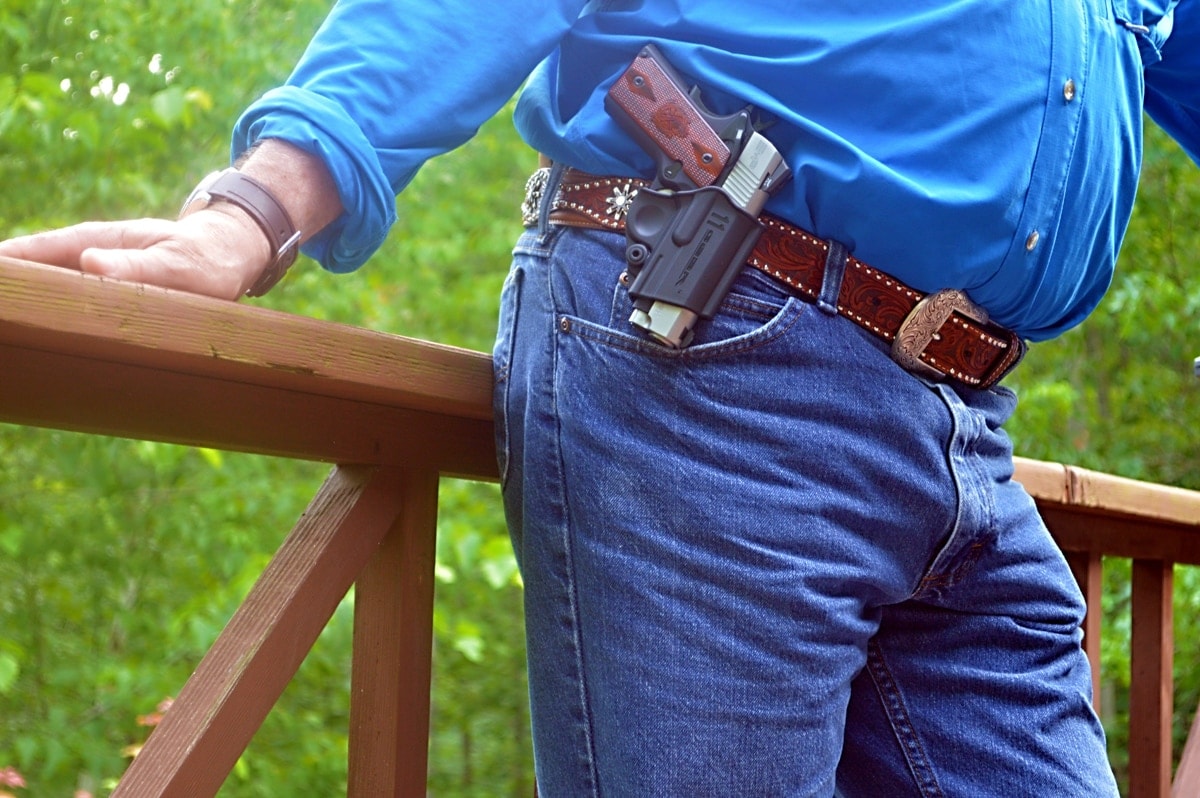 Though our review model came in 9mm, Springfield Armory’s EMP is also available in .40S&W.  The gun has a 3-inch stainless bull barrel with integral feed ramp.  Fixed low-profile combat rear sights and a blade front are dressed by Trijicon with the Tritium 3-dot pattern.  An extra nicety is how Springfield dovetailed the sights smoothly into the slide.  Though parts of other Springfield pistols are made in Brazil and assembled here with markings to that effect, the EMP is stamped solely as being made in Geneseo, Illinios.  Whether that means 100 percent of its parts are American-made is another question, but regardless, the piece is well-built.

The skeletonized trigger is match grade, made of aluminum with a 5- to 6-pound break.  Our test gun broke on the light side of that, which felt great on a carry gun.  The EMP’s grips are cocobolo hardwood with a stylish rendition of Springfield’s crossed-cannon logo. Torx head grip screws are a nice touch.  The 9mm’s frame is forged aluminum alloy with black hardcoat anodizing.  The recoil system is a dual spring, full-length guide rod. The pistol compares favorably to other carry 9’s in stature with height at 5 inches and length 6.5 inches, but being metal instead of polymer brings up weight with an empty magazine to the 26-ounce range.

Unlike the 9mm, the .40 S&W version is built on a carbon steel frame.  Its magazines hold eight instead of nine rounds, and the empty weight kicks up considerably to 33 ounces.  Barrel length and frame size, however, remain constant.  Both the 9mm and .40 are also available with Springfield’s black/gray laminate G10 grips designed for extreme duty conditions.  Springfield guarantees the EMP for the lifetime of the initial owner, which I always like to see from quality manufacturers.  Correspondence with them was very easy as well, and from what I’ve heard, so is customer service. 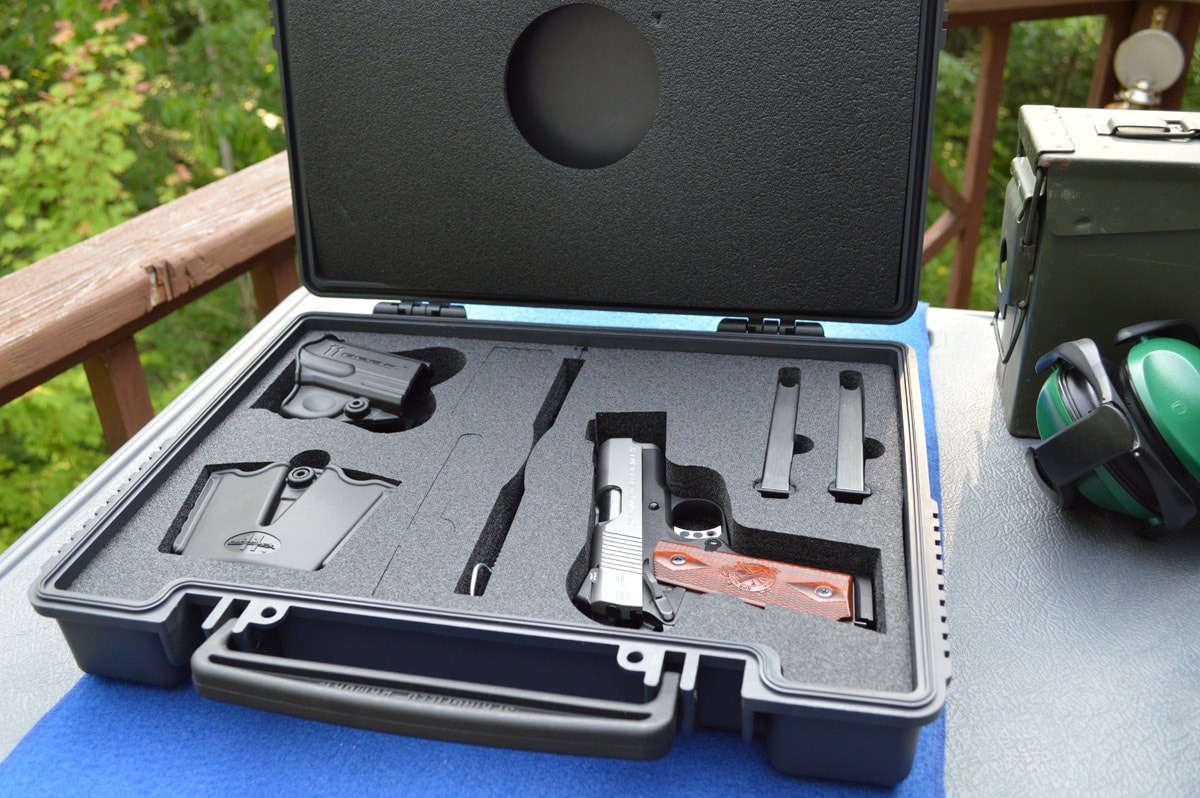 I was impressed from the start when I broke open the cardboard box from Geneseo and found a sturdy black case emblazoned with the Springfield logo.  The interior was well packed with three matching nine-round stainless magazines made for Springfield by MecGar in Italy.  In addition, there was also a paddle holster for the gun and another dual-magazine holster, not to mention the cleaning brush, locks, and standard gun swag.

Prior to shooting, we disassembled the gun for range prep and let me tell you, it is tight.  Everything feels like custom shop hand-fitting.  We learned on the range that this is not a gun to molly-coddle. In fact, the slide release was so snug prior to shooting that I couldn’t work it with only one hand.  A few hundred rounds cleared that right up, of course.  It’s important to note that all the magazines come with slam pads, which come in handy because loaded magazines must be seated with authority, and they lock in with no play.

The gun functioned very well on the range, running through nearly 200 rounds of ammo from major manufacturers as well as a few reloads.  Though we didn’t have any to test, the EMP is built to eat +P ammo as well.  There was no unexpected wear on the firearm after our range time.  I was most impressed by a few simple features.  First, the slimline grips fit my smaller, woman’s hands just fine, though the gun worked equally well in the large hands of my male shooting partner.  Too often, I’ve seen concealed carriers sacrifice the fit of the gun for concealability — but not so with the EMP.  In addition, the ambidextrous thumb safety worked well for both of us, one a lefty. 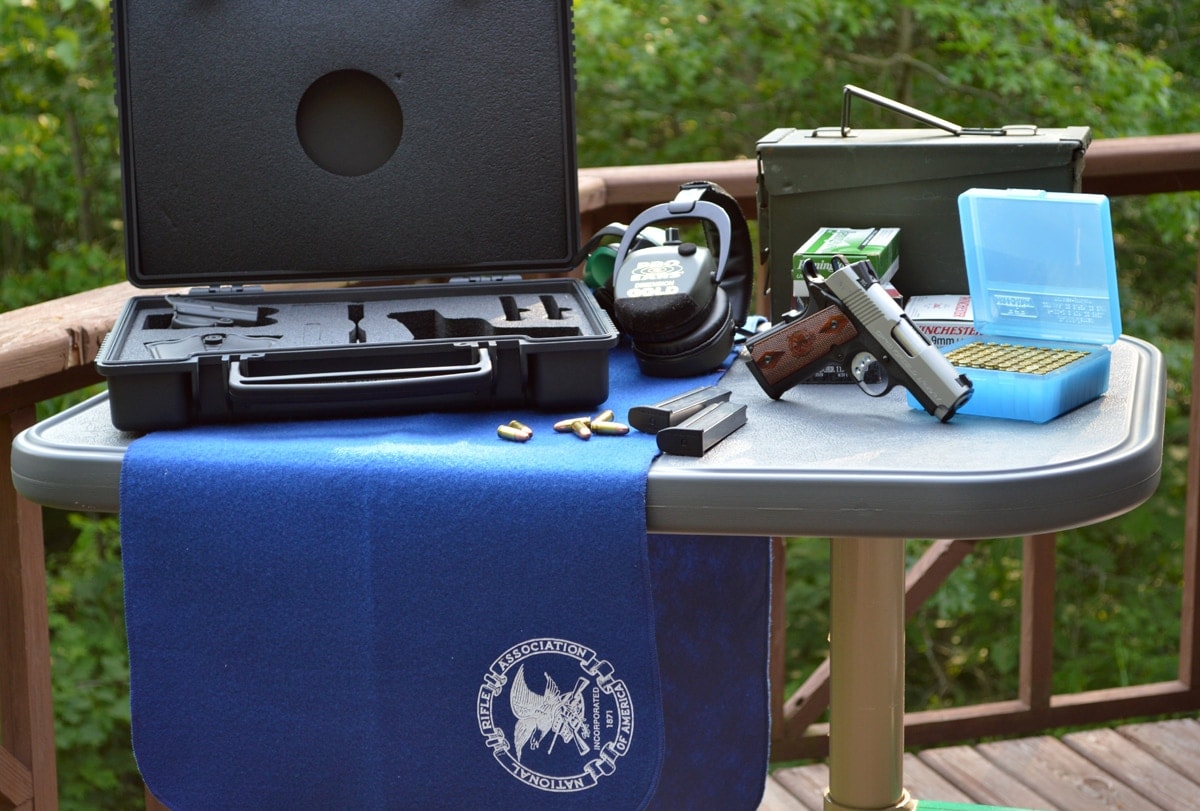 I found the three-dot sights to be ideal on this type of weapon.  Though we did our range time in full sun, I also handled the gun in the house at night and was pleased with how well the Tritium sights pop in the dark.  It was very easy to acquire a sight picture.

We tested the adjustable, molded paddle holster that came with the gun, as well as other regular carry holsters and the EMP was deeply concealable.  There were no problems with it hanging up during a draw.  Springfield did a nice job rounding and lightly beveling all the areas that could catch or cause problems, from the slide and frame to the ejection port and butt — a cure they call their “Extreme Carry Bevel Treatment.”

I’m accustomed to shooting much lower budget, polymer carry guns from Kel-Tec, Ruger and others in the $300 to $500 range.  Though the comparison is apples to oranges, when you shoot the EMP, there is no rattle, no slide play, and just no compromise on quality.  The heft of the metal over polymer also made muzzle flip negligible.  Of course, that all comes with a price tag. 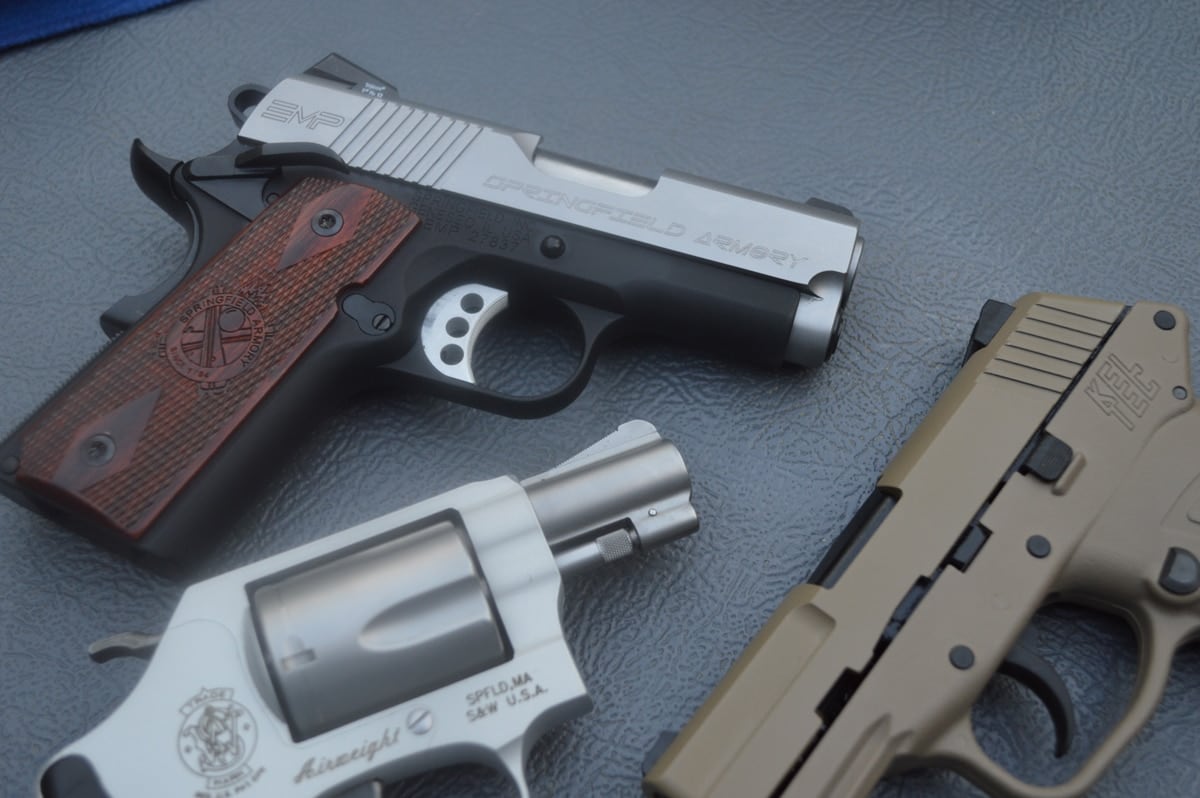 This is definitely the smallest, most concealable, true small action 1911 that money can buy. The only negative I can find with this gun is the fact it costs significantly more than most carry-sized 9mm’s.  This is yet another case of getting what you pay for.  While the price tag reads over $1,200, a gun of this quality from most manufacturers would come only from the custom shop, and would cost in excess of two grand.  So if a perfectly concealable and reliable small-caliber 1911 platform is what you’re after, save your jing for this one.