The Stoeger Cougar is an excellent all-purpose handgun at a very reasonable price. Designed by Beretta and manufactured by Stoeger on Beretta equipment, the Cougar is a compact service pistol based on a rather unusual method of operation.

The Cougar is a semi-automatic locked-breech handgun with a rotating barrel lock, as opposed to the more common Browning lock or even the locking block system used in many of Beretta’s designs including the storied Beretta 92. In order to decouple the barrel from the slide and breech block, the barrel must rotate a certain amount to clear the locking lugs.

The effect of the rotating locking mechanism means that some of the recoil energy must be used to overcome the inertia of the barrel and the energy of the bullet acting on the barrel, which affects the perceived recoil of the pistol. The recoil also goes straight back. The way the pistol recoils is noticeably different, similar to a gun with a very low bore axis or heavy steel frame. 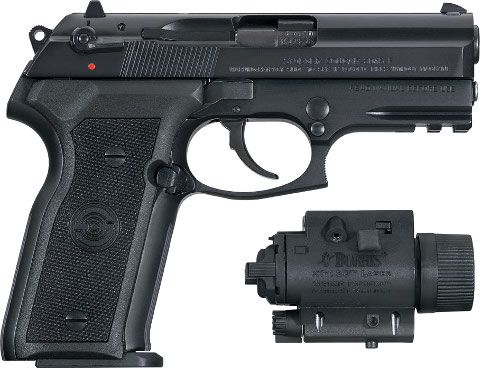 The Cougar’s frame is not steel, it is an aluminum alloy to keep the weight down. Cougars weigh about 2 pounds, about half an ounce more for the standard models and 2 pounds on the nose for the compact model. They are available in 9mm, .40 S&W and .45 ACP, with capacities of 15+1, 11+1 and 8+1, respectively.

The Cougar Compact is only available in 9mm and has a 13+1 capacity. The only real difference between the two is grip length and capacity, the Cougar Compact has the same dimensions otherwise and a 3.6-inch barrel. They could be a little tough to conceal at 1.5 inches wide at the controls, but are happy to do almost any other gun work. 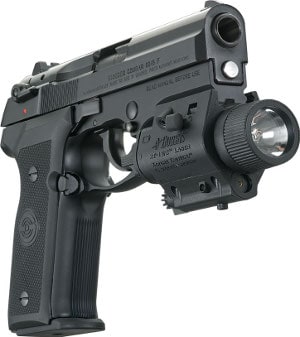 The safety is also a decocker, and is ambidextrous. The magazine release can be reversed making this a particularly lefty-friendly handgun. While the Beretta Cougar was offered with in a variety of trigger configurations, DA/SA, DAO, decocker only, the Stoeger Cougar is only offered in DA/SA with a decocker safety. It is available in four patterns, matte black, nitrided black, nitrided slide/clear anodized frame and silver nitrided slide/clear anodized frame.

Because the Cougar was once a Beretta property, the gun has a good amount of aftermarket support. You can find gunsmiths, night sights, holsters, and grips of all materials, aluminum, wood and even G-10 for the Cougar. That is often not the case with a lot of bargains, as they are usually relatively unknown.

Really, the only reason for Beretta to transfer the production of the Cougar to Stoeger was that they didn’t want to compete with their own products. Although the design of the Cougar is relatively modern, dating back to just 1994, the Cougar is still older than Beretta’s PX4 Storm series, which is safe to describe as a Cougar redesigned around a polymer frame.

The highest MSRP of any of the Stoeger Cougars is $510, and these handguns can often be found for $400 and under, which makes them a fantastic bargain. Stoeger Cougars also come with two magazines and a cable lock.