You’ve undoubtedly seen this pistol at some point in your life and wondered what possible reason you could have for buying one.  I can’t explain to you why this gun caught my eye — although I was kind of interested in the Taurus Judge when I bought the Super Comanche, so maybe that’s it — but for the price you can’t ask for much more. 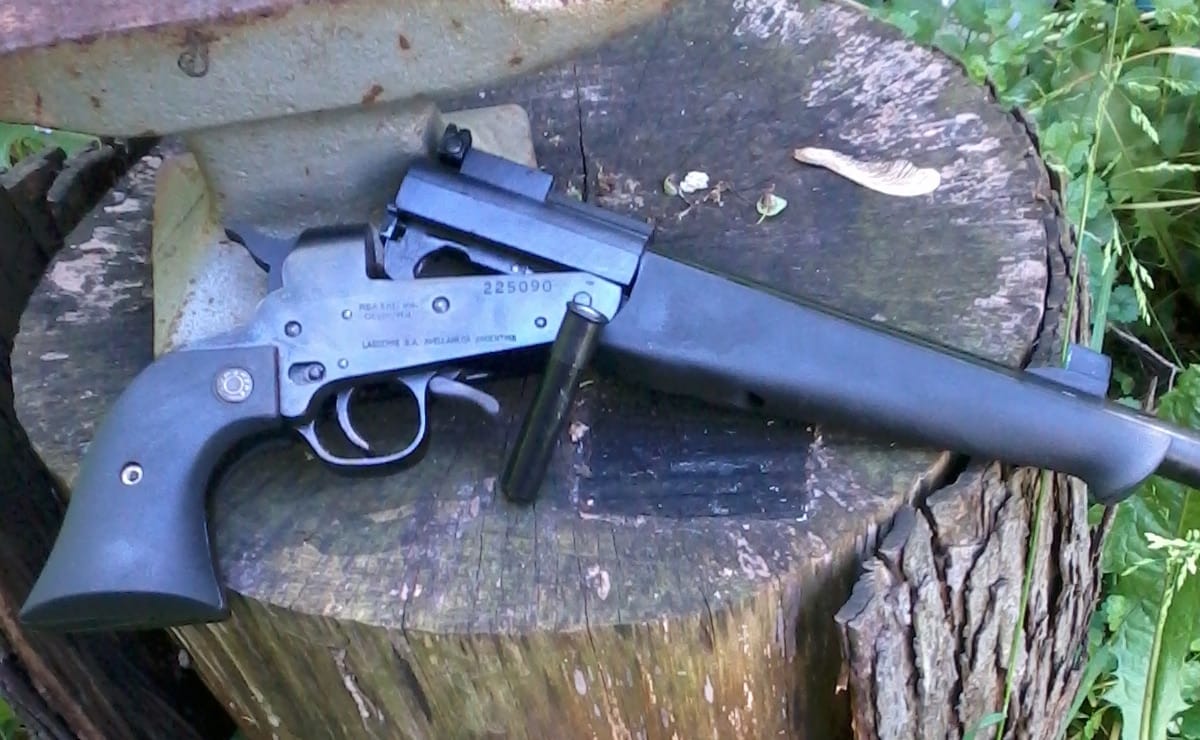 Not gonna sugar coat it

The Super Comanche .45/.410 is an inexpensive gun and you get what you pay for. Is it worth it? Well, it depends on what you want and what you want to do.

This is a single shot pistol chambered in either .45 Long Colt or for the .410 shotshell. The gun is heavy, tipping the scales at almost 3 pounds, which is a far cry from today’s slick polymer pistols.

The finish leaves a bit to be desired as well. The machining is rough in some spots. It doesn’t seem as if the manufacturer spent a lot of time or effort trying to make this gun pretty. In fact they applied a few different textures to the various exposed parts, but don’t let that sway you from considering this gun. I mean, if you wanted a Glock you’d buy a Glock, right?

Functionally there are a couple of issues that might be difficult to accept if you’re coming from the fantastic-plastic world of high capacity paper punchers. The sights on this gun (the rear sight is fully adjustable) take a lot of getting used to, especially if you’re going to be using it in the .45 LC configuration. The front sight is fixed and big enough to be considered a weapon in its own right. Shooting it as a “shotgun,” as I tend to do, the sights are considerably less of an issue especially at short distances.

The reloading process also takes some getting used to. I’m a revolver guy and am pretty comfortable with the idea of reloading not being near instantaneous. The lever that opens the breech tends to be a bit stiff and is definitely not on par with the pushbutton world of modern semi-automatics, dropping a magazine in a super high-speed low drag type of operation. 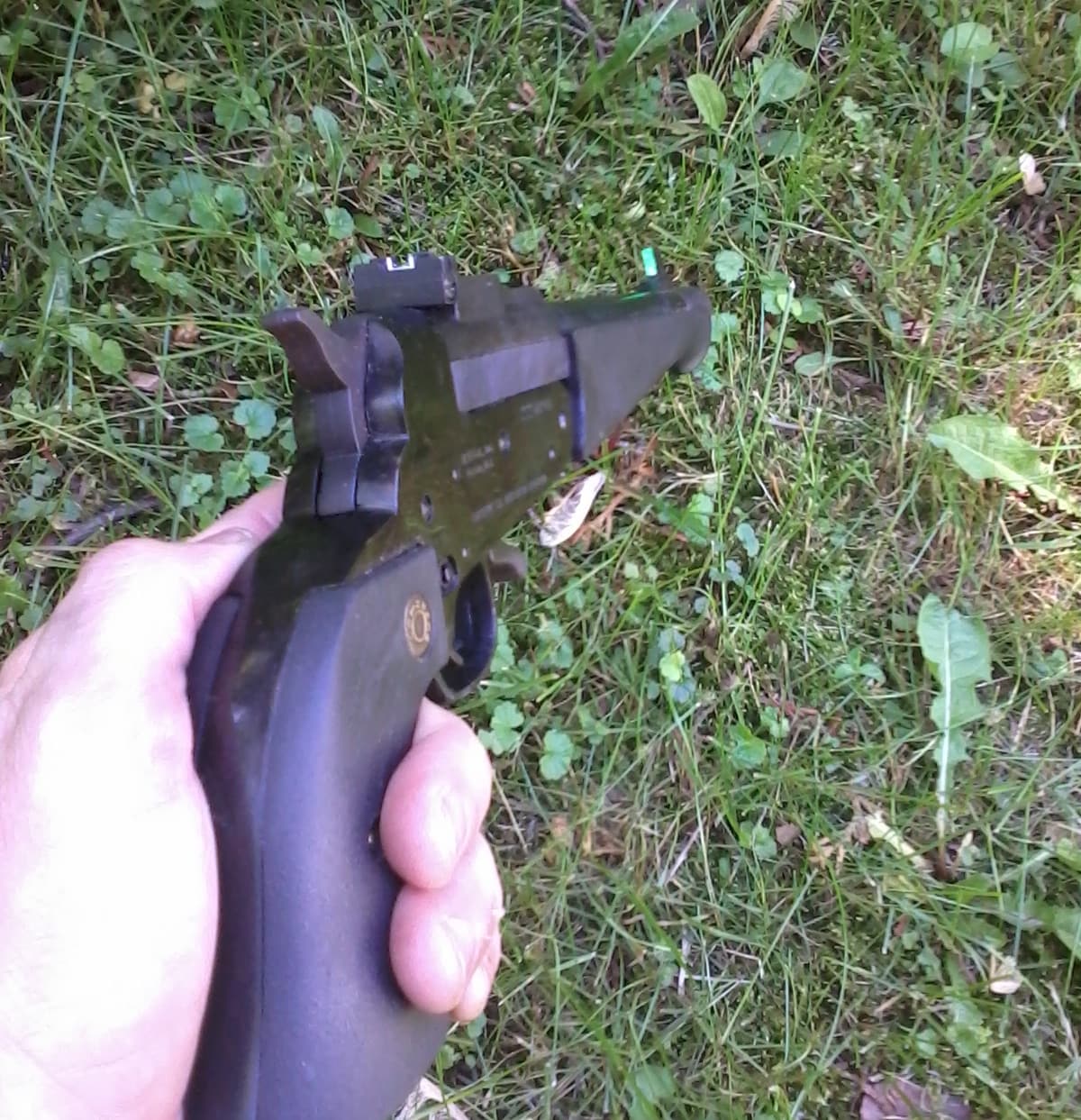 The Super Comanche isn’t the prettiest or the most practical, but dang-it-all, it’s fun. (Photo credit: Lehman Shaw)

The Super Comanche will also take a bit of breaking in (say 20 or so rounds at a minimum) to get things working smoothly.  In my first few shots with the Super Comanche the extractor didn’t allow the round to pop out far enough for me to remove the spent casing, leading to a bit of fussing around as I tried to clear the round.

Unlike other guns capable of firing two different rounds, the Super Comanche requires some manipulation to make things work. It comes with two choke tubes that can be switched out pretty easily and are designed for either the .45 LC or the .410 shells. It would be a pain if you were planning on spending a long day at the range switching between calibers, but for me has been a non issue since I pretty well stick with the .410 shells.

Reasons why you’d want it

First of all, the price point. This gun retails online for about $190 and can probably be had at your local gun store for that or a bit less. I think I paid about $170 for mine, out the door.  Now generally when the subject of cheap guns comes up, unflattering comparisons are bound to be made. You’ve probably already run through the list: Hi-Point, Raven, Lorcin, Jimenez, etc , etc.  The Super Comanche has one thing going for it that those do not in my experience: It goes bang. With few moving parts, you can expect it to go bang every single time you pull the trigger.  It’s not picky either. I’ve fed it all sorts of rounds, from Winchester Super-X to PDX-1 and just about everything in between and never had any issues.

So why buy this gun? It’s fun. Every time I shoot it I want to make pirate noises (and frequently do).  It makes a terrific noise, shooting a 3-inch shell from its 10-inch barrel. But, you ask, what purpose does it serve? Did I mention it’s fun? Okay, just checking. From a practical perspective this gun can serve multiple roles. For the longest time it has ridden in my Jeep as a back-up gun. Well, a back-up to a back-up. This is an absolute last-ditch gun for self-defense — you get only one shot! If however, the S has hit the F, some gun is always going to be better than no gun. In other places it would probably do as a snake-gun since it is capable of handling birdshot, buck and rifled slugs.

And if you feel the need to use the gun for hunting or longer distance shooting, a mount is available for attaching a scope. I tend to shoot it at around 30 feet or so and have never had any problems getting on paper using standard iron sights.

The one odd characteristic I have noticed about this gun is the recoil. For me, shooting the gun with the two handed grip you would use on a semi-automatic is unpleasant. Fortunately the 10-inch barrel comes with a hand guard that allows you to change up your grip.

Overall, there are plenty of guns available that do practically everything better than the Super Comanche, but usually at three to four times the price. And with the current political climate surrounding the gun debate it has another advantage in that .45 LC and .410 shells are a bit easier to come by, meaning you won’t go broke (or crazy) trying to feed your Super Comanche.