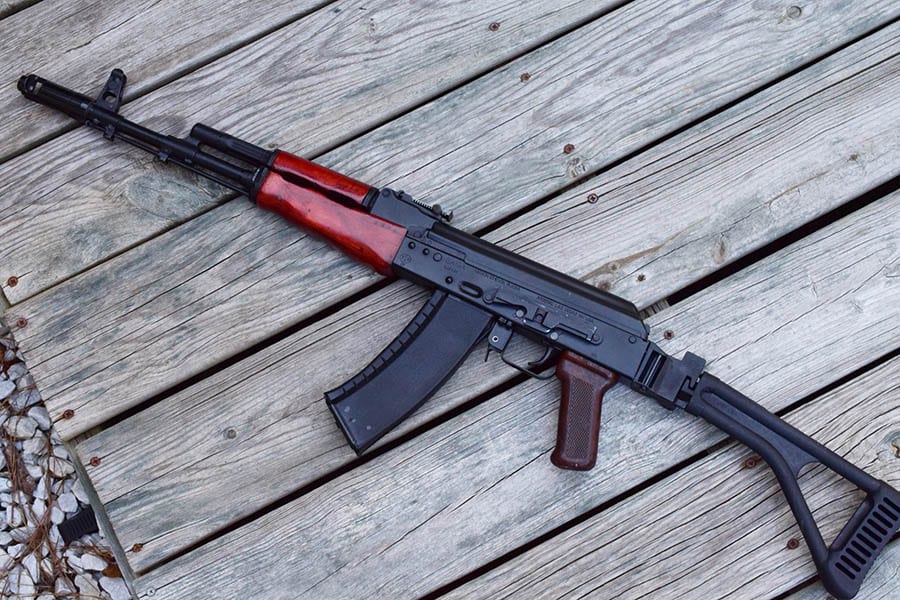 Tapco furniture on an Arsenal AK? The horror! (Photo by Jim Grant)

I’ll admit, it’s not the most confidence-inspiring headline. Still, with Tapco furniture’s reputation it’s the most positive headline I could write, without risking the accusation of being on their payroll.

In many cases, Tapco’s reputation as a subpar furniture maker is well deserved, but not everything made by Tapco is shoddy. In fact, the majority of its SKS 922r compliance parts are very dependable. The same goes for the Saiga 12 gas pucks. The furniture it makes for AR15s and AKs has been iffy at best, but Tapco is quietly changing that.

I spoke to an engineer at Tapco to investigate if these products really deserve all the flak they get on the Internet. His answer? — “Absolutely.”

The Tapco tech explained that, in the past, Tapco used less durable, cheaper plastics in its products to save money. The engineers knew about the flaws in the products, but couldn’t convince the higher-ups to use better materials. The people in charge believed that raising the product costs, without raising the price was not a good investment. 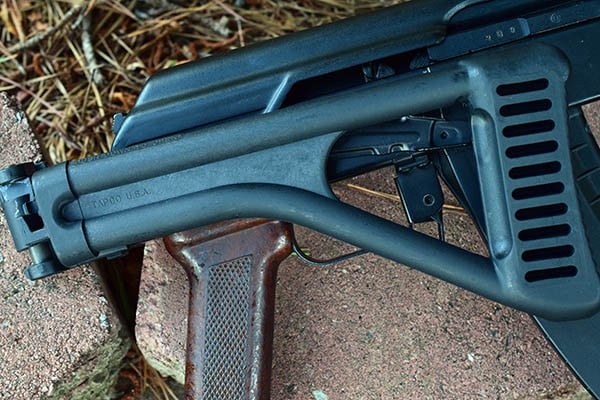 Tapco has a less-than-stellar reputation for quality. (Photo by Jim Grant)

It wasn’t until the Freedom Group bought out Tapco that the product quality changed. Although it was for less altruistic reasons than customer satisfaction.

“It was cheaper,” the former Tapco employee explained. Advancements in manufacturing allowed Tapco to change its polymer formula to a more durable one at a reduction of cost.

Unfortunately, that does not mean that the new Tapco furniture is made of Adamantium nor is on par with Magpul. The material used is still not comparable with higher-end polymer furniture makers, but it’s more than sufficient for the occasional range-jockey — the target demographic for Tapco products.

There’s nothing wrong with the occasional range trip and only shooting when you feel like it, but those people don’t need milspec, bulletproof diehard reliable setups. With Tapco’s MSRP of $39.95 for an intrafuse folding kalashnikov stock, there are better options for a few dollars more. However, none of them fold, which — let’s be honest — is the real reason anyone buys this stock.

Installing a folding stock on an AK rifle that wasn’t originally built for one, means big bucks. Take, for example, a cheap $500 WASR rifle. You would need to cut the receiver and install a $200 folding stock with hardware or pay a gunsmith to do the cutting and installation. Shooters wishing for a more compact gun who might otherwise stick to only milspec equipment may change their minds when presented with the decision between spending $30 or $300. 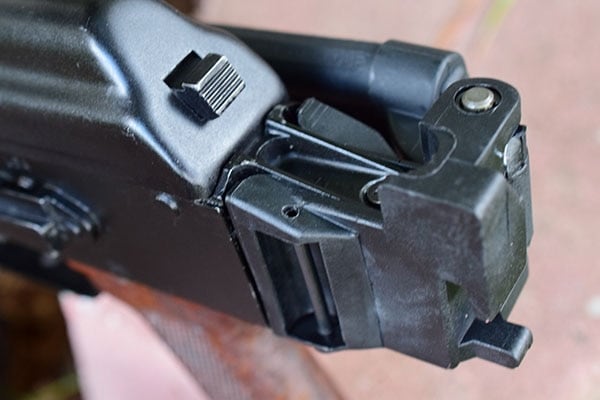 Tapco’s all-plastic folding mechanism doesn’t inspire much confidence, but it does hold. (Photo by Jim Grant)

When you take into consideration the price and hassle of installation, the Tapco fares well against other folding stocks. Installing the stock is similar to installing a normal fixed AK stock, you simply insert the stock and screw in two wood screws to secure it. Sadly, the Tapco stock is not pre-drilled for screws, but it does come with the appropriate drill-bit. Installation took me around 15 minutes, though I didn’t measure or align the screw holes, other than placing the stock in the rifle and scoring the approximate center of both tang holes.

Once installed the stock holds up adequately, but it’s not stellar. There was some degree of wobble, but thoroughly tightening the screws to the rifle fixed this issue. The folding mechanism is an improvement from previous models and actually locks up solid. One nice feature of the Intrafuse stocks over Warsaw stocks, is the added length. The Tapco is approximately 1-inch longer than standard AK butt-stocks and makes shooting more comfortable for taller shooters. 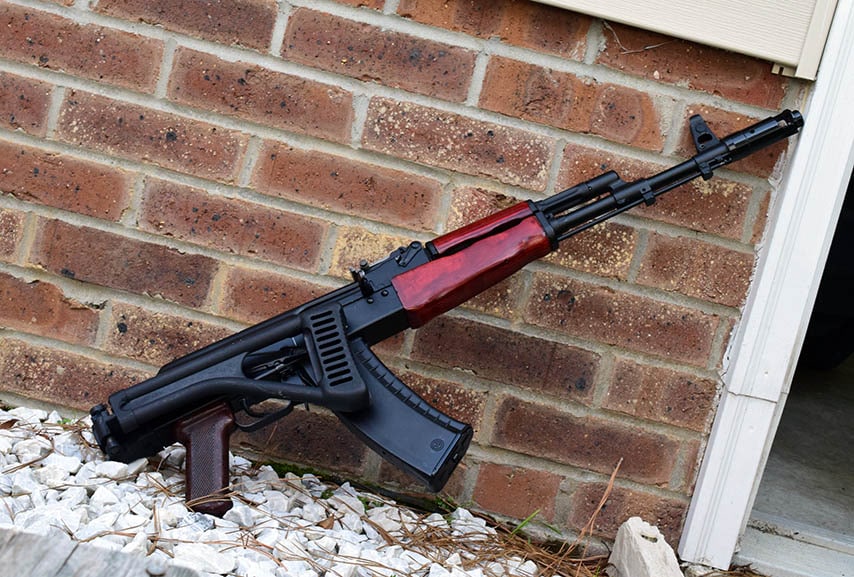 There are certainly better options out there for AK stocks, both folding and fixed, if you are willing to pay a higher price. Yes, the stock is hideous and it feels cheap, but the new polymer has some give to it, so it no longer feels like it will snap in half.

I wouldn’t trust my bugout rifle with the Tapco stock, but I would happily install it on a truck gun to make it more handy, or recommend it to a friend who goes shooting maybe 10 times a year.