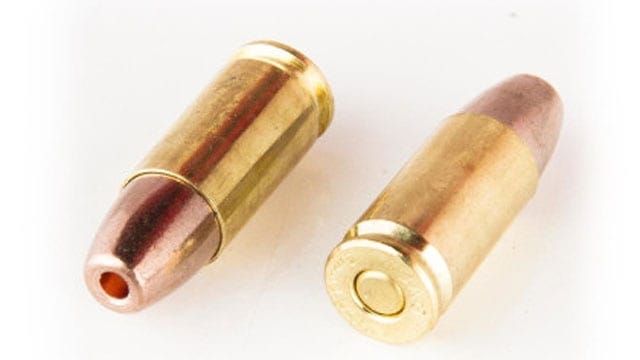 Some time ago, yours truly reviewed 9mm frangible ammo branded by Team Never Quit; manufactured by Snake River Shooting Products (SRSP).  Since then, there’s been an actual encounter in which I used TNQ frangible.  What follows is an utterly biased and, I believe, necessary follow-up.

Prior to the first review, I was familiar with frangible ammunition only for use in shoot houses.  Discussion with Casey Betzold of SRSP opened my eyes to other applications—steel targets at close ranges, and urban law enforcement situations where ricochets from pavement can cause unintended injuries and damage.

I definitely don’t live in an urban area, but last night I used TNQ frangible for the same reason urban LE might.  It’s not unusual to discover and dispatch rattlesnakes pretty much anywhere here in rural New Mexico. It is unusual to have one occupying a brick-and-concrete corner, next to the glass door of my back porch, at midnight.

My little dog alerted me to the situation with what I’ve come to recognize as his “snake bark.” That, and the fact that my other, bigger (smarter or just chicken) dogs were intently observing the scene from a distance was a clear sign of another shoulderless visitor. 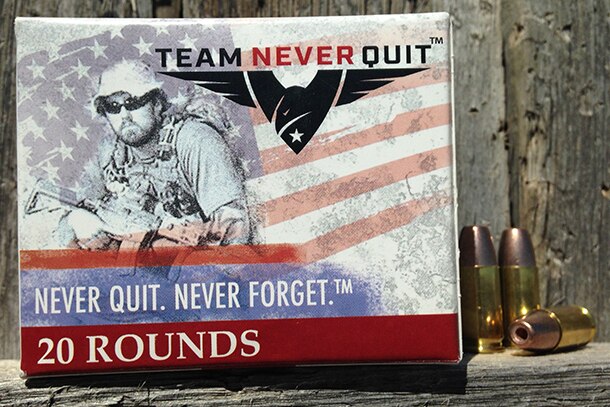 Frangible bullets are made from powdered metal that tears through soft tissue but breaks on impact with solid materials. (Photo: Eve Flanigan)

As I approached the back door, the rattling was audible through the glass. I did an about-face, exited another door, and summoned the dogs.

Back on the patio with dogs secured out of the area, I was clumsily armed with my trusty Remington 870, with its barrel-mounted light source, and a shovel.  On the way out, I’d donned the clear eye pro and earplugs that are stored by the door for yard work, having had a passing thought about the effects of buckshot on the hard cement patio.

With the bright shotgun light, I sought to lay eyes on the source of the persistent, angry buzzing.  It took a while to discover it under a kindling box just two feet away from the glass door.  Setting the shotgun aside, and working under the dim porch light, I extended the shovel to move the box from a safe distance. The silhouette of Mr. Rattles’ now-exposed head snapped to attention in my direction. I could see it wasn’t a huge rattler, but not a small one—just under three feet.

My hopes of making short work of the situation with the spade shovel were cut short when I attempted to raise the implement, only to feel a sudden POP and searing pain in my wrist—which had been recovering from a recent injury.  There would be no shovel action tonight.

I put the shovel down and picked up Black Betty (yes the 870 has a name) again.  A slight grin crossed my face as I racked a shell into the chamber.  This would be fun.

That grin faded to bewilderment when the realities of 00 buck versus brick wall, cement floor and glass door sunk in. I could trade the buck for birdshot, but that might have a similar effect.

The buzzing slowed and became intermittent as I pondered.  A solution came to mind… a partial box of TNQ frangible ammunition would be accessible inside the house, as would a 9mm that’s kept ready for defense.  I slid the shovel in Mr. Rattles’ direction just to piss him off—if he was busy rattling, he wouldn’t get bored and leave into the darkness.  It seemed logical enough, and fortunately the diamond-patterned reptile stayed put and kept buzzing until I returned.

With the pistol chamber plus the top couple rounds of my mag now loaded with TNQ, and having grabbed a headlamp on this latest dash in and out of a less treacherous entrance of the house, I knelt to get a clear shot at the fattest part of the snake I could see—his head was now partially obscured by the kindle box. 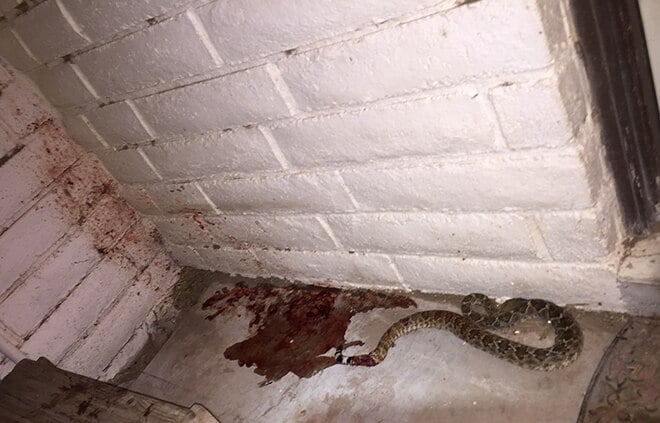 With one “bang,” the rattling halted and a sizable spatter of blood covered the bricks.  Mr. Rattles writhed, as his kind is wont to do after such an assault.  With two gaping holes in his front and middle body, and rattles blown to smithereens (sorry, Casey, I’d have sent them to you), his remaining time disrupting this household was thankfully short.

For all the devastation one round of TNQ 9mm frang did to Mr. Rattles, my wall, porch, and glass are without so much as a scratch.  I became a believer in frangible for this variant of home defense last night.  Unlike shot rounds fired from a 9mm, TNQ frangible also remains a great choice for “normal” home protection, as it will dependably cycle the slide and deliver a wound channel that’s equal to or better than that of a normal JHP round.

Today, I ordered more TNQ frang in the caliber of handgun that lives by my bedside and has a rail-mounted light.  Next time, it might not be so easy to grab the headlamp.

For those who don’t know, frangible bullets are made from powdered metal, usually copper or some combination of copper and other metals.  They behave like a JHP on tissue, but turn back to invisible, non-damaging powder when they impact on solid concrete or steel.  See the aforementioned review for more information on that.

Other companies make frangible, of course, but I am partial to Team Never Quit brand for more reasons than their having sponsored a couple boxes for a review—a remnant round of which happened to rescue me and my canine pals.

TNQ is US veteran-owned, operated, and supporting.  The price is reasonable in comparison to most JHP loads; around 68 cents per round for 9mm.  TNQ is American-made, and they’ve provided extensive testing data on the ammunition that most other companies don’t bother to share.

Team Never Quit’s marketing of frangible ammunition to law enforcement is driven by problem-solving and compassion for humankind.  In making these loads more visible and available in the civilian market as well, they’ve been unwittingly compassionate to me and my dogs.  I’m obviously an enthusiastic fan of both the brand and the load.  Get some for yourself.