The .25-06 rifle is an awesome hunting round for game of all sizes

Hunting gear can be expensive. But if your funds are limited, and you still want to take game of varying sizes, you can get away with one rifle chambered in a highly specialized round to get the job done. If ever there was a rifle cartridge that doesn’t get the publicity it should, it would be the highly optioned .25-06. 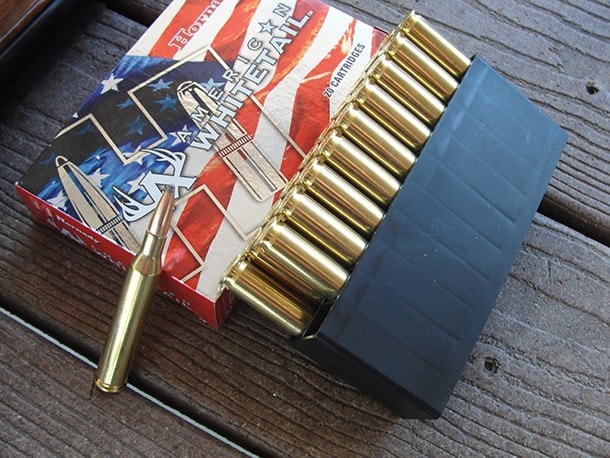 Once considered a wildcat cartridge, makers like Hornady have made .25-06 more widely available in the past decades. (Photo: Joshua Gillem)

Based on the bigger .30-06, this hunting round was standardized in 1969 after many years of being considered a “wildcat” cartridge. Nowadays, companies such as Hornady, Remington and many others make this ammunition more easily available.

There are a few key reasons why this projectile works so well for hunting game of many different sizes. The most prominent reason is that the cartridge size is diverse and ranges from small enough to take down varmint sized animals, all the way up to big enough for large deer and even an occasional elk. The main benefit is that while rifles can be quite expensive, the right projectile affords you the ability to hunt almost anything North America has to offer without having to purchase more than one rifle.

This is possible because the .25-06 round is available in many different grain size projectiles. If your quarry for the day requires a smaller round, you have the option of going as small as 75 grains. But, if you’re planning on feeding your family for the long months ahead, the deep penetrating 120 grain rounds are perfect for putting deer down with one shot.

To sweeten the deal, these rounds tend to be very accurate because they fly flatter than many of the other cartridges on the market. This equates to tack driving accuracy at distances up to, and further than, 300 yards. Part of this accuracy is due, at least in part, to the fact that wind doesn’t seem to have as big of an effect on this round as it does on many others. Depending on the grain size of the projectile, muzzle velocity can be as high as 3,100 fps. 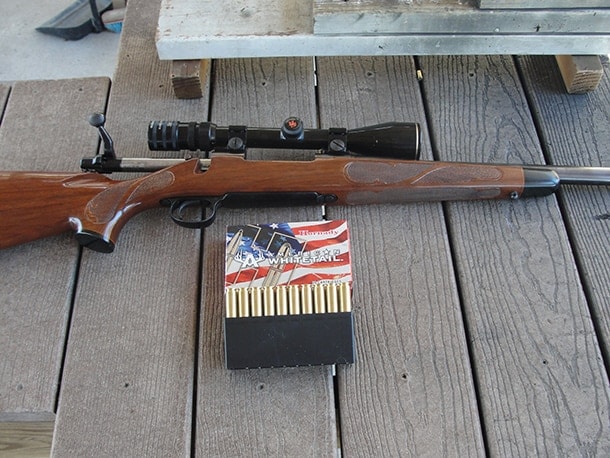 Rifles chambered in .25-06 like this Remington 700 offer shooters a high velocity round with little felt recoil for its ballistic profile. (Photo: Joshua Gillem)

Rifles chambered in this caliber and using projectiles around this size can be perfect for someone who is smaller in stature (like a child), or even an advanced shooter who doesn’t enjoy being punched in the shoulder by Evander Holyfield. The reason is because the felt recoil is considerably less than other rifles with similar ballistics.

While recent times have afforded us more options than ever before, this still isn’t the most popular projectile on the market and because it isn’t that popular of a round, a lot of the smaller gun stores don’t even carry it. Those that do carry this round, generally only carry the larger sized projectiles used for hunting deer. It should go without saying; however, that anything can be found on the internet – including the smaller varmint/predator sized rounds.

The .25-06 rifle (such as the Remington 700, pictured) is one of hunting’s best kept secrets. For many hunters, it is their go-to rife for the hunt of the day. Its versatile sizing, low recoil, high velocity and tack driving accuracy are precisely what American hunters need when the kill shot matters.