The CZ-75 pistol: The best thing that ever came out of the Warsaw Pact

Designed in 1975 or thereabouts in the Czech Republic, which was known then as Czechoslovakia, the CZ-75 pistol was intended from the beginning as an export item to sell to the West. As such it was chambered for the NATO standard 9×19 cartridge. Then, as so often happens, politics reared its ugly head and the design was considered so good that it was given a “secret patent” and export to the West was forbidden.

This “secret” status prevented patenting it in Western nations, and when a few of the pistols made their way into Western Europe and even finally to the USA the design was quickly appreciated and even cloned by other gun manufacturers creating a large market for a gun that was essentially impossible to buy. This situation ended with the breakup of the Soviet Union and the Warsaw Pact. CZ was able to sell their pistols worldwide, often competing with clones of themselves. 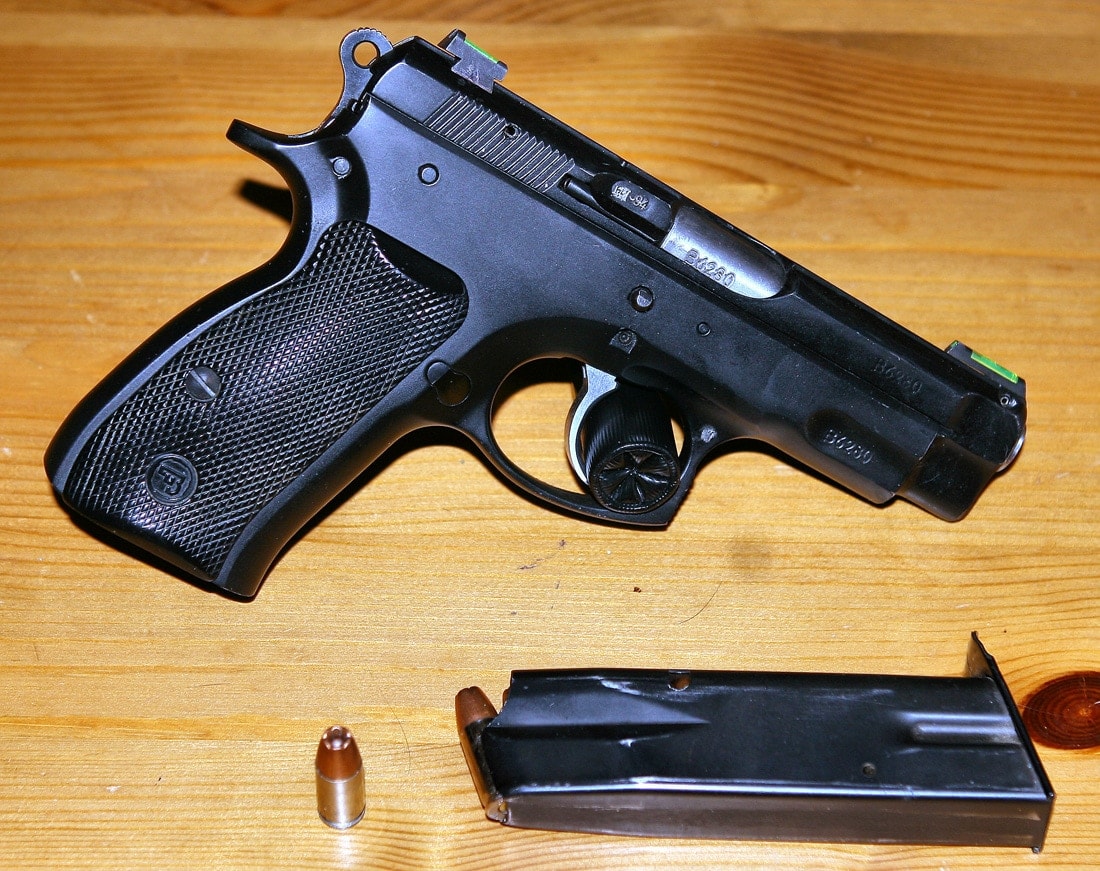 The basic CZ-75 pistol uses the nearly-ubiquitous Browning tilt-barrel locked breech design, and is very similar to the Browning P-35 (or “High-Power”) benefiting from the improvements made to the Browning’s own 1911 pistol. There is no barrel bushing used, and none seems needed.

The CZ-75 uses a double-column magazine containing 15 rounds of 9×19 ammunition in its standard configuration.

The trigger mechanism operates in what is now commonly called DA/SA mode; that is, the first round may be fired from either the hammer-down position or from the hammer-cocked position at the shooter’s choice and subsequent rounds are fired in “single-action” mode from the hammer-cocked position. There is no mechanical decocker provided; after shooting the user uses his/her thumb to control the hammer and allow it to return to rest by pulling the trigger. This is the same process that has been used for over a century.

Since about 1990 CZ-75’s have incorporated an automatic firing-pin block that prevents the firing pin from contacting the cartridge unless the trigger is fully pulled. A manual safety is located on the left rear side of the frame convenient to the thumb of the firing hand (for right-handed shooters). The pistol may be carried with the hammer down or cocked, and with the safety engaged or not. Safety concerns advise against carrying with the hammer cocked and the safety disengaged — but it can be done. This pistol allows the shooter to decide which mode of carry to use. The CZ-75 is an old-school design being made of all steel except for the grip panels. 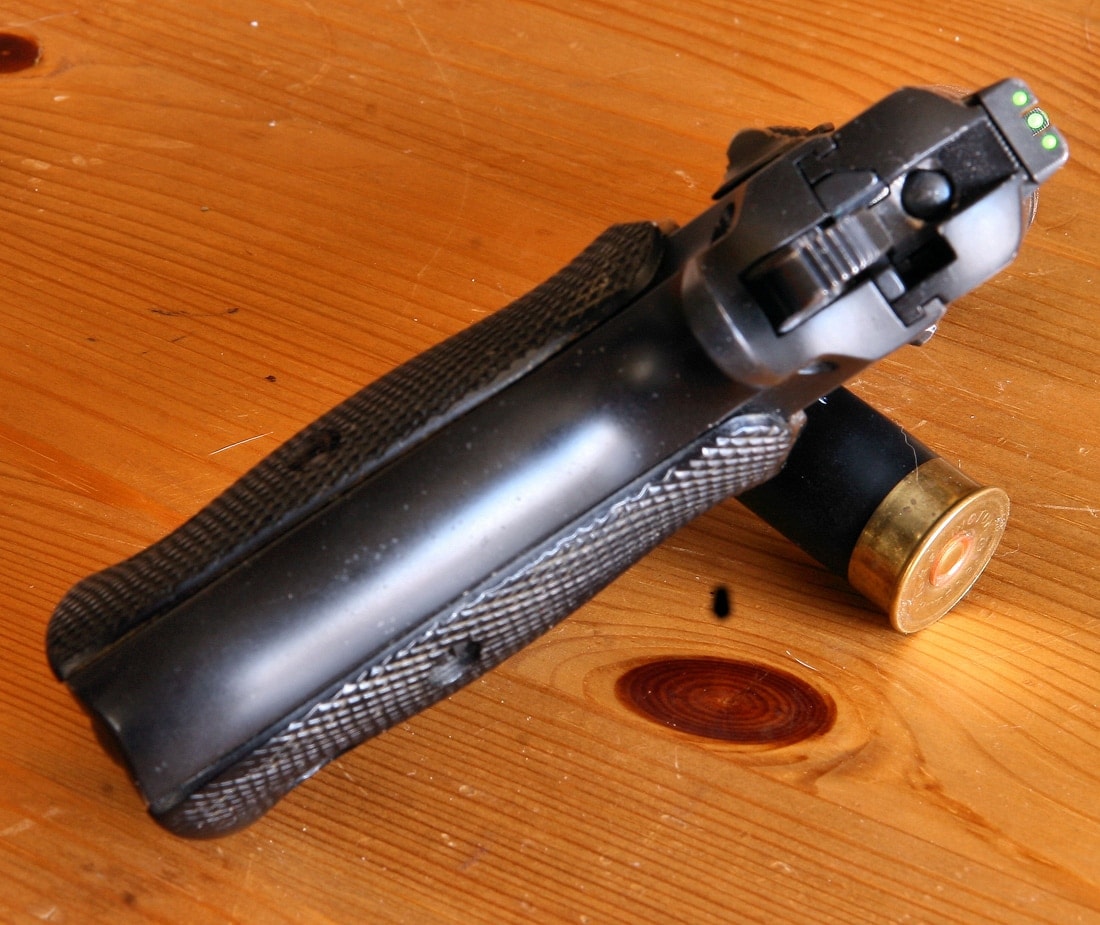 The CZ-75 with its sights aligned. (Photo credit: Bob Clevenger)

“Is the CZ-75 an attractive pistol?” you might ask. That is a completely subjective point. It was designed as a fighting tool. The finish is a durable black paint (probably some sort of epoxy) that seems to hold up well (my CZ-75 Compact is over 20 years old and shows little wear).

The sights are dovetailed into the slide and can be replaced easily if you can find ones to fit. That is really the only negative point I can think of regarding the CZ-75 – the aftermarket seems to have ignored this pistol. I have found Tritium night sights for it and used them until the Tritium died. I now have fiber optic sights on it and they make things a lot easier on my 70 year-old eyes!

The trigger and overall “feel” are critical for any firearm. The trigger in the CZ-75 is the equal of most high-quality DA/SA pistols. With a very little basic gunsmithing it became quite good.

The SA trigger breaks at a crisp 3.5 pounds on my CZ-75 Compact. In DA mode it feels better than any other DA trigger I own — and I own a few! It breaks at a little over the maximum reading of my gauge (8 pounds) and I figure it is about 9 pounds.

The SA mode is crisp and clean, with just enough pre-let off movement to ensure that there is sufficient sear-to-hammer engagement that it is safe to carry. Again, this is a fighting pistol, not a target pistol. The thing that can’t be measured or really described well is how the pistol “feels” in your hand. The CZ-75 feels better to me than any other autopistol I own or have fired. It reminds me of a Browning P-35 I once owned, and that says a lot. 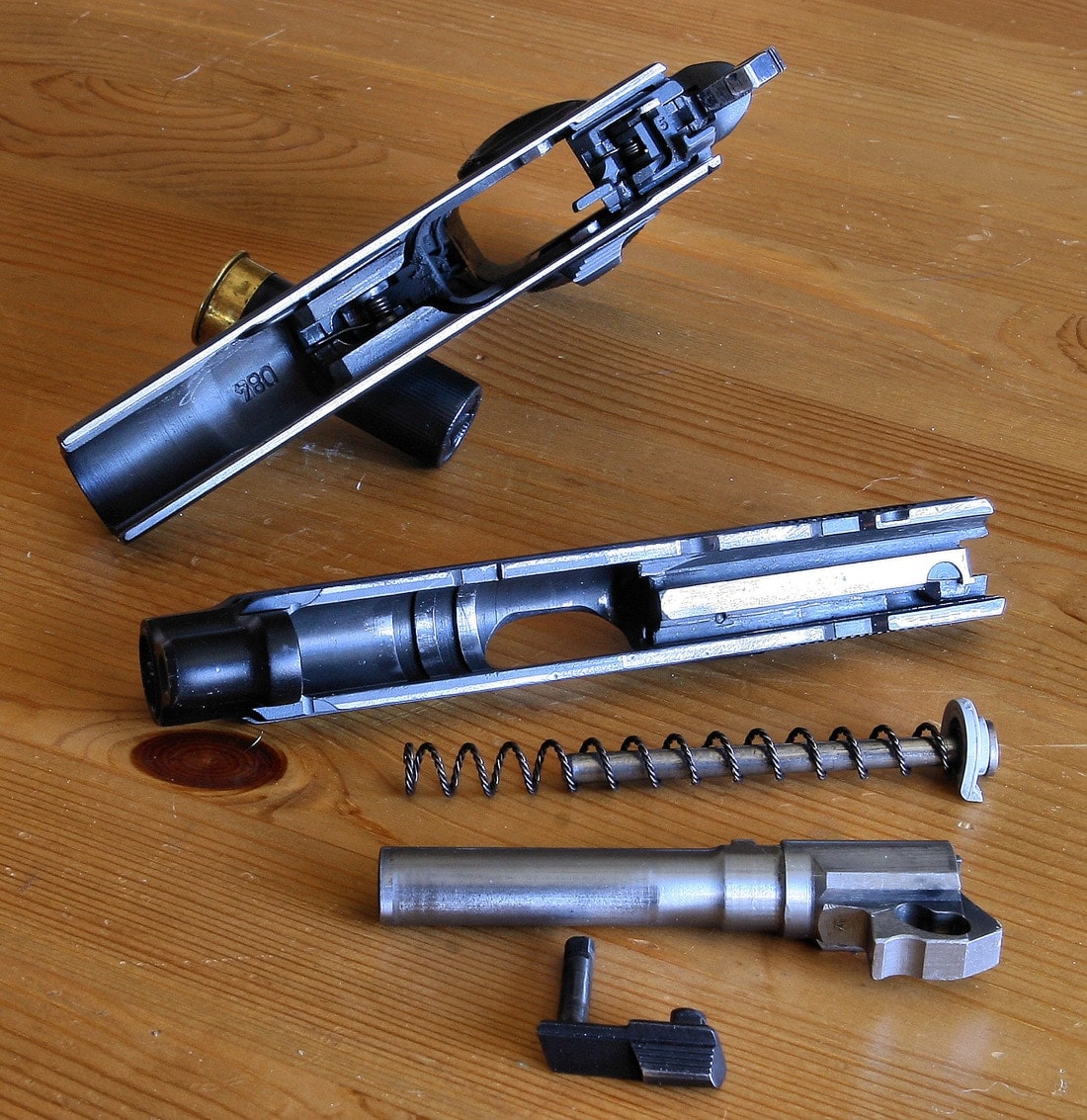 For a fighting pistol, reliability is an absolute necessity. My CZ-75 has never failed to function other than when fed bad reloads (my problem, not the gun’s). That is with any kind of factory load and any reloads that were done well. The design of the barrel/feed ramp system helps with reliable feeding, and speaking of the barrel, it is fully-supported in the area of the feed ramp allowing use of any and all 9mm loads, even the hottest SMG and +P+ loads without danger of ruptured cases.

“How’s the accuracy?” I hear you ask. Well, I can’t actually give a good measure of that. I know that it shoots to point of aim well and that it shoots a lot better than my old eyes allow. In IDPA competition it has hit every target it has been asked to. Honestly, any measure of accuracy here would only be a measure of my old eyes, not the CZ-75, as I do not have access to a pistol rest.

Overall, you can’t go wrong with the CZ-75. Although some would argue that the grip is a bit wide or it weighs a bit too much for everyday carry — and those are valid points, but there’s a reason why the CZ-75 is one of the most common designs in the world and it isn’t just the patent controversy. Not much good came out of the Cold War, but the CZ-75 pistol is a shining exception.