The Ideal Gun for Taking Down Zombies

Normally I don’t get into discussions about things of this nature, but because it’s Halloween and zombies are popular, I thought I would chime in on my thoughts of an ideal zombie gun. Now you have to remember, there are different types of zombies out there, so you really need to prepare for each type as they are different.

First we will talk about the traditional Night of the Living Dead vertical corpses that move about as fast as that little old lady in front of you at Walmart. Not very fast and not very agile, these guys can be taken down with ease using nothing more than a six shot .38 Special revolver with plenty of speedloaders and a couple of boxes of shells. The .38 Special with its low recoil gives you plenty of time to make those headshots that will put them down. I often wonder how these guys ever scared anyone. 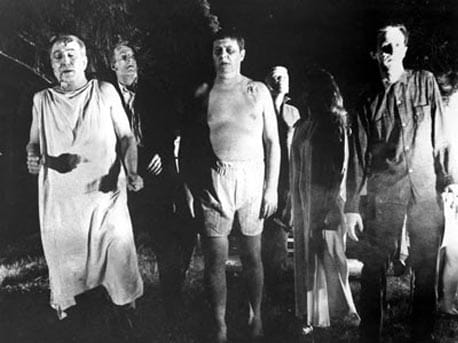 As zombies evolved over the years they got quicker and more tenacious, the Resident Evil zombies are fast, strong and have evolved so you need to take them seriously. If you encounter a pack of these predators you better have some more firepower so at the very least I would be running a Glock 21 .45 pistol or other high capacity pistol just because of the sheer number and speed these things will be coming at you. If you are recoil sensitive and don’t like the polymer guns, then I recommend a Browning Hi Power 9mm, maybe an AR-15 with a lot of spare magazines, too. 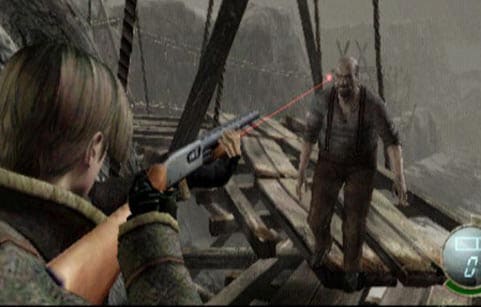 Other zombies don’t require you to be so picky with your shots, if you happen to run into a few of the undead from The Crazies then you are in luck because a head shot isn’t necessary to terminate the “life” functions of these drooling cadavers. Shots to the vitals seem to put them down just as easily, so I would get a nice 12 gauge pump shotgun or perhaps a decent AK-47 variant with plenty of spare magazines in case you happen to be in the midst of many of these behaviorally challenged coffin stuffers.

The latest batch of zombies is those from The Walking Dead. These are probably the most organized as they seem to want to travel in large herds and they work together, almost like a large bunch of Wall Street protesters. So far in the series they have proven to be another of the “head shot only” crowd as anything else is just going to make a mess and is a waste of ammunition.

These zombies are unique in that they are attracted to almost any noise and gunfire brings them in like a decaying moth to a flame. I would seriously consider something with a suppressor such as maybe an MP-5 or if a handgun was my only choice something from the fine Heckler & Koch line. Maybe even a suppressed .22 pistol or rifle if close in shots were needed and you had to be extra quiet so as not to become a pu pu platter for a pack of raging flesh eaters. 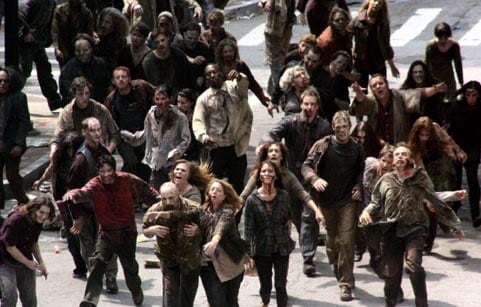 So if you suddenly find yourself in the middle of the zombie apocalypse it will be just like any types of shooting on live things, well sort of, but you get the picture. You will need to know what sort of flesh eating walking autopsy you are likely to run into. So plan appropriately and you won’t be on the menu for the mindless.