Yesterday, when we were talking about Venezuela securing licensing rights to manufacture their own AK-103s in-country, it reminded us about the other guns in the AK-100 family.  Most of them are AKs in different chamberings, dressed in plastic furniture.  But the AK-107 and -108, designed by Youriy Alexandrov and Valeriy Paranin, use a completely different action.

The two gas pistons are synchronized by a gear that passes through a series of holes down the length of the rods, so even if the gas pressure isn’t perfectly even against both gas pistons, they’re locked into the correct timing by the rack and pinion system.  The AK -107 is chambered in 5.45x39mm, the -108 in 5.56x45mm.

Newtonian physics is pretty clear on this one: the recoil would be nil.  You could lock this rifle into full-auto and empty one of those cool Russian quad-stack magazines in four seconds (900 RPM) and have every single shot overlap, a ragged hole the size of a half-dollar.  Is there a downside to that somehow?

All we can imagine is that yeah, yes there is.  That somehow the design is flawed, that it doesn’t extract or eject correctly, or that having two lesser mechanically-timed gas pistons was just asking for trouble; the 107 & 108’s were somehow prone to failure.  That being said, even if these were jam-o-matics, we would do bad things to spend some time with one.

And maybe, just maybe, they were too expensive to put into production.  At the time, it wouldn’t take much.  They were based off prototypes that were passed over in favor of the AK-74, when Russia was in a serious financial crunch.  Russia was planning on using the 74 as a stopgap before adopting the AN-94.  And even now it would be expensive for Russia to start issuing a rifle that would require some serious retooling; currently, the next gun for Russia is going to be the AK-200, which is an AK-74 with quad-rail handguard and flip-up iron sights. 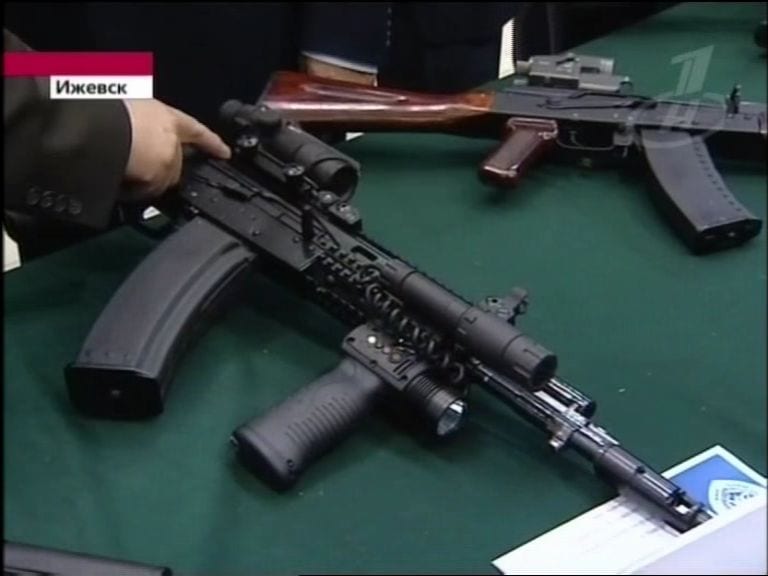 But even if the AK-107 and -108 were abject failures, we would still enjoy seeing one first hand.  They look like engineering marvels and we can’t help but think that with a little tinkering, there’s real promise in the design.