The Mossberg Just In Case

Ever have one of those days where you crawl out of bed and think to yourself, “Damn it, today’s gonna be one of those shotgun days.”  And you never know when you’re gonna need that shotgun.

Well the world can thank Mossberg for their 500 Just In Case.

Mossberg took a 500, slapped a pistol grip on it, cut the barrel down to 18.5 inches, and threw it in a sack in a tube.  The sack waterproof, the tube resistant and ruggedized.  Equipped with a strap, the Just In Case is happy to live in a closet, behind a seat, in the trunk, or on your shoulder.

Also in the tube is a sealed survival kit in a can.  Unless you get the Mariner version, then in addition to the Cruiser, which gets a Marincote finish, instead of a survival kit you get a multitool and a knife.  The tube is mad orange, too.

The third version of the Just In Case is the Sandstorm, which has a camo Cruiser and tube, and nothing else.

And finally, is the new version, the Just In Case II, which ditches the tube and survival kit for a take-down kit and compact, lightweight nylon bag; it’s better suited for camping or hiking, if not wielding quickly. 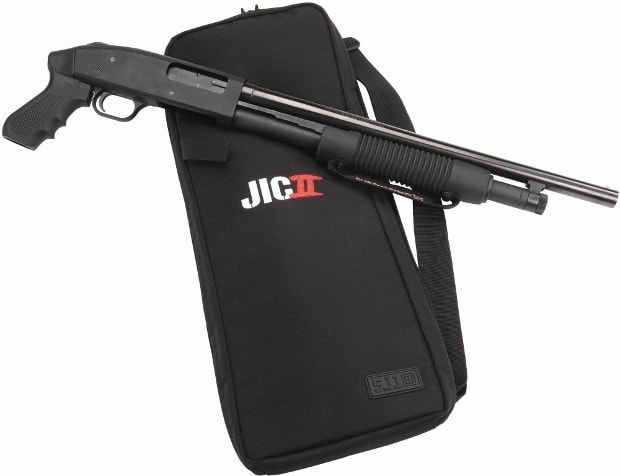 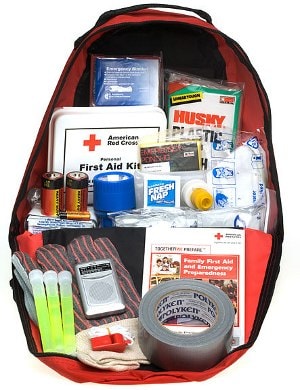 These are alright starts, we suppose, for survival kits.  There is a lot of extra stuff that would make a kit much more complete, but then again, there’s extra room in the tube.

On the other hand, the Just In Cases challenge a point: what is the ideal survival/bug-out gun?  Shotguns are extremely versatile but also a compromise; their ammo is heavy and bulky, you lose some range and accuracy…

.22s are favorites here for many good reasons, light weight firearm, super-lightweight ammo, and there are some extremely cool ones just for this, like the Henry Survival Rifle or the Marlin Papoose, but they’re not well-suited for self-defense.

There are still a few companies that make shotgun/rifle over-unders, but they’re full-size long guns; they do many jobs excellently but aren’t the easiest to haul around.

We definitely like these Just In Cases.  But that’s because we’re suckers for mean-looking pump shotguns.  Given a few hundos, would you get a JIC and buttress it with other supplies, or would you build your own kit, from scratch, perhaps with another firearm?