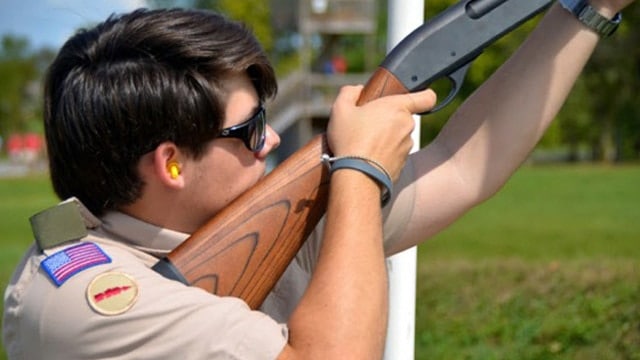 First of a two-part series

It’s become a semi-common occurrence: a young-ish person, age 32 or less, inquires about training, or even goes through my state’s somewhat troublesome process to obtain a concealed carry permit. In the brief taste of range work that they get, excitement lights up their eyes, and they express a wish to do more in some way. Some are interested in trying more guns. Some talk of how nice it would be to get friends together for a shooting session. Some just say it was more fun than they expected.

And then, the light in their eyes fades to a downcast gaze. What comes next is an excuse about not being good enough. Sometimes, that excuse is passed to me from a parent or spouse when I ask why so-and-so didn’t show up for training like they said they wanted to.

These familiar responses are, by and large, limited to the under-32 set. Sure, economic challenges exist as a barrier for some, but for many, the prevailing reasoning is fear of so-called failure. No one is a born shooter, and even the Rob Leathams and Kim Rhodes of this planet have to practice to stay at the top of their respective games. Interestingly, and tragically, I believe, today’s “Millennials” (a term used broadly here to represent people born or raised in the Information Age), have stopped having fun. My subsequent fear is that the average young adult’s resistance to becoming a shooter via the route of enjoying firearms and related activities like hunting will erode our American tradition as a “nation of riflemen.” What comes after that erosion puts more than just the gun industry at risk.

Maybe my concern is for naught; maybe this is a passing phase of societal influence that these individuals will outgrow. As with any trend, there are welcome exceptions, including the young hunters quoted below. Still, the repetition of the “I can’t because I might not be good enough” mantra is prevalent, and I remain concerned on how to ignite and maintain interest by young adults in the use of guns.

Curiosity and concern led me to conduct an informal poll of Facebook friends. Lots of fellow middle-agers responded with unsurprising input, bemoaning participation ribbon culture and the failure of older generations at instilling resilience in the younger set. One over-40 respondent, Milt, served up an important observation that no one else mentioned:

In a culture where everyone is a winner nobody learns how to judge the level of performance required to excel. It’s hard to even know your performance is substandard because everyone is conditioned to accept “good enough.”

Millennial respondents, plus another “oldster” who’s a schoolteacher, provided deeper insights into their way of thinking. The following is a sampling of comments, chosen for their unique details though they share common themes.

From my experience, fear of failure is starting at a younger age. I have 5 year olds in my classroom that are terrified to try anything new. From what I have observed, parents of these children expect nothing less than perfection. These students will not draw a picture because “it doesn’t look as good as yours” or play a game because “I won’t win.” Over the past 16 years, the classroom dynamic has changed to where I have more that won’t try than those who will.

I believe that the reason people are so, as you say, failure-phobic, and that advice givers tell us things like “failure is okay” all falls under the wider umbrella issues of “political correctness”.

In order to be completely PC, you must ensure that you never offend anyone, or step on their toes, or, heaven forbid, make them feel less than. We are taught that everyone matters the exact same, that everyone’s opinions always need heard (ironically stated as I want my opinion heard…), and how no one is to be a failure. Now, this has led to, instead of embracing failure, as the saying is to “learn from your mistakes”, we are so afraid of it.

The reason nothing is just fun anymore is because people are convinced that everything is all about winning. Instead of teaching kids that they can have fun even though they don’t win, people instead focus on making them feel like winners even though they aren’t. These kids grow up believing that the only way to have fun is to win, they don’t see fun failure as an option because they were never exposed to anything other than meaningless wins.

Pride I do believe has a big part of it… I have the hardest time ever doing anything (that includes something I’m great at in front of someone I think is judging me… I think the biggest part of me wants and thinks I will be perfect and when I’m not the pride in me is humiliated….. I end up feeling like I’ve failed at something I shouldn’t..and honestly my ego hurts.

It’s clear, our culture suffers from fear-based paralysis and, where challenges are concerned, fun is held at arm’s length. Fear of failure prevents people I’ve met from starting or progressing past the introductory level with firearms. Fear of prevailing over anotther’s performance causes some to stifle the enjoyment that goes with shooting practice. In a culture known in part for the common person’s ownership and skill with a gun, fear paralysis is poised to change individuals as well as the industry. Fear can prevent would-be inventors from taking action, would-be investors from taking a calculated chance, and would-be adventurers from stepping outside.

Gun owners of every walk of life, from the wingshooter, to the match competitor, to the soccer mom who logged some defensive pistol training hours, and all the rest, have skin in this game. A culture of people conditioned to not try new things will neither understand nor support gun rights.

What can be done to combat fear paralysis? I don’t have the answers on a societal level. However, as individuals, the identification and eradication of fear in its many forms has been well-mapped for decades. In Part 2, we’ll examine some practical strategies as well as revisit my Millennial friends for suggestions.