Training: Why you need to invest in some airguns now 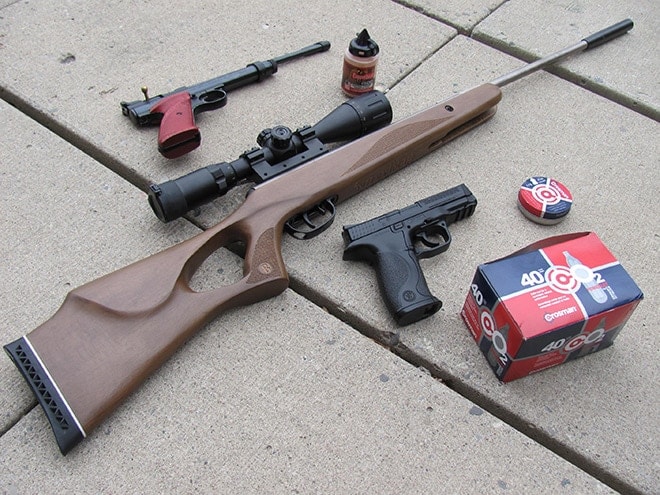 Different types of airguns have different uses, but like firearms at the end of the day they’re all pretty fun. (Photo: Andy C)

I stumbled into ownership of some airguns for the first time since I was a child about a year ago. They were given to me by a family member who knew about my shooting hobby and was getting rid of them. They spent some time sitting in cases before I figured if they were going to occupy space in my house, they’d better pull some weight. I loaded up a case of nothing but airguns and went to my usual shooting range for a decidedly quieter day of shooting, not sure what to expect.

Today I am a bit of an airgun enthusiast, though hardly an expert. I’ve learned to leverage these guns to benefit my firearms shooting and as their own type of tool. There’s a few practical benefits I’ll describe here and hopefully a few appeal to you. I’d like to convince every firearm owner that at least one quality airgun belongs in their safe.

Everybody knows that ammunition is costly, and that cost is one of the main reasons people don’t practice shooting. Even ‘inexpensive’ practice ammunition, when used at a moderate rate, quickly chews holes through your budget. This doesn’t even factor in the cost of range memberships and trips. While dry fire practice can provide an ultra-cheap and effective means to sharpen your skills without going broke, it can’t simulate putting ammunition into a target.

Airguns come into play here in providing an extremely cheap way to practice shooting, with the ability to simulate most disciplines you need to practice in. Whether you’re a precision rifle enthusiast, IPSC pistoleer, or want to brush up your self-defense abilities, there’s likely an airgun that can help with it. 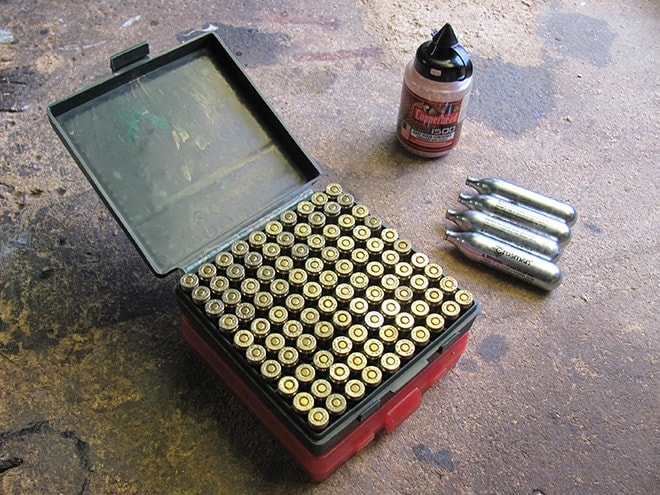 The consumables on the right will supply the same amount of shooting for less than 10% of the cost. (Photo: Andy C)

I do a lot of high-volume handgun shooting for ICORE, IDPA and Bullseye. The cost of ammunition adds up over time, even with handloading, when spending 200 rounds a week trying to improve my skills with various guns and disciplines. Two hundred rounds a week handloaded comes out to about $30, plus the time spent on the handloading! The same cost in firing one of my airguns to simulate shooting a revolver is a measly $3.20—next to nothing. It’s not the same, of course, but it’s still valuable, giving you good immediate feedback on your trigger control unlike dry fire, where you have to be strictly self-analyzing.

Then, consider that I can practice the airguns in my own home and it becomes a slam drunk. I have a simple pellet trap setup in my garage, and by standing on the other end of the room, I can shoot at a distance of 7 yards. That’s not very far, but by scaling the target down and considering the airgun I’m using is far less accurate than the revolver I shoot in competition, I’m still getting some quality trigger time. And I can do it without the noise, cost, time or hassle of packing up to go to my range. It allows for very consistent practice sessions, and by augmenting a weekly live fire session with two or three airgun sessions and daily (as much as possible) dry fire, I’m getting better scores and more practice for less cost than when I used to go to the range and fire more ammo.

From this perspective, over the long haul the airgun and its consumables are a fantastic investment. If you go through four boxes of 9mm practice ammo a week, it totals up to $30 using the cheapest ammo I can find. By cutting that in half, you’ll have enough to pay for a very good replica airgun and lots of consumables in a month, allowing you to practice more frequently and effectively spend less.

There are some downsides to airgun practice—obviously, the lack of recoil is the biggest shortcoming, but also shotgunners are left out in the cold for the most part. I’ve never seen a convincing airgun version of a shotgun that would be useful for trapshooters or winged game hunters.

But for the rest of us looking for affordable practice tools, airguns can be hard to beat.

While my personal focus on airguns is as firearm training tools, they have lots of uses independent of their louder brethren as well. The .22 cartridges are great pest control tools, but sometimes even they’re too much gun, or there are additional considerations. Noise is a big one. Not having to explain to the police you were just protecting your garden from furry invaders is another. In these instances, there’s a wide range of well-built and effective airguns. 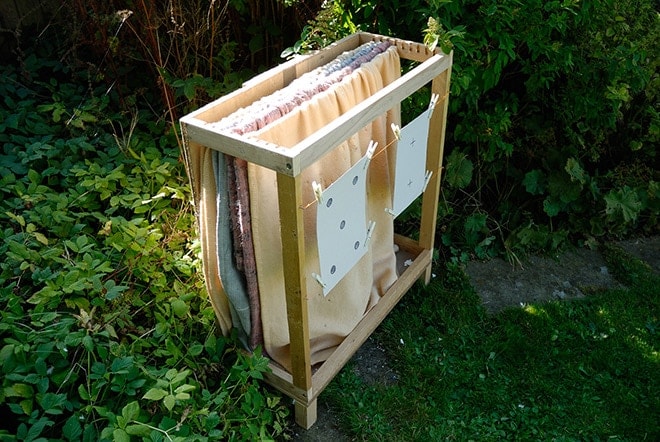 There’s endless designs for simple pellet and BB traps online, so you can make one tailored to your needs. (Photo: Andy C)

For pest control in particular, I consider an adequately-powerful airgun more useful than most firearms. Various rodents and winged vermin are ideal targets for hunting pellet guns, and the pellet causes far less disturbance to a garden or fence than any bullet. For legal considerations it’s also easier in some places to keep a pellet gun handy for when a rogue animal is trying to claw its way into your attic.

In the hunting realm, airguns have also made huge leaps, in particular with the pre-charged pneumatic guns. These can put out tremendous foot pounds of pressure, and some highly specialized airguns are being used to take down deer-sized animals. For those of us uninterested in such a pricey investment, much cheaper airguns can serve you well afield when hunting small game like grouse or squirrels.

An essential tool for preppers

For people interested in self-reliance beyond the 72-hour kit, I think an airgun is a top-tier addition to any well-stocked emergency supply stash, perhaps even before actual firearms (though not in place of). While not ideal for self-defense, in a pinch I’d take it over nothing and for most practical food gathering tasks in an emergency situation, the low profile and meat-sparing characteristics of a quality hunting airgun are huge priorities.

Reading accounts of survivors of nightmarish scenarios like the Siege of Sarajevo or the financial collapse of Argentina, most “hunting” quickly boils down to taking care of small game as quietly as possible. Next to trapping, an airgun is the ideal tool in these situations. Additionally, for those living with more oppressive governments, the lowly airgun is unlikely to be registered, confiscated, or cause trouble otherwise with authorities in stressful situations.

The perfect introduction to sport shooting

Hopefully you’ve done your part to try and introduce new shooters to our hobby, and maybe managed to convert some people into lifelong enthusiasts. For showing newbies the ropes, the airgun is the ultimate tool. It requires all the same fundamentals, particularly in safe handling, but helps mitigate some of the concerns a new shooter might have: there’s no recoil, no loud noise, and it generally provides a very soft introduction to shooting. If you’d like to introduce somebody to shooting but they seem a bit skittish about it, nothing will let you ease them in better than popping some cans with a pellet rifle. Teach kids with an airgun early so they don’t put anybody’s eye out! (Photo: IMDB)

This is doubly true with children, who can be safely given a low-velocity pellet gun at a relatively young age to show them the fundamentals without breaking the bank or risking putting them off with recoil and noise. If you have children, do yourself a favor and create some quality time showing your children to shoot safely with a low-powered airgun. It’s not much trouble to set up an indoor range and it will really ease them into it.

Airguns have more to offer to firearms enthusiasts than you might think. I have to admit they weren’t on my radar before I ended up in possession of a few, but they’ve become integral parts of my firearm training and general shooting hobby time. If I could go back and get into guns again from the ground up, one of the first purchases I would have made would have been a quality air pistol. I have a hard time thinking of any item in my gun safe that’s provided a better return on investment.

For training, hunting, and just recreational shooting, don’t overlook the humble airgun. They fit seamlessly into the hobby for just about anybody.