Upgrades for the Kel-Tec RFB

We’ve been living with the Kel-Tec RFB for a couple of months now, and the relationship is doing fine.  Even in its stock configuration, the dynamic bullpup is a kickass rifle.  But there are some improvements that can be made, so we’re going to check them out.

This is what the RFB looks like stock.  The bulk of the frame is dominated by polymer.  The lighter grey colors are either steel or aluminum.  When we initially reviewed the RFB we added a TruGlo riser and a Redfield Battlezone scope.  The combination is ideal and opens up the RFB’s range.

The first thing on the RFB that demanded attention was the magazine.  The one we had wasn’t reliable.  I’m willing to call it a lemon, actually.  And it isn’t the magazine as much as it is a faulty follower.  We had consistent feeding issues and some very strange nose-dives inside the magazine.  I’ve read up on the issue, and the problem seems rare. 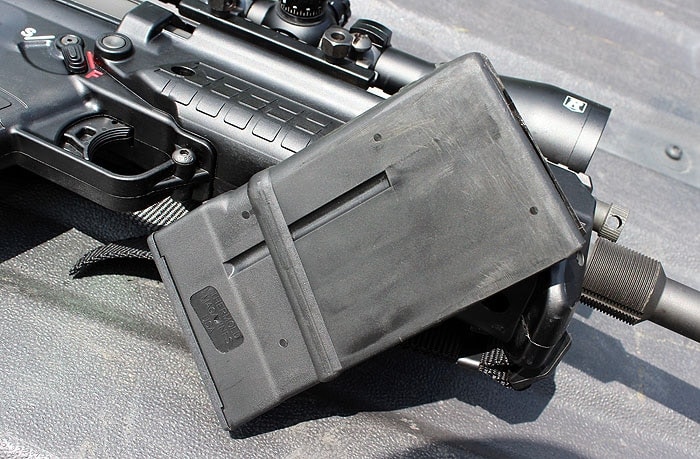 But it is a problem.  Thermold to the rescue.   As the RFB takes a 10 or 20 round FN/FAL magazine, they aren’t impossible to find.  The Thermold magazine works great and is readily available.  It has an MSRP of $39.95, but sells closer to $15.

The magazine does require some slight modification in order to get it to drop free.  But the plastic shows the wear points very well, and a quick hit with a file and some sand paper and the magazine works flawlessly. 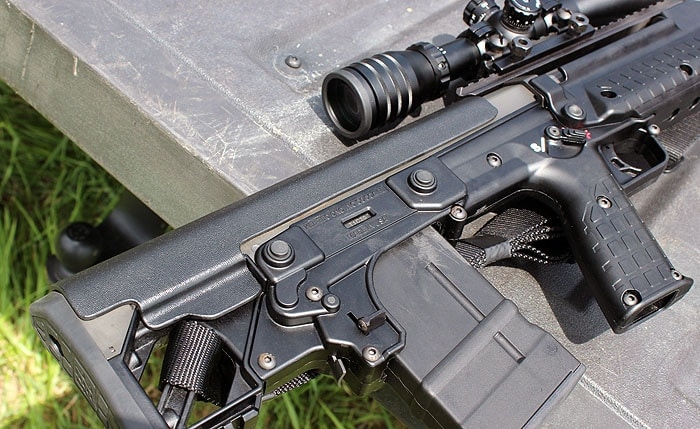 The next addition is all about comfort.  The RFB really needs a nice cover to cover the chamber cover, which is steel.  We found this to be true of the KSG as well.  The steel is really cold when it is cold.  And hot when it is not.  The cheek piece concept is super easy to understand, and flawlessly crafted by the folks at Cheek Cover have it mastered. 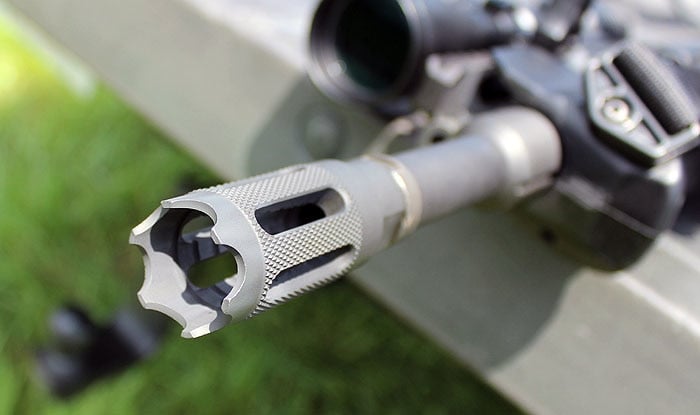 Cheek Cover has teamed up with Carlson Comp to offer a nice muzzle break for the RFB.  The R.A.S.P. comp looks a bit more flashy, but it isn’t.  It is designed to cut down muzzle flash and to reduce muzzle rise (which I don’t really find to be an issue in the big bullpup).  Cheek Cover sells the comp and cover combo for $110. 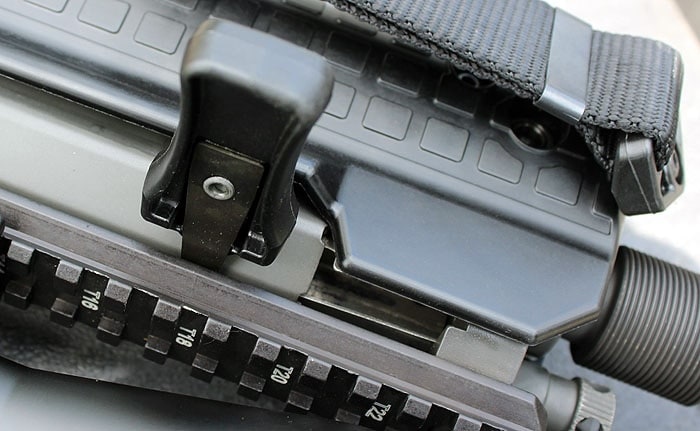 Kel-Tec sells some add-ons, too.  One of the most logical is the over-sized charging handle.  The springs in the RFB are really tight, so the larger handle gives you more to hold.  Their Tactical Operating Handle sells for $25.60, and is available from their website.

And maybe you’d like a sling, too.  It makes since.  The RFB has tremendous potential as a short to medium range hunting gun, and you certainly won’t want to carry it as you tromp through the woods.  Kel-Tec sells a nice nylon string, and the hardware needed to attach it to the front of the gun.  It is ambidextrous and easy to attach and provides a secure, comfortable way to carry RFB on your back.  $16 at the Kel-Tec store.