This gun started its life as a hunting gun.  The Harrington & Richardson Model 176 is a long 10 gauge shotgun chambered for 3 1/2-inch shells.  It is a beast.  This would be a great gun for knocking high flying geese from the sky.

H&R still make a 10 gauge turkey gun that is very similar to the old 176.  But if you’re looking for something to monkey with, the used market is flush with them.  A good 10 gauge single-shot will sell from $100 on up, depending on scarcity and condition. 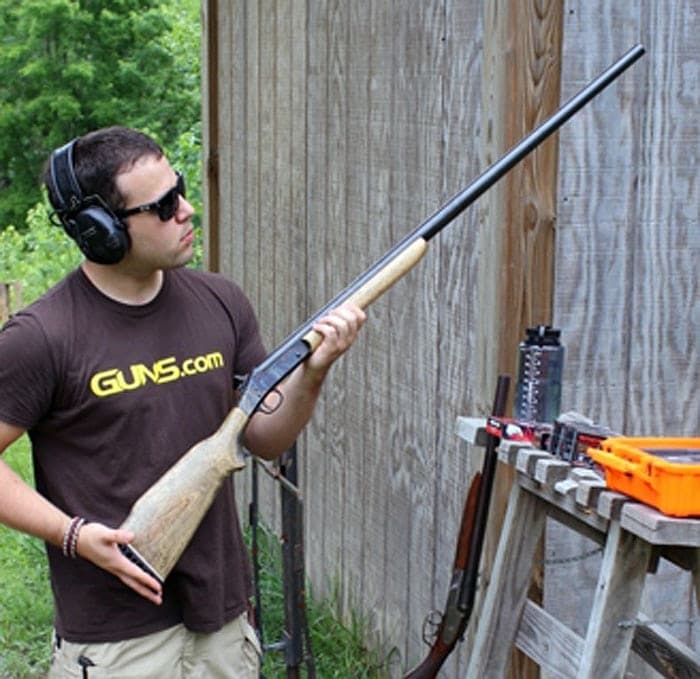 The old 176 was a handsome gun for what it was.  Someone had tried to refinish the stock on this one earlier, so it had a washed out look that wasn’t so flattering.  But the case hardening was nice for such an inexpensive shotgun.

These guns had barrels that were 3-feet long.  This helped shoot tight patterns at ridiculous distances. 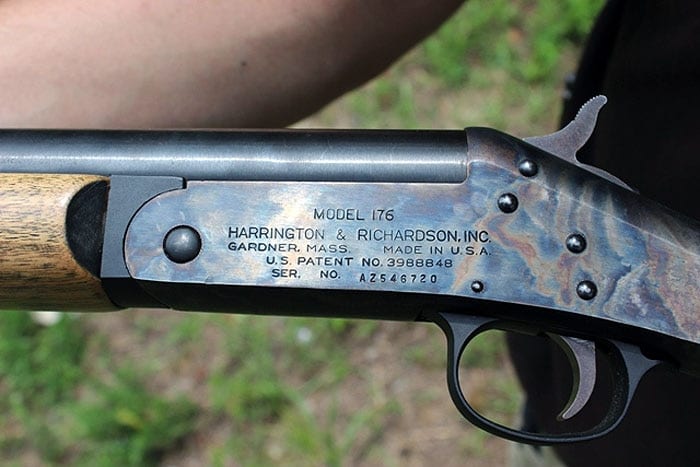 You simply have to lean in.  Oddly, shooting from the hip isn’t as bad.  I wouldn’t brace it on my hip, but it is easy enough to control.

To turn this into a defensive shotgun, Jacob cut it down the barrel to just over the legal limit.  He painted the whole gun in a high heat enamel.  It covered over the nice straw blues of the case hardening, but also made a much more durable finish.  These guns are prone to rust easily.

The damn thing will make a bigger hole.  No arguing with that.  But there doesn’t seem to be much debate about the effectiveness of the 12 gauge for home defense.  So why would you want to go bigger? 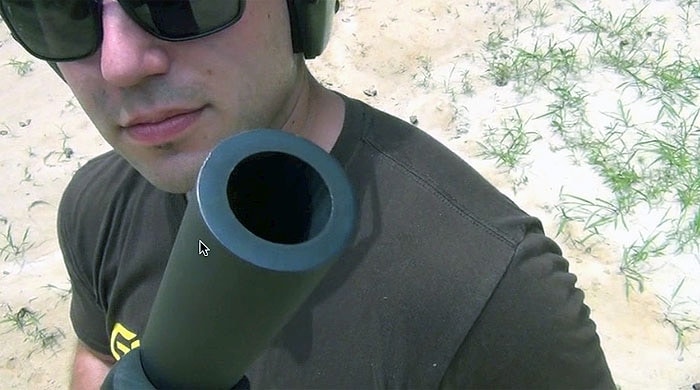 I don’t have a good answer to the question.  I’m content with the 12 gauge.  That said, I also understand that most 10 gauge guns are single shot, break actions.  That makes them a bit slow, and very limited (if you miss with the first shot).  So there’s that to contend with too.

But it is a dramatic gun.  There is a distinct joy in the contemplative and dramatic loading of the giant shell into the gun.  And that is punctuated by the one handed snap that closes the action.  Then the boom is deafening (and often accompanied by a nice fireball).  The whole thing is very Hollywood. 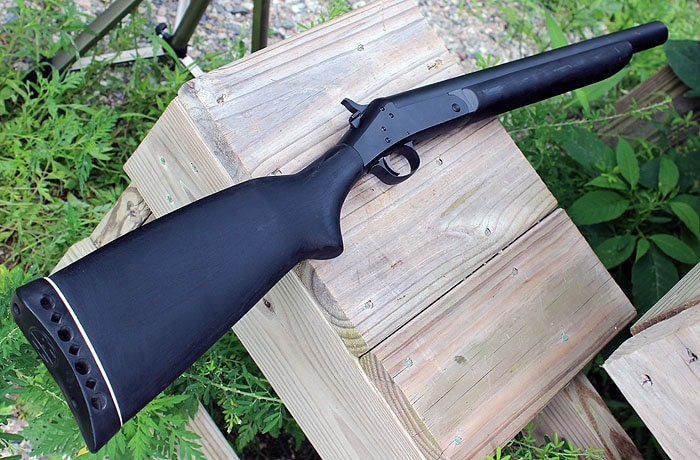 And not very practical.  Heavy, yes.  Slow, yes.  Limited, yes.  Fun?  Yes, that too.  But if you ever make a hole, and then have to make that hole bigger, and then wish you’d just made a bigger hole to start with, than maybe the 10 gauge is for you.