Viridian's X5L laser-light will have your enemies seeing green 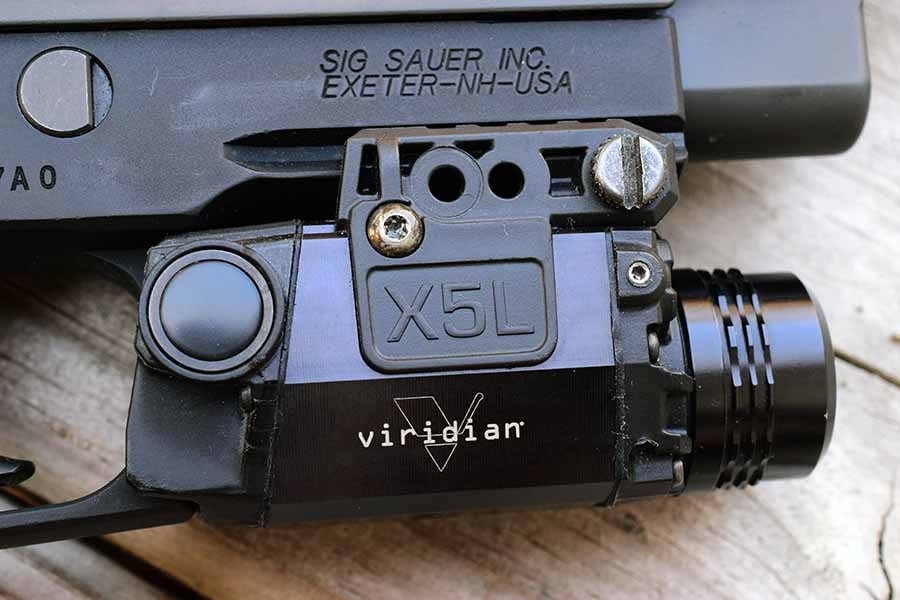 The Viridian X5L laser/light combo is the perfect addition to your bedside blaster. (Photo by Jim Grant)

In the firearms world there are two types of people: those who think laser-sights are crucial tools, and those, like me, who look at them as a crutch for bad shooters to lean on. I’m sure you’re wondering what the hell I’m thinking, bashing an entire accessory industry with a stroke of a (digital) pen. Well, to put it bluntly, in all my years of shooting I haven’t seen a single professional use one in competition and everyone who I had witnessed with one was either in the military or frankly, not a very good shot.

The problem with my opinion was twofold, firstly, I had little experience with using lasers on any weapon platform. So initially, my opinion was based on conjecture (on the Internet, no less!) and secondly, my sample size was far too limited to prove anything useful. So when a friend of mine said he was considering a Viridian X5L combination laser and light for his bedside gun, I shot an email to Viridian to see if I couldn’t take it for a test spin before recommending it to my buddy. 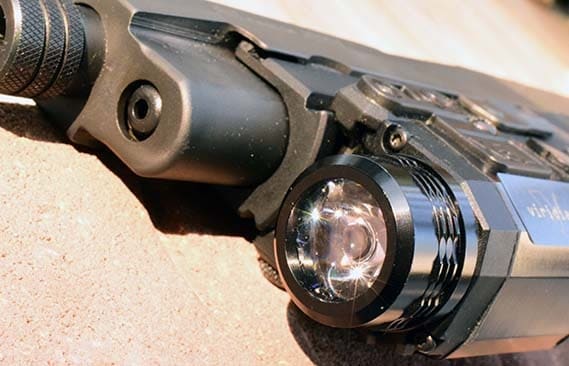 While Viridian is known for its lasers, their tac-lights are equally as impressive. (Photo by Jim Grant)

A week or so later a cardboard box shows up at my doorstep, containing what looks like the muzzle end of a Glock pistol in a blister-pack. I opened the box and retrieved the laser, ignoring the pamphlet and calibration screwdriver. In a highly (un)scientific test, I went into the bathroom, shutting both the lights and the door before pushing the circular switch on the X5L’s frame. I was greeted with a miniature rave concert of epileptic fury. Which brings me to an advantage of a pistol laser that hadn’t dawned on me, distraction and domination. With a laser as bright as the Viridian coupled with a tactical light, anything caught inside this vision-ruining beam, especially at night, will be totally disoriented like a deer in head lights. Throw in the addition of the strobe function and your head will start throbbing just thinking about it.

One of the key features that sets Viridian apart from its competitors is the use of a green (hence, Viridian) laser emitter, which is more visible to humans in a wider spectrum of lighting conditions (and also makes you feel like Jack Bauer). This increased visibility has an additional advantage as well, it draws your would-be assailant’s eye as well. Why does this matter? The reasons are twofold: the psychological impact of seeing a laser dot either on yourself or in your vicinity is nerving to all but the most hardened individual. The other advantage of drawing your attacker’s eye away is that he is less likely to be focusing on either you or his front-sight, which makes his job of shooting you that much more difficult. 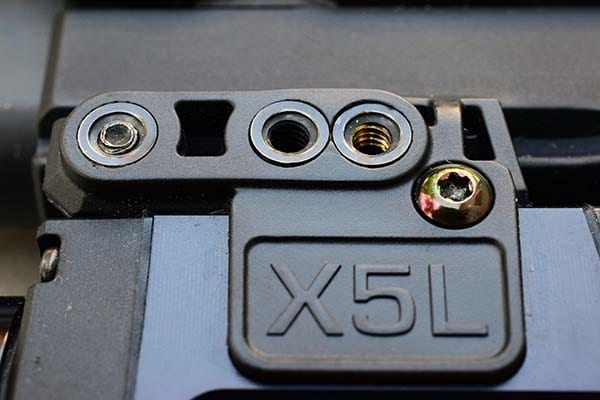 The X5L attaches to railed dust covers by installing a a screw through one of these three threaded slots. (Photo by Jim Grant)

Retailing for $409, it’s not cheap, but since it fits standard accessory rails located underneath most handguns, you can buy one and move it to whatever pistol you’re using at the moment — a word of caution, the X5L, like all tactical lights will prevent your handgun from fitting standard holsters.

The Viridian X5L had all-but-completely changed my mind until I saw my friend instructing his young cousin on how to shoot a handgun with the X5L attached. Normally, we would be forced to get very close to the target to diagnose why he was missing the target. Thanks to the giant green dot, we could watch him pull the trigger too violently and drag the muzzle off-target toward the ground. 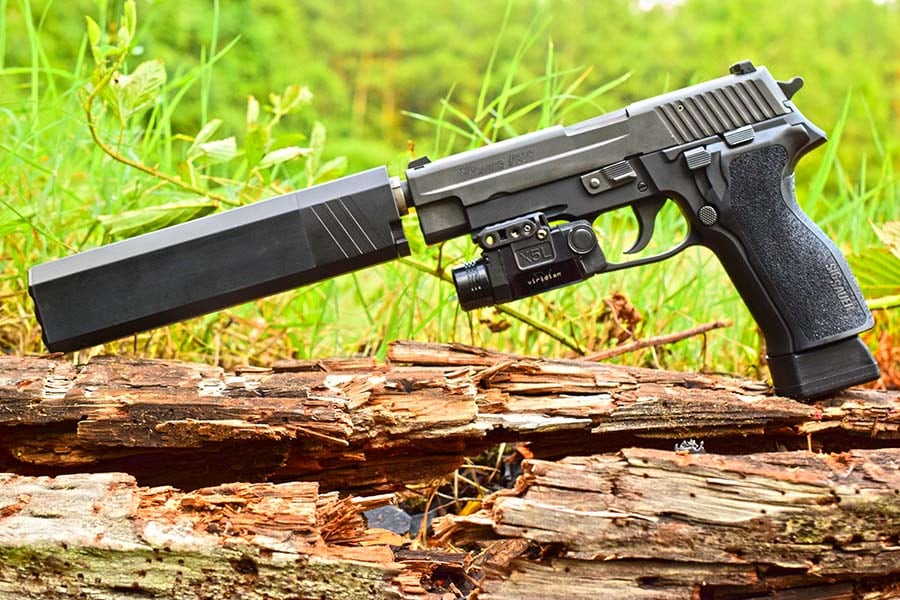 The X5L works equally as well on a stock handgun as this custom SIG P226 with Osprey sound suppressor. (Photo by Jim Grant)

With this information, we easily determined the little guy was anticipating the recoil and pull the gun downwards. Sure, any laser could be used in the same capacity, but the bright green Viridian X5L was visible in daylight. This allows greater flexibility when taking new shooters to the range for training or practice. Time being a precious commodity for those of us with children.

Overall the X5L combination green laser, flashlight is an indispensable addition to any bedside gun, allowing for faster target identification and precision shooting under nearly all lighting conditions.