Gun Review: The Walther PPK is the 1911 of true concealed carry pistols

With so many modern pistol designs out there these days, why is the 1911 still one of the most popular? The design is more than 100 years old, it’s heavy, and its magazine holds a pathetic seven rounds. It doesn’t even have a double-action trigger.

Compare it with the Glock 21, Springfield XD or FNP-45, and it can’t compete in weight and firepower. Why would anyone buy such an antiquated design as a serious personal defense weapon?

I asked myself the same question when buying my first concealed carry pistol. The Walther PPK had always been on my list of guns I’d like to own someday. It’s cool, well made, and has history behind it, but it’s also ridiculously heavy and underpowered compared to modern alternatives. 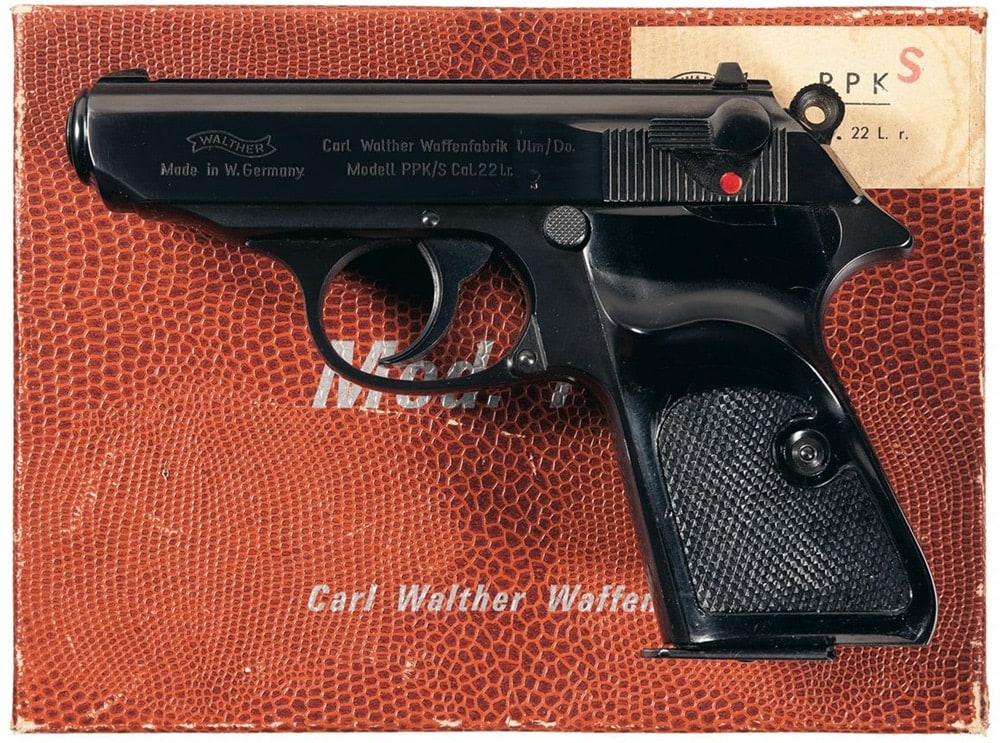 Looking to the past for answers

There are many options out there, with more popping up every few months. Because I already had a full-sized home defense/range gun, I wanted something on the opposite end of the spectrum. It had to be a gun that I could keep concealed wearing any type of clothing — one that wouldn’t get in the way of everyday life.

At the time, there were few guns that could compete with their .380 brethren for deep concealment. The Kel-Tec PF-9 and Glock 26 were contenders. Neither one suited me, however. The PF-9 felt like a two-by-four in my hand, and the Glock 26 seemed top-heavy, with its metal slide and tiny plastic grip. Finally, I settled on the Smith & Wesson Bodyguard 380. It wasn’t quite as small as some of the other options, but it felt much nicer in my hand and had decent sights. I loved the Bodyguard. It was everything I wanted in a concealed carry pistol. I loved it until I actually shot it. 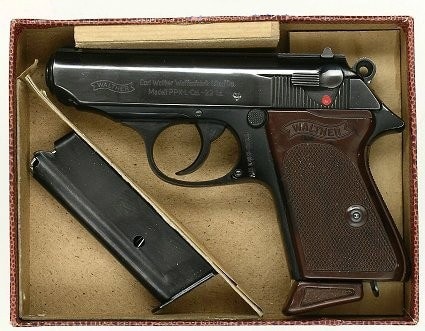 Safeties are a big deal with carry guns. In a life-or-death situation, the last thing a person needs to worry about is trying to disengage a safety. That was one of the reasons I thought a double-action only pistol made sense: its stiff trigger functions as a safety mechanism. There’s no way anyone will accidentally pull a 9-pound trigger under normal conditions. Therefore, any other type of external safety is probably unnecessary. It’s a great idea in theory. In practice, I’m not so sure.

The first time I shot the Bodyguard, I couldn’t hit the backing board, let alone the target. Shooting in double-action is a completely different experience from the single-action I was accustomed to. Keeping the hand steady while wrestling the trigger to the rear takes patience, strength, and a lot of practice.

Even seasoned shooters have a hard time with it. Some companies like Glock have certainly improved the double-action trigger by making it much lighter. However, if the purpose is to eliminate the accidental discharge, lightening the trigger of a gun without external safeties doesn’t make much sense. Though Glock has its own unique theories on effective safety mechanisms, I wanted the security of the heavy trigger pull and second-strike capability the Bodyguard offers. Unfortunately, these same attributes contribute to poor accuracy.

After more practice, I can hit targets at typical self-defense distances with the Smith & Wesson Bodyguard 380, but anything past about 10 feet is a struggle. With all the sacrifices Smith & Wesson made to keep it as thin, light, and safe as possible, it lost its edge at distance. I figured this was an attribute of all pocket guns until the first time I shot the Walther PPK. 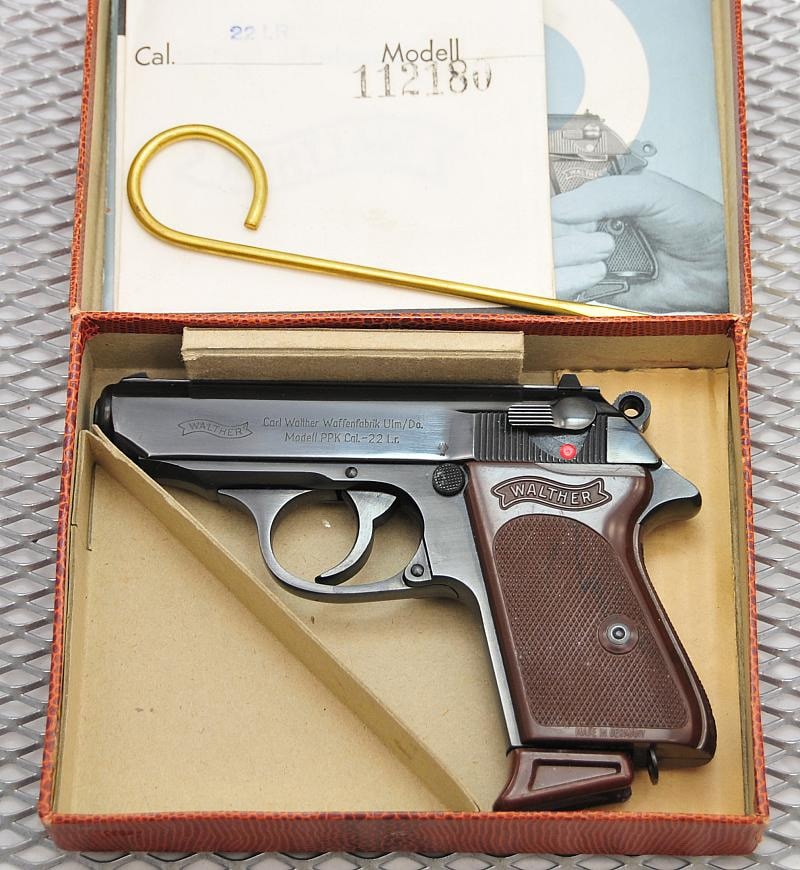 The Walther PPK is a German double-action/single-action semi-automatic pistol first issued in 1931. It is easily concealed, and was used by the German police and military during the World War II era. Derived from the larger Walther PP, it became a world standard in concealable semi-automatics. It’s been copied time and again, and is still produced to this day. The PPK/S is another variant, created by merging the PP’s longer grip portion with the PPK’s shorter slide and barrel portion. The PPK/S allows for one extra round in the magazine due to the slightly longer grip, but is otherwise exactly the same as the PPK.

My dad bought a Walther PPK/S in .380 ACP because he liked its ergonomics, caliber and style. It’s the Bond gun, so of course it’s cool, but not very practical. Compared to the Bodyguard, it’s large and heavy. For a gun weighing more than 20 ounces, I would expect it to fire at least 9mm and hold a minimum of 10 rounds, like the Glock 26.

On paper, the PPK isn’t a good choice when considering an everyday carry weapon. There are so many better options out there, yet if you were to ask me which gun I’d choose to carry on a daily basis, it would be the PPK. It isn’t what’s on paper that appeals to me — it’s what’s not on the spec sheets. It feels nice in my hand because its ergonomics are good. Most modern pistols built specifically for carry are very flat. To me, modern pistols feel like holding something built from Lego bricks. The PPK is curved in just the right places, but still carries well. The all-metal construction feels solid, unlike that of the Bodyguard, which feels tough. The PPK, however, feels indestructible. 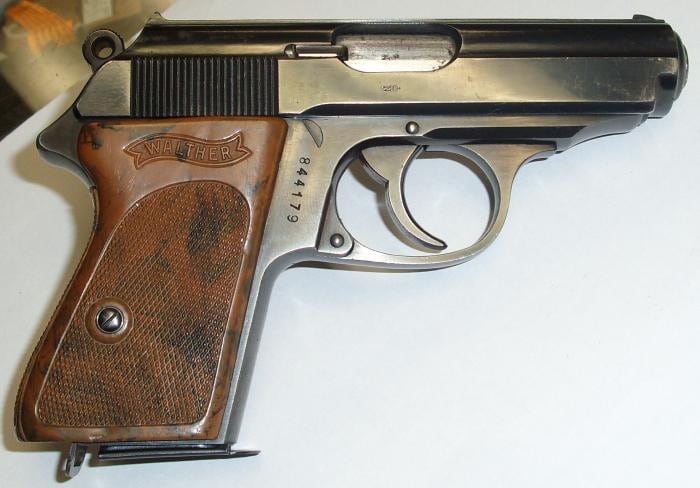 The best thing about the PPK is its trigger and safety setup. It’s a traditional double-action/single-action gun. It also has a de-cocker that doubles as a traditional external safety. These features allow for a few carry options. One could carry it cocked and locked, like a 1911, but the most common way is with its hammer down and a round in the chamber. The stiff, double-action trigger pull serves as prevention against accidental discharges, like the Bodyguard, but every shot after that has a light, crisp, single-action trigger pull. With the PPK, I hit the target every time at 15 feet the first time I emptied its magazine. It was so natural for me because it is so much like my range workhorse, a CZ-75B.

The M1911 of concealed carry pistols

Modern firearms designs are great. It’s amazing what companies are doing these days to keep innovating. Magazine capacities keep going up as weight keeps going down. When I look at what’s out there, however, every new design is evolutionary rather than revolutionary. The 1911 is still the basis for nearly every modern pistol design, and for good reason. A countless number of people have trusted their lives to the iconic pistol, and many wouldn’t be here today had it not been for this remarkable design. It’s also still one of the thinnest .45s on the market and generally has an excellent trigger out of the box. 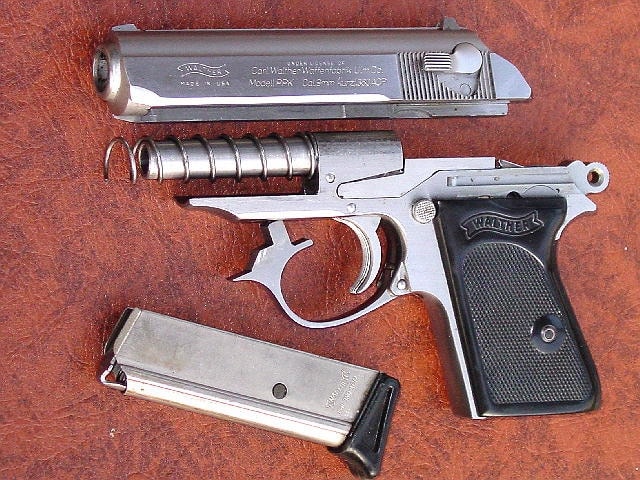 To me, the Walther PPK is the 1911 of true concealed carry pistols. It’s not the smallest or lightest. It also doesn’t hold very many rounds for its size. What it does is strike a perfect balance between size and accuracy. It’s not too big that it couldn’t be concealed under most clothing. It’s not too small that it’s difficult to grip properly. The caliber is adequate, but not over-powered, for its size. Its fit and finish are second to none, especially in stainless steel. The DA/SA with de-cocker design is still the best setup for many people, and it offers the safety of a double-action, the better accuracy inherent to single action, and second-strike capability.

In the end, the X factors are what sell me on the Walther PPK. In my mind, real guns are still made from metal, external hammers make more sense than internal strikers, and DA/SA is the best setup on a carry pistol. My set of requirements is completely different than someone carrying a sidearm all day, every day, though. It isn’t very often that I carry all day long. I’m usually either at home or at the college where I teach. At home, it doesn’t matter if a gun is heavy. Even if I want it close by, I don’t have to carry it. At the college, due to the nature of such institutions, law-abiding citizens aren’t permitted to carry inside the facility. Therefore, weight isn’t a major issue for me. As long as it’s comfortable to carry for a few hours at a time, that’s all I need. 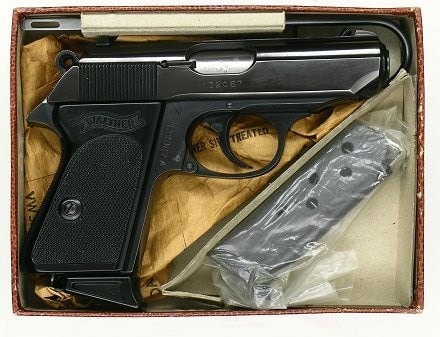 There’s just something about the PPK that the Bodyguard doesn’t possess. It’s an iconic design with a lot of history behind it. It has a proven track record. While I don’t regret buying the Bodyguard since it does its intended job and is less than half the price of the PPK, I would rather be carrying the PPK. The PPK is a flawlessly restored 1967 Ford Mustang, and the Bodyguard is a 2011 Honda Accord. The Honda might be cheaper and more practical, but the Mustang is more fun. And which one are you more likely to pass on to your grandchildren?