The .460 Rowland is one of the most unique chamberings of the modern era.  It was the side project of wildcatter, gun TV celebrity, and shooting enthusiast Johnny Rowland.  His basic idea was to make a 1911 shoot like a .44 Magnum.  He more than succeeded.  With a name that rock-and-roll, what else could anyone expect? 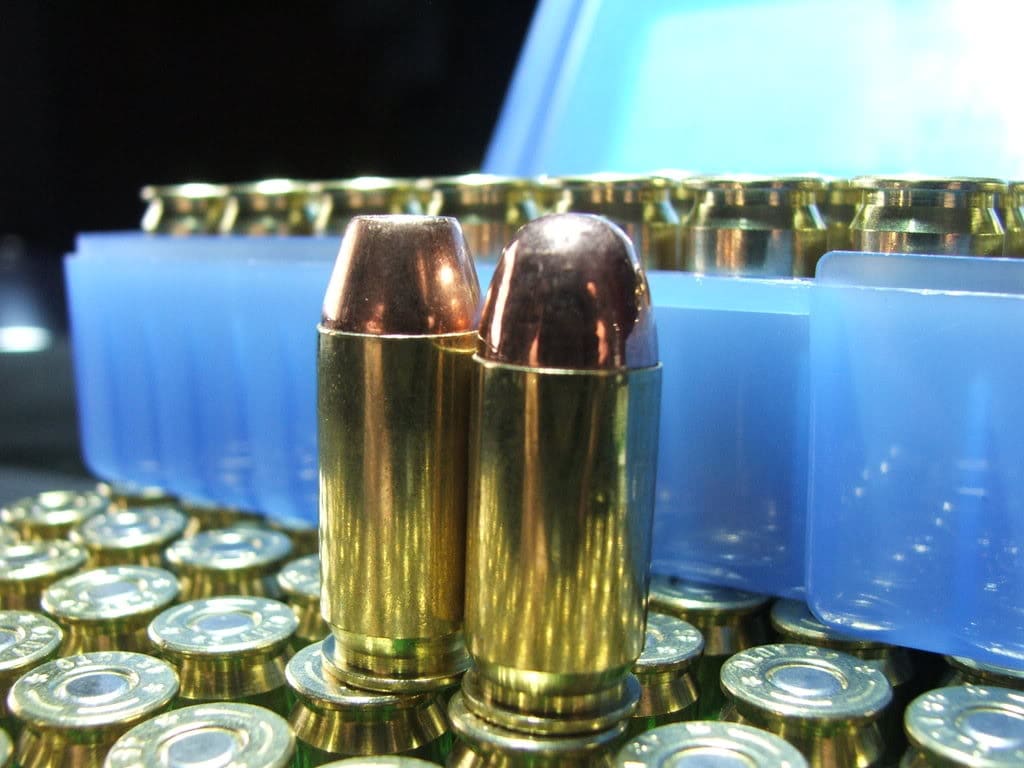 So yeah, the basic gist of it is big bullet, high pressure.  What’s impressive is how simple the design is; in fact, if not for its simplicity, the .460 Rowland wouldn’t have ever made it.  It’s based off the .45 ACP; hell it downright is a .45 ACP.  It uses .45 ACP brass, primers, and bullets.  But not the powder.

Pistol powders have changed, gradually, since 1906 when Colt and John Browning finalized the .45 Auto.  So has metallurgy and manufacturing in general.  With the right chamber, you can absolutely crank up the pressure on a .45.  A lot. 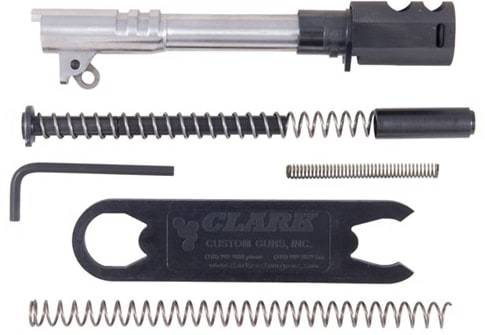 So a couple of things had to happen.  Even though the case looks as though it’s destined for .45-hood, it’s left 1/16″ longer than .45 ACP, and it’s a little thicker to cope with the pressure.  Because the bullets headspace at the case mouth, adding a little extra length prevents .460 Rowland cartridges from being chambered in .45 ACP firearms.  This doesn’t change the overall length of the cartridge since the bullet is just seated down a bit lower, meaning .460 Rowland uses .45 ACP magazines without modification.

And as is the case with 1911s, beefing up their recoil springs just isn’t enough.  At 40,000 PSI, the pistol will cycle too quickly to be reliable; the barrel must be extended and use a compensator.  That’s it.  Very, very simple.  To shoot it, you need a special barrel and recoil system; you can use your current handguns.  You don’t need any special reloading tools for it, either.  You can use regular .45 ACP dies and equipment.

To achieve this, Johnny Rowland got together with Starline Brass and then later Clark Custom Guns, and presto, one magnificent cartridge (for amazing looking guns). 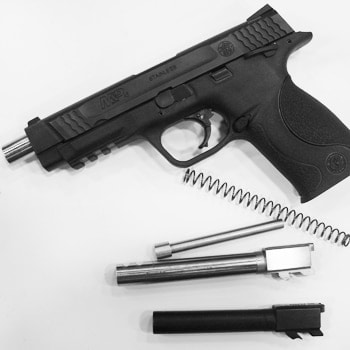 But the thing that makes the .460 absolutely unique is quite how successful it is.  We’re not talking about one firearm manufacturer or one ammunition company working out a niche cartridge to highlight a new product of breathe life into an old one; we’re talking about one dude who, with the help of a small handful of gun and ammo experts, managed not only to make an impressive new cartridge, but develop an entire ecosystem of supporters, including major gun names like Wilson and Cor-Bon.  .460 Rowland has legs and it strides. 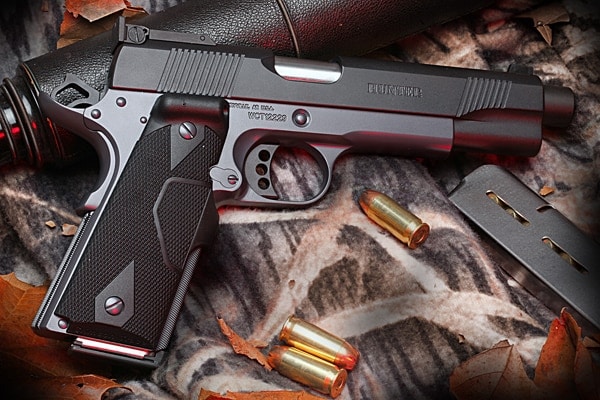 While the whole thing started out with 1911s, Rowland offers .460 conversion kits for Smith & Wesson M&P pistols, Springfield XDs, and Masterpiece Arms’ MAC 10 pistols and carbines, and there is an AR upper is in the works. 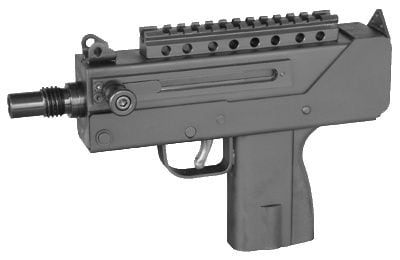 We don’t expect the .460 Rowland to elevate into the mainstream, but we don’t expect it to die off, either.  And the more we talk about it, the more it’s what we want to shoot.  We don’t even need to go hunting with it or anything.  Give us a .460 Rowland and some bowling pins and we’ll do just fine…