What We Want to Shoot: Judges and Governors

Recently Taurus released a new Judge revolver, and the did not stop dead in its tracks following Taurus’ complete shift in direction.  The 4510TKR-3SSR, or 3-inch Judge with a fiber-optic front sight, a ported barrel, and a picatinny rail for accessories now in stainless is a slight tweak on a well-established type of handgun. 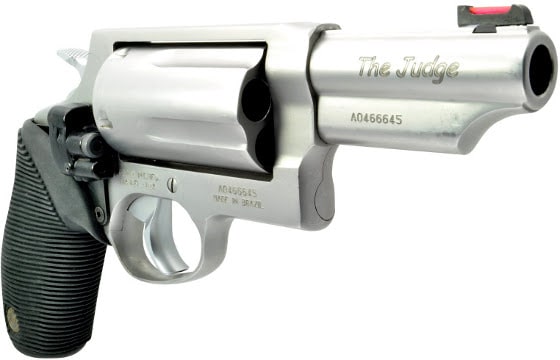 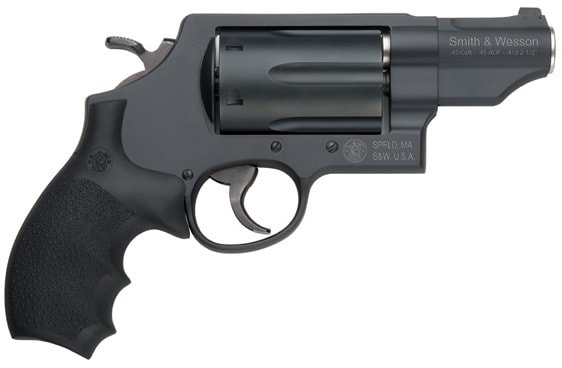 Sure, they’re neat in the fact that they can use multiple types of ammo, but they can’t use any of it really well.  They’re perfect snake guns but, seriously, there aren’t that many people who have snake issues.

It’s not like .410 slugs are great for much, either, at usually less than 100 grains; you’d be better off with a snub-nosed .38, and you’d save money any way you look at it.  .38 costs less than $1/bullet last we looked.  If you find a good brand of buckshot, you’re a little better off, but still. 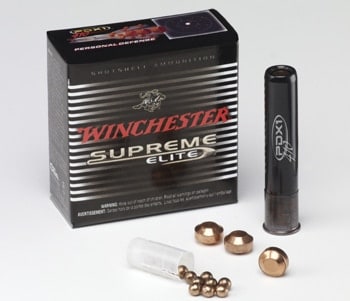 Taurus and Smith & Wesson have been selling so damn many of these guns, Winchester started making special ammo for them, PDX1.  It’s three 000 buck disks and a dozen BBs.  And just when we started thinking a fool and his money, well, this happened: 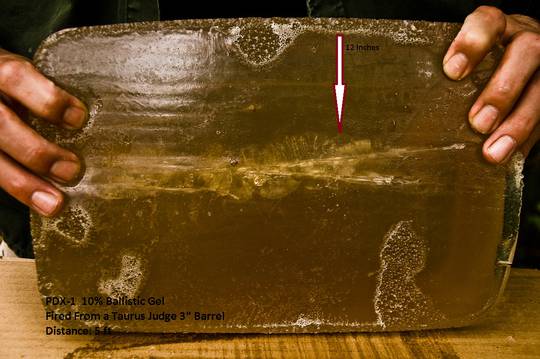 “The 3 discs appeared to flatten, turn into “shrapnel” and continue to penetrate to a max depth of 13.75″. Only a few minute fragments of the discs were recovered.  Two of the of the pellets appear to have exited the block, the rest penetrating 8″ to 14″.” 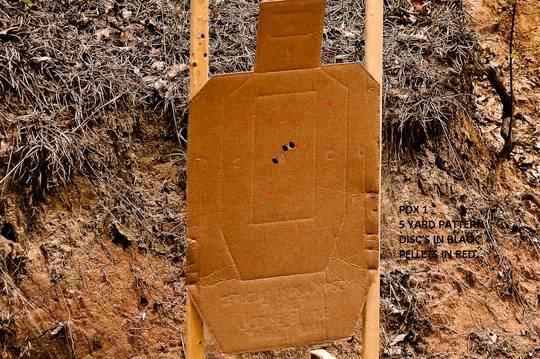 If you build it… By and large, our policy when it comes to calibers and effectiveness is pretty much summed up by not wanting to get shot by anything, ever.  But those PDX1 results are terrifyingly impressive.  You’re looking at three 000 pellets going fast and staying grouped, hitting the same area at the same time, and then everything else getting cooked with BBs.

With the right kind of ammo, these .410 revolvers are a completely different product.  We still have no idea why they took off in the first place, but now we have to admit: the Judges and Governors have earned their keep.

And that makes us want to shoot them, and their long-barreled carbine brothers, which actually do very well with .45 Colt:

“I will admit that when I started testing the Circuit Judge, I had my doubts about the accuracy that could be achieved using 45 Colt ammunition, and regarded the revolver as more of a shotgun, with the novelty of being able to fire the handgun ammunition for purely close range plinking. I was wrong. I was expecting no better than four inch groups at twenty-five yards, due to the long cylinder for the short cartridge, but was very pleasantly surprised with the excellent accuracy displayed by the Circuit Judge. The little carbine would cluster five shots of 45 Colt ammo into a one inch group at twenty-five yards, and do it all day.”