Why muzzleloaders are great for squirrel hunting 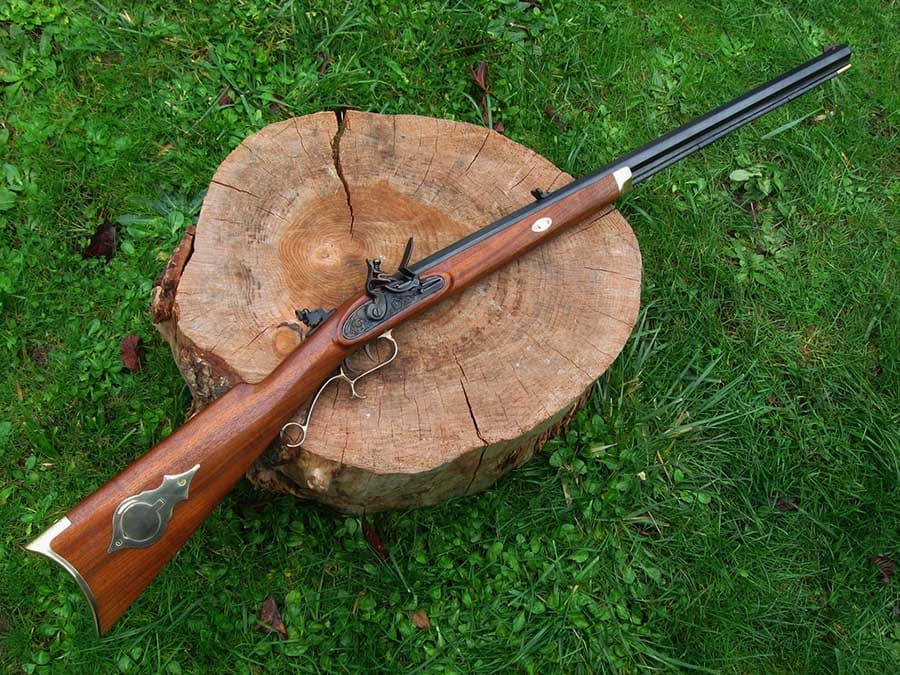 Muzzleloaders may look like antiques, but still have life in them yet. (Photo: Ar15.com user Smashy)

It is often a right of passage for a father to pass on the knowledge and wisdom of hunting to his son. A popular first choice are squirrels and other small game using a rimfire rifle, like a Ruger 10/22. Unfortunately with ammo prices remaining high and still scarce years after the panic. Finding a reliable supply of .22 long rifle ammo is like finding compromise in Washington. Still there is another option that not only brings one back to the woods, but can connect shooters with their descendants in a way most never imagine, a muzzleloading squirrel rifle.

I was introduced to the wonders of blackpowder small game hunting when my grandfather gave me his CVA Squirrel Rifle that he made as a kit back in the late 1970s. This .32 caliber muzzle-loading rifle is loosely based on Kentucky rifle designs of the early 19th century. After a few days of target practice,  I quickly learned how effective one of these little round balls can be on tree rats and other small meals. The .32 has gotten a bad rap over the years for being underpowered, hard to clean and even harder to load. If the .32 is such an albatross, how did it reign as the king of the small bore muzzleloaders when many frontier families relied on small game for the table? 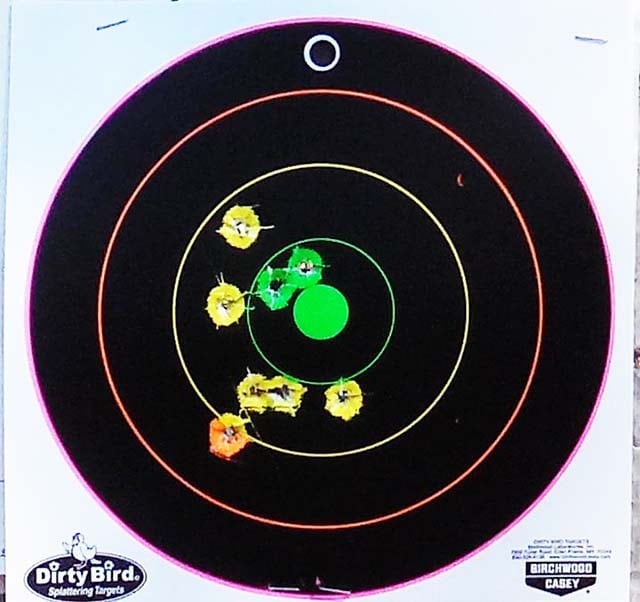 Muzzleloaders are capable of much greater accuracy than most give them credit for. (Photo: David LaPell)

The .32 round ball also holds the ballistic advantage out to 50 yards. This distance on small, moving targets is where I put the limit on any gun with open sights. At 100 yards, the .32 has lost more than half of its velocity and has dropped nearly 10 inches, yet in the thick brush I have rarely even seen a grey squirrel or a grouse that far away.

Within those 50 yards, any squirrel or other small game is in serious trouble as long as a shooter does their part. These same stalking skills employed with the .32 also help later during deer season.

Reports on the difficulty of cleaning .32 caliber muzzleloaders are exaggerated. Often they  can be attributed to poor powder selection. I’ve found Hodgdon’s Triple 7 in the FFFG variety or Pyrodex P makes the gun much easier to maintain and clean than pure black powder. Shooters can often get 15 good shots from the .32 with either powder before needing to clean the barrel. Initially I utilized .015 inch patches, but found the .010 makes it much easier to shoot and load. Though shooters used to larger caliber muzzleloaders like .50 caliber rifles, might find maintaining the .32 tedious, as it takes twice as many patches to clean. 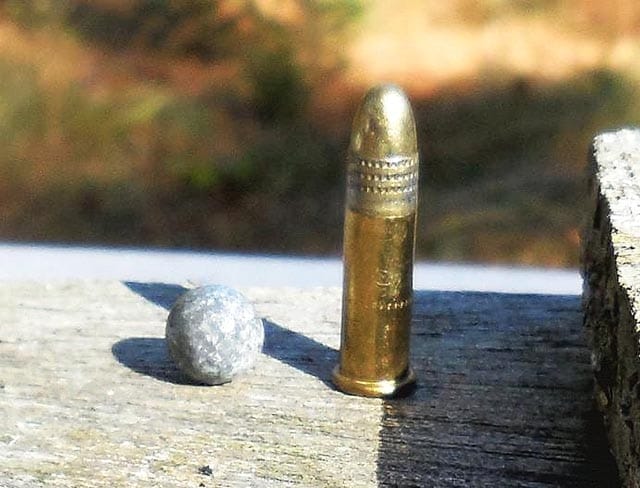 So what about getting the supplies you need to make a .32 work? Most of the times I end up buying patches for a .45 or a .50 caliber rifles and cut the patches into smaller pieces instead of trying to find .32-specific ones. Shooters can season and lubricate all patches with nothing more than Thompson Center Bore Butter. This coupled with an empty pill bottle or 35mm film case holds more than they’ll need in a year of shooting.

Many ammo-makers produce proper small game rounds. Personally, I prefer Hodgdon’s .32 caliber lead round balls because they are effective and inexpensive, running $12 for a box of 100. Just make sure that to get the .310 inch diameter rounds and not the .320. These larger rounds are for black powder handguns that don’t need a patch to seal the bore. The rounds are tiny, any more than enough can be carried in an empty percussion cap container.

The .32 is very economical to shoot when it comes to the cost of powder. One pound of Hodgdon’s Triple 7 FFFG can net an average of seven hundred shots if shooters stick to a ten grain charge. At $20 a pound, this is cheaper than a brick of .22 long rifle. There are even moulds for the .32  for shooters to make their own round balls as well, which can net them enough for a couple of years with a single pound.

Several manufacturers still build.32 Squirrel rifles. Pedersoli makes a Kentucky and a Pennsylvania rifle in both percussion and flintlock, Dixie Gun Works has their Cub rifle and Traditions has their fine Crockett rifle.

One suggestion for shooters of .32 muzzleloaders that come with wooden ram rods: replace it with a fiberglass or aluminum rod. The rod is only a third of an inch thick and can easily break if too much pressure is applied, possibly injuring the shooter.

The .32 is a surprising accurate round, though the traditional-style sights require dedicated practice to become proficient with. I recommend using realistic size targets. Squirrels are not very big and your targets shouldn’t be either. Playing cards work great in this case and keep your shots at a realistic distance. Once a shooter is capable of hitting the king on a playing card at 25 yards with open sights, they are more than ready to shoot their first squirrel.

The .32 Squirrel Rifle helped the frontiers put food on their tables more than a hundred years ago and  can still do it today. Don’t let the lack of .22 ammunition keep you out of the woods, there are alternatives, you might just have to get a little more primitive to go about it.