Why the Boberg XR9s is ideal for summer carry 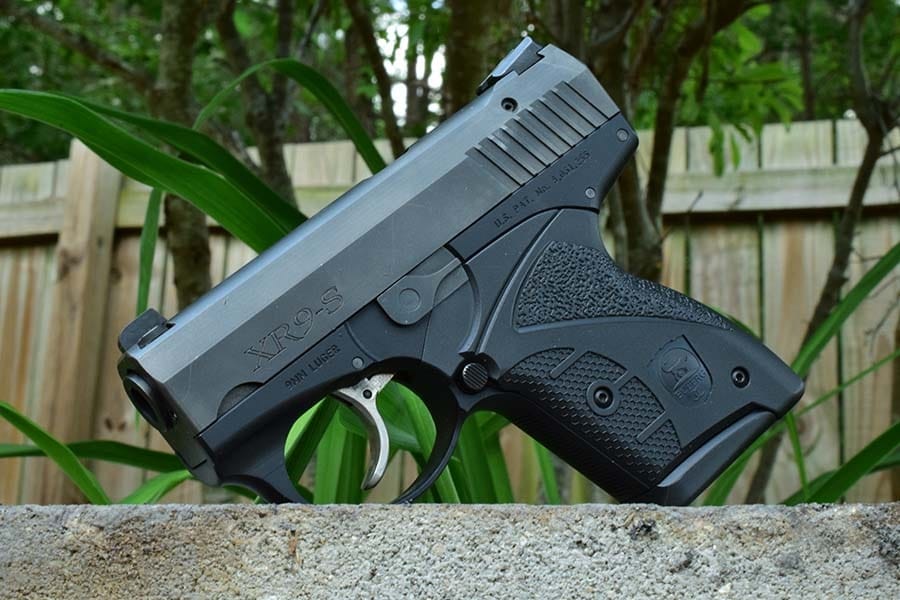 Compact firepower in an ergonomic package…from the future. (Photo by Jim Grant)

It’s warming up, and CCW guys know what that means, dressing around that huge honkin’ piece of fire-breathing steel. Maybe you’re one of those guys who wears a photographer’s vest everywhere he goes to conceal your dual 1911s under each arm. Perhaps you simply opt to wear clothes that don’t fit, and shove a mid-sized automatic in a holster inside your waistband. Some folks say, “the hell with all that” and carry a little derringer or .22 LR revolver like a North American Arms Sidewinder inside their pocket. Me? I’m like the late poet Robert Frost — the take the road less traveled guy — and carry a bullpup 9mm pistol smaller than a J-frame Smith & Wesson. The Boberg Arms XR9s. 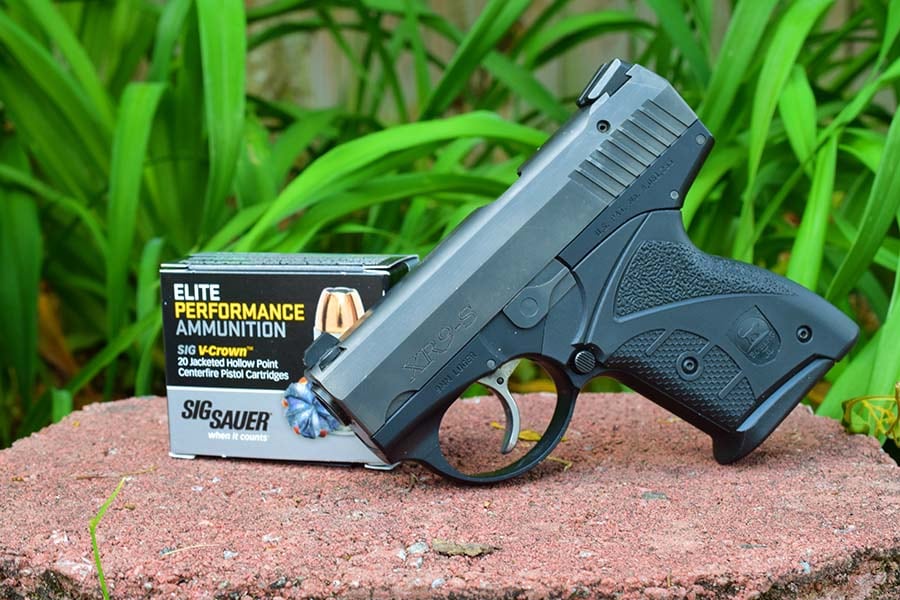 The XR9s has expensive tastes, but also like Wolf and Brown Bear ammo. (Photo by Jim Grant)

Don’t get me wrong all of the previous solutions are viable, but they’re not for me. I’m too young to look normal wearing a photog’s vest and too vain for poor-fitting clothes. As for the derringer option, I’ve fired them before and they’re great — if you wait until your attacker is on top of you before shooting them.

The Boberg XR9s uses a combination of proven methods of operation and innovate solutions to uncommon problems. For instance, the XR9s is configured somewhat like a bullpup rifle in that the magazine is forward of the chamber, though just barely. Upon firing, the barrel rotates and the lugs on the barrel cam against the slide, out of battery, and unlocks the slide. The unlocked slide travels rearward, grasping the rim of the next round and pulling it behind the chamber. As this occurs an internal elevator (read: tiny metal ramp) acts as a feed ramp that guides the round into the chamber. 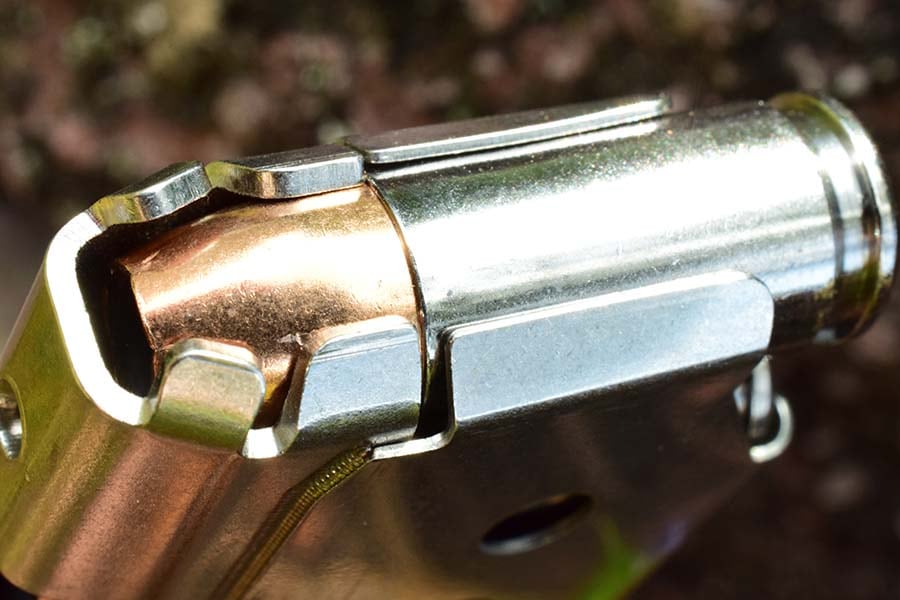 The XR9s magazines are unconventional, to say the least. (Photo by Jim Grant)

The point of all this is to make the gun as small and controllable as possible. Beretta uses a rotating barrel on the PX4 Storm handguns to great effect at reducing felt recoil. The Boberg’s magazines are a different story. Since the rounds are extracted on the rearward cycle of operation, the rounds feed from the rear of the mag, instead of the front. Additionally, in an effort to reduce the possibility of tilted magazine followers, Boberg Arms eliminated them altogether. You heard me right, the magazines don’t use a follower, just a spring. If this makes you uncomfortable, rest easy, Boberg recently started offering followers for people who prefer them. 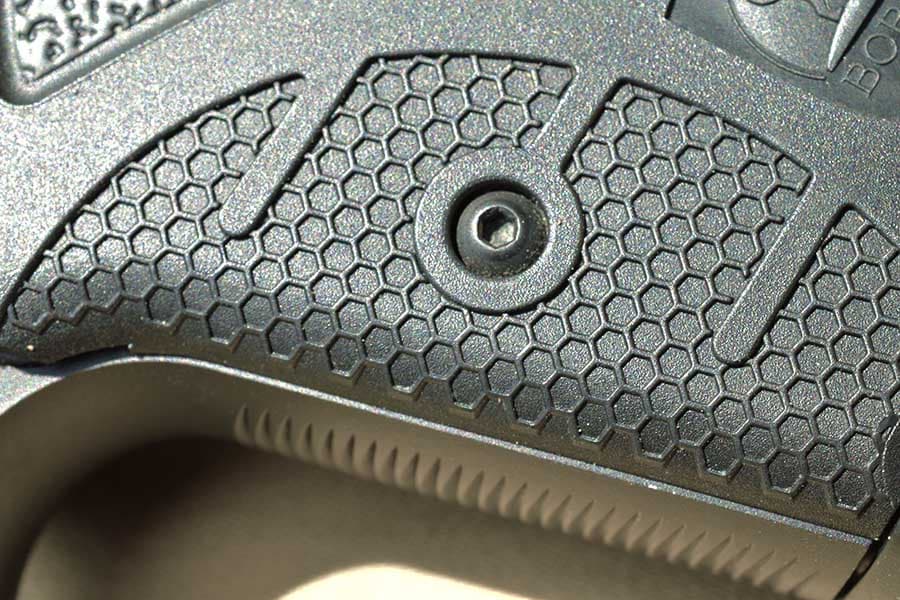 The attention to detail on the XR9 is incredible. (Photo by Jim Grant)

At the range, the XR9s is more accurate, ergonomic and controllable than my Smith & Wesson 442 of the similar size. Though not everything about the XR9s is superior to traditional designs. For starters, the gun is more ammo sensitive. Due to its feeding method, the XR9 works more reliably with rounds that are either crimped or otherwise sealed bullets. Boberg has a list of approved rounds and less functional ones that is updated regularly here. Thankfully the approved list isn’t populated solely with expensive self defense rounds. On the contrary, Wolf, Brown bear and other budget ammo types function fine with the gun, though Boberg advises against steel-cased ammo during the initial 300-round break-in period.

I’ve owned my XR9s for about two years now, and alternate between it and my Smith 442, depending on what I feel like at the time. Once it gets really hot outside the only gun with an acceptable amount of power, that I can conceal without dressing like I’m either homeless or concealing a puppy, is the Boberg XR9s. It may be a picky eater, but I wouldn’t fed my carry gun junk ammo, would you?