Why you need a carbine for home defense 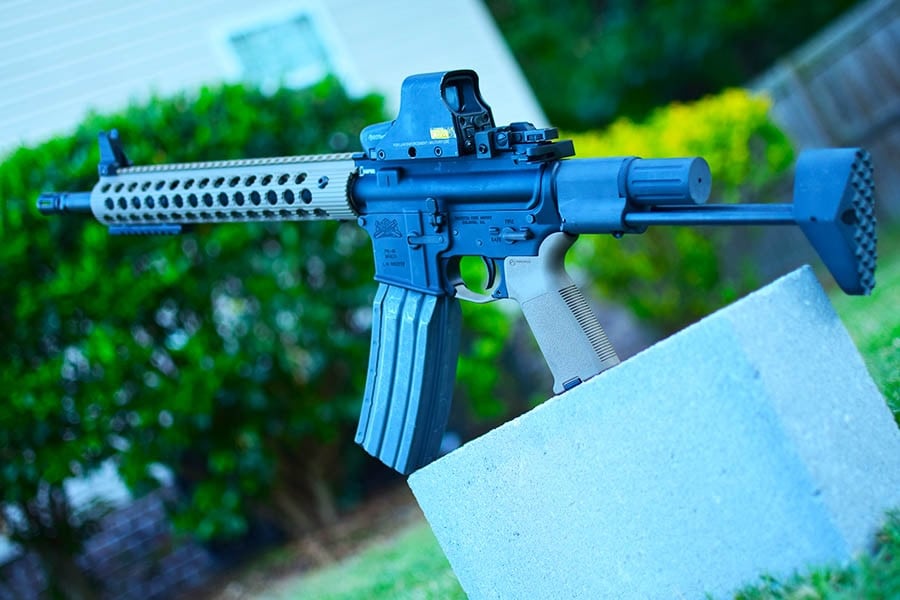 Sixty rounds in a soft-shooting package is hard to beat. (Photo by Jim Grant)

When it comes to defending your home and the loved-ones within, many of the characteristics that make an ideal brush-gun or hunting rifle are actually detrimental in a home-defense situation. Still, shooters have to take into account over-penetration, training costs, ammo selection and reliability. It’s enough to make the saltiest gun-owner’s head spin and often acts as a tremendous barrier to first-time gun-buyers trying to responsibly research before their purchase

Rifles are a newer addition to the home-defender’s arsenal. For years most publications wrote and instructors taught that carbines were unsuitable for home defense and that they provided no benefit over shotguns. While this is far from true, it’s likely rooted in the prevalence of full-powered battle rifles in previous decades.

Where high-powered, full metal jacket, military ball ammunition would sail through any opponent and every obstacle not made of steel or thick concrete. These rifles often had tremendous recoil and extraneous barrels-lengths, making them ill-suited to indoor fighting. In fact, until the introduction of the M16, most American shooters only knew of one rifle that they could consider a responsible choice for indoor self-defense: the M1 Carbine. 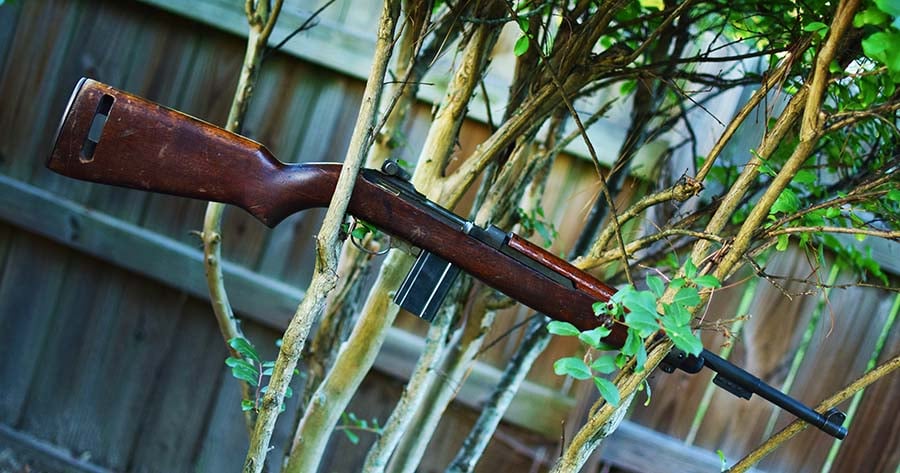 The first American military-issue carbine might not have any rails but makes a solid HD carbine with a few additions. (Photo by Jim Grant)

With the proliferation of the M16 in the U.S. armed forces, the benefits of the “assault rifle” concept — or select-fire rifle chambered in an intermediate cartridge feeding from a detachable magazine — grew apparent. As the cartridges used in these weapons shrunk, so too did the weapons themselves. Rifles like the AK-47 and M16 are much handier indoors than the weapons they replaced, like the M14 and the SVT-40. Semi-automatic versions of these new carbines became available to civilians and their merit as a home-defense weapons became obvious, though it took more than three decades for anyone to admit it.

Most modern semi-automatic magazine-fed carbines, chambered in intermediate cartridges, are more accurate, easier to rapid fire, use more powerful rounds and hold more ammunition than shotguns or handguns. There are, of course, exceptions, but for the most part an AR-15 with a Beta drum of 120 rounds or an AKM with a 75-round RPK drum is a better defensive weapon than any handgun.

Nevertheless, there is no perfect universal answer to everyone’s home-defense needs. House layout and location, family-size, user proficiency and user-strength or handicap will greatly affect what weapon a buyer should choose.

The carbine is ideal for shooters without children and who live in the country. Rural homeowners don’t have to worry about over-penetration as much as an urbanite living in an apartment complex. Also, shooters who don’t have children don’t need to venture into other rooms of their home to rescue anyone. They can simply have their spouse take cover behind a dresser to call 911, while they draw a bead on the bedroom door.

I can’t tell you what to do in a home defense situation, but here is a rundown of what I would do. After my spouse took cover, I would turn on a flash-light and aim it at the door. Therefore, if someone opened the door, I could confirm it was not a friend playing a very stupid trick, verbally demand they leave my home immediately and engage if necessary.

You hold every advantage in a defense situation. Assuming you know how to use your weapon and you live in a state that allows you to own full-capacity magazines, five intruders couldn’t blitz their way through your door without receiving two-dozen reminders of their mortality.

Modern carbines and shotguns have one major advantage over the vast majority of handguns: the ability to mount optics. Sure, no one needs a 14x hunting scope on their home defense weapon, but what about a holosight or red dot? In the fast-paced nature of close quarters combat, lining up iron-sights will be all but impossible. Point-shooting is an option, but a holosight cuts the difference between ultra-fast reactive shooting and ultra-precise focused shooting. 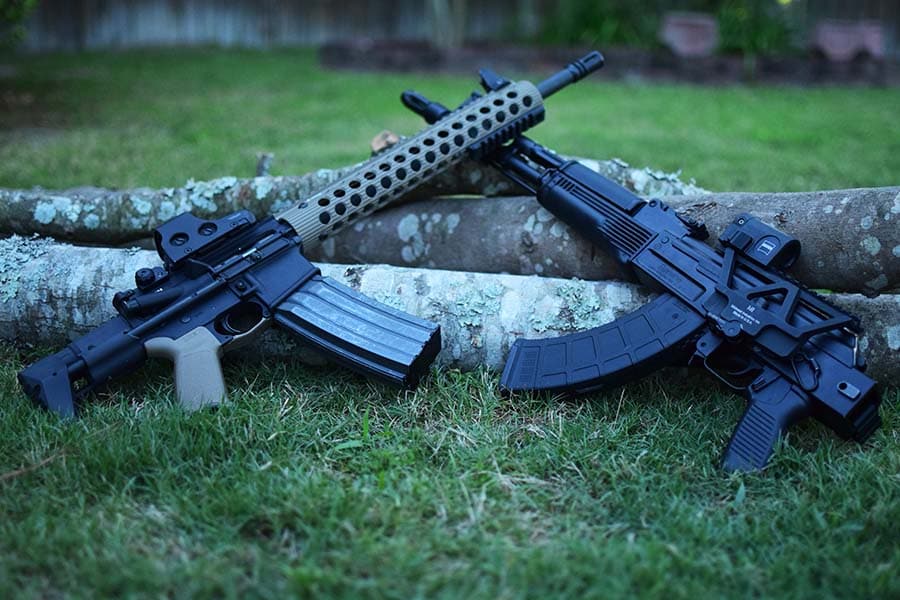 No matter what platform you choose, make sure you’re proficient before you need it (Photo by Jim Grant)

Using a carbine for home defense does present some unique challenges, though. Shooters that don’t own a sound suppressor will want to put ear muffs on before shooting indoors. The carbine, like most firearms, will cause permanent hearing damage when used without protection. Keeping an old pair of muffs by the bed isn’t a terrible idea, especially electronic ones, which actually augment a user’s hearing.

If you are worried about multiple assailants, don’t have any children or live in the country, a semi-automatic carbine is probably the best choice for you.

If you hear someone breaking in, guard your bedroom door and call the police. Remember, this is your turf. Don’t give an intruder any advantages over you or your loved ones. Be vigilant, sit tight and protect you and your family. Nothing in your living room is worth dying for, children and pets excluded.