Win1911 ammo: Defensive round performance for ball round price 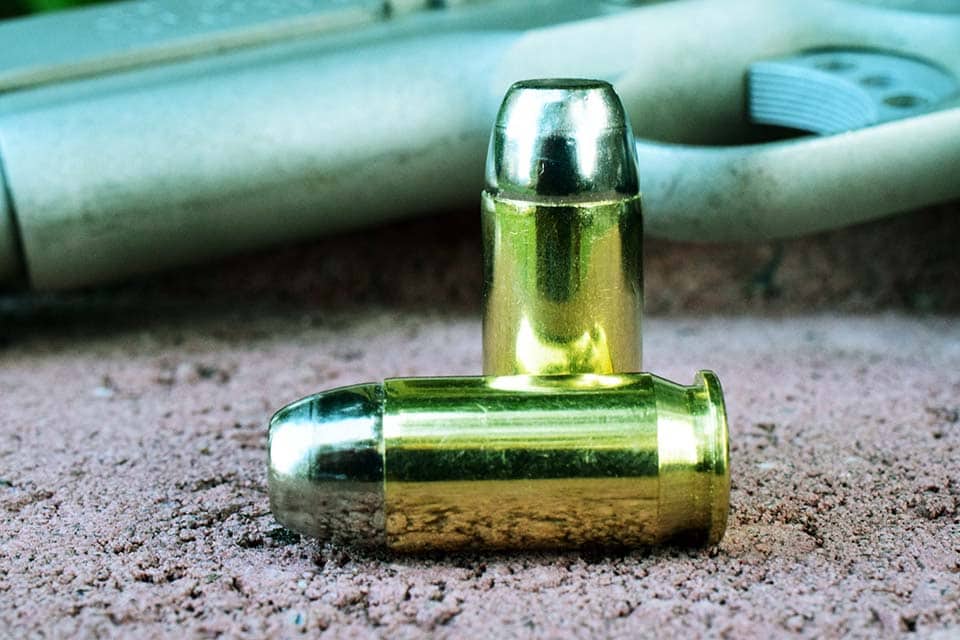 Any defensive instructor worth his salt will recommends shooters fire 300 rounds of choice defensive ammo without incident prior to carrying a new pistol for self defense.

Revolvers only require one box of ammo to ensure point of aim is the same as point of impact, but semi-automatic weapons are ammunition-sensitive, and this is doubly true for M1911s.

While shooting 300 rounds of ammo through a carry gun isn’t always enjoyable, the part most shooters struggle with is affording the ammo. Sometimes good carry ammo can run upwards of a dollar a round! Breaking in your new $800 handgun might cost you another $400, if you can find the ammo. In response, Winchester Ammunition decided to  ease the financial burden of 1911-carrying shooters by developing two new lines of ammo under the Win1911 moniker. 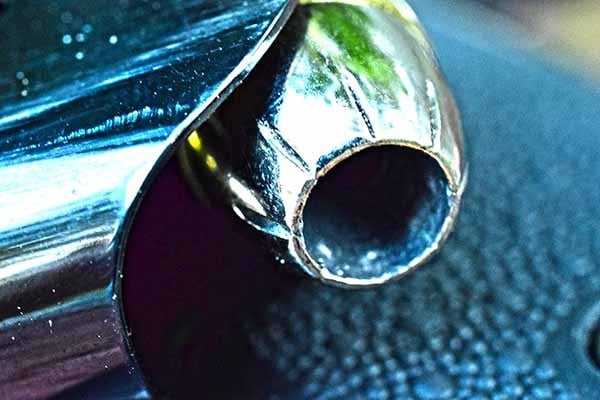 What separates Win911 ammo from standard .45 ACP ball or hollow-point ammunition is that it is designed from the ground up to function in 1911 pistols. To make sure that shooters don’t have to blast through countless round of expensive hollow-point ammo, Winchester developed a companion line of full metal jacket ammunition with the same profile as the hollow rounds minus the expanding cavity.

This FMJ ammo allows shooters to test their carry gun with a round that has an identical shape, grain and powder charge that allows shooters to use it to both function check and zero their carry gun at a fraction of the cost of defensive ammo. Once a shooter has successfully confirmed that their gun functions with the FMJ ammo they can simply switch to the defensive hollow-point rounds, confident that their gun will work when they need it to.

Shooters concerned this ammo is simply a economy-class plinking stuff, will be happy to know that the Win1911 bullet is built using the same technology that Winchester uses to develop both their Defender and Super-X lines of ammunition. The Win1911 and Defender series of ammo both utilize a classic 230 grain projectile with the addition of a modern, notched cavity to ensure expansion and energy dissipation on impact, while preventing over-penetration. 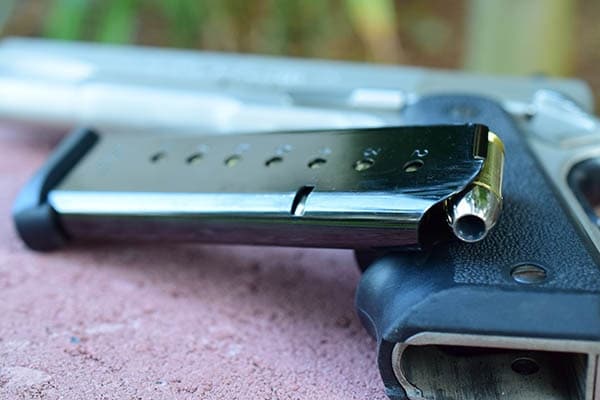 To test the ammunition-makers claim that the two type of ammo have the same point of impact, I brought out three 1911 pistols and fired both types of ammo through them, under similar circumstances at 10 yards to simulate defensive use.

The first two guns never varied in point of impact by more than a quarter inch, keeping all rounds in the 10-ring. The New Agent had slightly larger groups thanks to its trench sight, that made checking consistency quite difficult. A point of note though, none of the guns tested had any failures to feed whatsoever with the ammo and the recoil, while more than standard 230 grain ball ammo, was totally manageable, even in the diminutive Colt New Agent.

The full-sized Colt pistol averages a group-size of around one and a half inches, while the Shooters Arms pistol hovers around 3. The New Agent was tough to shoot at distance, only managing a 5-inch group — though it should be noted that none of these pistols were fired from a  rest. 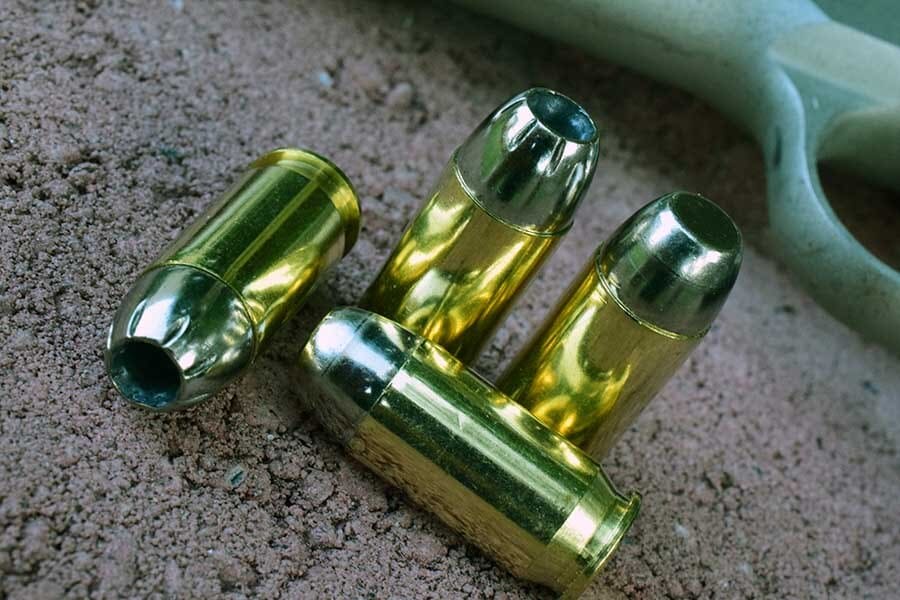 Satisfied that the ammo works in 1911 just as advertised, I wanted to go the extra mile and see how it would perform in other platforms. The only non-1911 pattern .45 ACP pistol I have in my possession currently, is a Beretta PX4 Storm SD. So naturally, I loaded one of its ten-round magazines with FMJ ammo and the other with jacketed hollow points, proceeding to fire a slow five-round string followed by a rapid five-round string. The two ammo types performed nearly identically, and their points of impact were too similar to attribute any differences to anything other than user-error.

The Win1911 line of .45 ACP ammunition offers both cash-strapped shooters and practical-shooters a more economical method of testing, zeroing and training with their personal defense or bed-side blaster. While designed for 1911 pistols, the new ammunition functions effectively in several other .45 caliber pistols as well. The Win1911’s combination of affordability and stopping-power made it solid choice for shooters looking for a new self-defense round.