Winchester 1911 SL Shotgun: Who knew the other 1911 was a failed, flawed design?

I know what you are thinking,” a Winchester 1911? Winchester didn’t make a 1911 you ignorant wretch.” But they did.  The 1911 SL shotgun! John Moses Browning was also responsible for this 1911, but in a different way than you might think.

The 1911 SL (self loading) shotgun was Winchester’s first attempt to enter the auto loading shotgun market.  It was designed to compete against the Browning Auto-5, but failed. It was a flawed design that could cause serious injury; it even earned the nickname the “widow maker.” 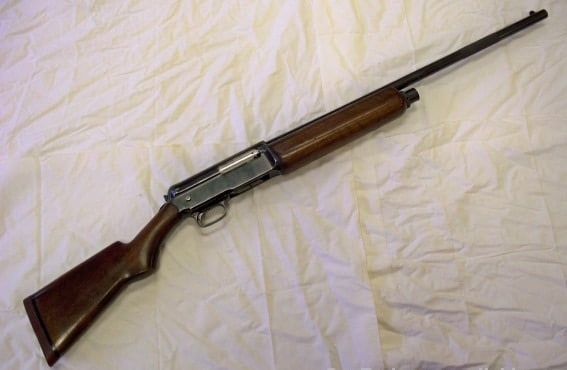 Winchester made about 83,000 of the model 1911 SL and they are still fairly common in guns shops and at shows.  They were made in 12, 16, 20 and 28 gauges. Guns.com is going to take a look at this interesting shotgun, which is what this gun is — interesting.

About a decade before the introduction of the 1911 SL, Browning offered his Auto-5 shotgun to Winchester, but they not able to reach an agreement and Browning took his design to FN in Belgium and later Remington and Savage in the U.S.  The Browning designed Auto-5 was a huge hit becoming the second best selling auto loading shotgun of all time. Winchester designed the 1911 SL to try and get a piece of the action, but you could say it was too little, too late. 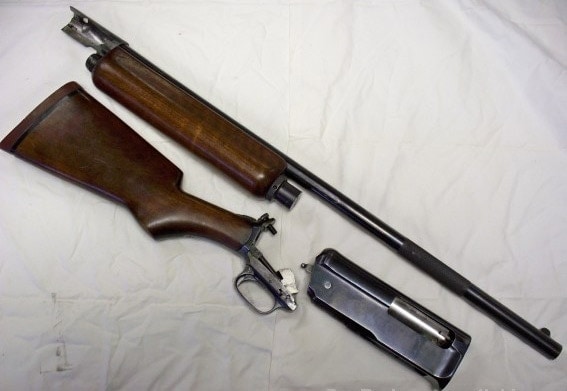 Winchester’s attempt to design an auto-loading shotgun was troubled.  The main problem was to get around John Browning’s patents. Browning had been meticulous in securing patents on his design.  Ironically this is something he had learned to do while working for Winchester in the past — notably designing the 1894 lever action rifle and the 1897 pump shotgun.  T.C. Johnson was the main designer that worked on the 1911 SL.  He once said, “It took me nearly 10 years to design an automatic shotgun which would not be an infringement on the Browning gun.”

The Browning Auto-5 uses metal recoil rings that control the action when it is fired.  These were patented.  Winchester uses two fiber washers instead.  Over time these break down and cause excessive recoil.  This has resulted in a lot of cracked or broken stocks.  This was one problem with the design but not the most significant.

Like the Auto-5, the 1911 SL is a long recoil action shotgun, meaning the barrel and bolt are locked together while moving to the rear after a shell had been fired, ejecting the spent shell, then chambering a new on while returning to battery. 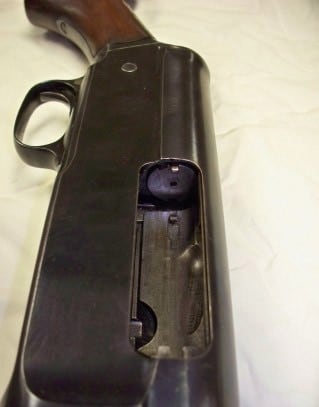 The Winchester 1911 SL holds five shells in a tubular magazine located under the barrel.  Around the magazine there is a coiled spring that brings the barrel back into place after the gun is fired. This is all very similar to the Browning Auto-5, but this is about where the similarities end.

The biggest difference is how the 1911 SL is loaded.  One of the parts John Browning patented was the charging tab on the bolt of the Auto-5.  That is a pretty important part of the shotgun and Winchester couldn’t use one. To charge the 1911 SL the shooter had to cycle the shotgun the same way it worked when fired — by compressing the barrel to work the action.

This is not easy to do.  Winchester put a checkered area on the barrel to act as a grip.  The shooter grabbed the barrel, placed the butt of the shotgun on something hard and pulled.  Depending on how it was gripped, this could cause the muzzle to be in an unsafe place.  This is how she earned the nickname “the widow maker.” 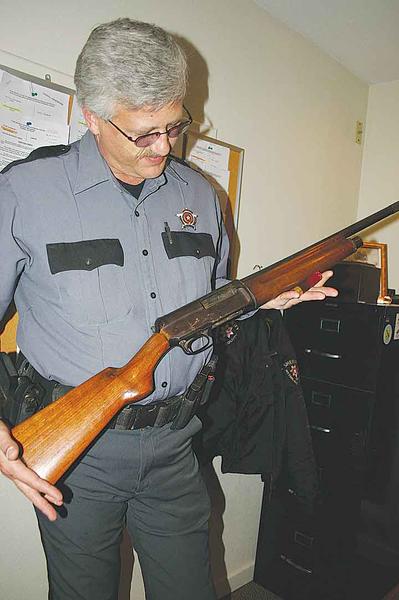 If you do a search on some of the popular firearm forums for the 1911 SL you will undoubtedly find some references to the widow maker taking a life or causing serious injury.  It was pretty common for a hunter, not wanting to get the shotgun muddy, to use his boot when charging the gun.  This could put the muzzle right in the face of the rocket scientist loading it. Hopefully they knew a brain surgeon that was actually smart.

Even as recent as 2005 some Oklahoma police officers were hurt while trying to unload a 1911 SL.

To clear a round from the chamber you have to pull the barrel back just like if you were loading it.  This is the most dangerous aspect of this shotgun.

The Winchester 1911 SL is an interesting shotgun to say the least.  There are still some people using them but most are considered a curiosity. They don’t command a high price.  I have seen some pretty good examples for around $150. I didn’t bite but sometimes wish I had. They would be a cool complement to my Auto-5s.  But they would stay in the safe.