Gun Review: The new Winchester 73 is a sight to behold! 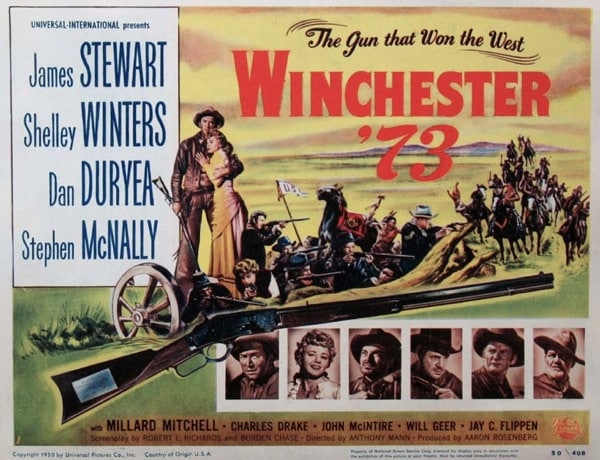 “Winchester 73” is about an iconic man holding an iconic rifle. Friends call him Jimmy, but you call him Mr. Stewart.

This year marks the 140th anniversary of Winchester classic lever-action rifle known as the Model 1873, or just ‘73. To celebrate, the company reintroduced the iconic rifle to the masses with the original design but with a few improvements thanks to modern machining.

So many love it and for good reason. The 73 is commonly referred to as ‘The Gun that Won the West’ because it was the rifle chambered for common handgun cartridges, making it a very utilitarian firearm in its day. It carried my numerous actors in countless films. On top of that, it was the only rifle I know of that a move was named after: “Winchester 73” starring James Stewart.

Winchester’s announcement made me a bit giddy because it would be reintroduced and produced in the very utilitarian caliber: .357/.38. And anyone who likes lever action rifles will like the new Winchester Model 1873.

The new 73 is a classic in its own right, but with modern improvements. The lever safety button is located on the bottom of the wrist of the stock and is activated with the lever fully depressed upward.

The gun does not have the unsightly safety button, which plagued other newer Winchester lever guns and it does not have the ugly safety device on top either. The safety advice from Winchester is to always carry the loaded rifle with the hammer in the half cock ‘safety position’. Do not let the hammer rest in the full forward position, resting against the firing pin. And, of course, do not carry the loaded gun with the hammer fully cocked.

The fit of the wood to the metal on the gun is nearly perfect, the deep, dark blue of the gun is perfect. The action is surprising smooth straight from the box as new. The sights are user friendly, and the gun is chambered in a caliber that make it affordable to shoot for fun.

This is my rifle…

Mine came as a very pleasant surprise because it arrived about two months earlier than predicted.  If the gun storeowner had had a camera pointed on me that day, a photo of me smiling like a boy at Christmas would have been a sure thing.

The Winchester 73 in all its glory. (Photo credit: Guns Holsters and Gear)

The new Winchester 73 felt, looked and shouldered like the classic model. The smooth walnut stock and forearm were inviting and warm to the touch. The deep, dark bluing of the receiver and barrel is shiny but not glossy. The crescent shaped steel butt plate fits the buttstock perfectly.

Turning the lever lock 180 degrees readies the gun for action, and the action is very smooth while the sound of the brass follower moving up and down inside the receiver tickles the eardrums.

With visions and fantasies of yesteryear this gun is a dream come true. As a Cowboy Action Shooter, this gun will be the envy of many friends.

After diligently reading the owners manual; which everyone should do after purchasing a firearm, running a swab down the barrel, peeling the Winchester decal off the barrel, with two boxes of 38s, I headed to the range.

It was a Tuesday about noon and because of the timing and the ammunition crunch, I had the range to myself. After pinning 10 6-inch round cardboard targets to the target holder on the 25 yard line, I laid the rifle on its left side and admired it in the sunlight. It’s a sight to behold! 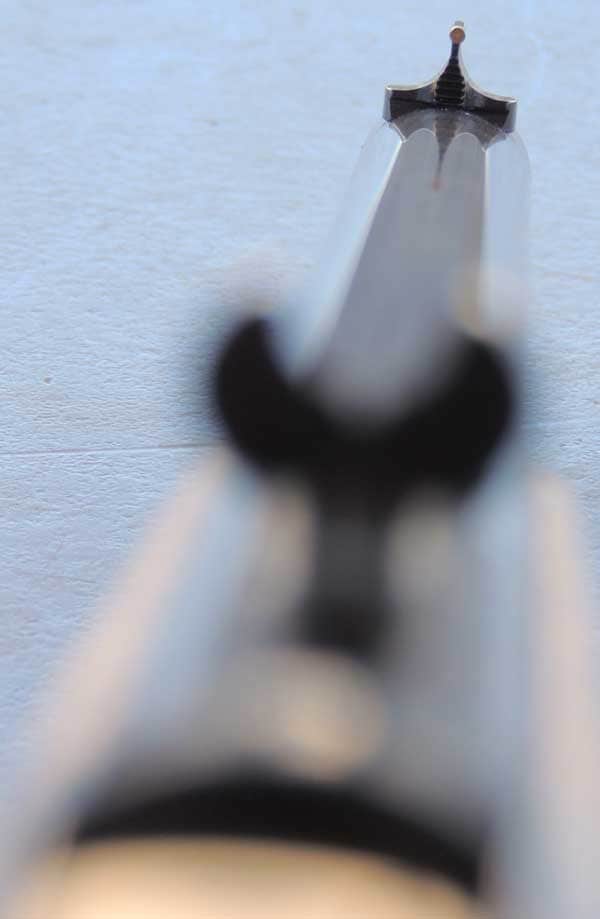 The sights on the Winchester 73. (Photo credit: Guns Holsters and Gear)

Putting 10 .38 Special lead round nose cartridges in the loading gate brought the joy and anticipation new gun owners fully understand. As a man who received his first lever action rifle 40 years earlier as a 10-year-old boy, the feeling of living the dream had me smiling like a boy with his first gun.

Bringing the rifle to bear, working the lever to chamber the first round, the big front sight with its brass bead between the rear buckhorn sight, I squeezed the trigger, the rifle went bang, the recoil was very, very mild and the bullet hit dead center of the target.

Being a Cowboy Action Shooter makes speed and smoothness the goal with a lever gun. So, that’s exactly what happened with the other nine shots. Ten holes clustered around the dead center of the target gave a very satisfying feeling.

The ‘just right’ thing about a Model 73 is the very slight movement of the gun when working the lever, making repeat shots with fast target acquisition an easy feat.

The Winchester Model 73 would please any cowboy-action shooter and most likely become a common sight at matches, being more sought after than the Italian replicas of this classic model. More likely than not, it will be prized by collectors and casual shooters too.

With .38 Special ammo it is suitable for small game and pest control and with .357 Magnum ammunition it will be well suited to hunt deer sized game. And it will ride well in a saddle scabbard, in a pickup, combine, or on a tractor.

As a lover of well-made guns, a grownup who likes to pretend to be a character from the old west, I am pleased and satisfied with this rifle, and I recommend it to anyone who wants a medium caliber rifle, and anyone who might have a delicate sensitivity about black rifles.

You can see and handle a new Model 73 at well-stocked gun stores, and you too will likely want one too.