The EZ pistols, manufactured by Zastava, have a really high gun-to-money ratio. If you don’t look too closely, you could mistake them for SIG P-series handguns. They are definitely SIG-inspired, although they are not parts-compatible. And in some ways, the Zastava pistols have a leg up on SIG’s handguns in the design arena.

There are three models of EZ pistol generally available for export, two 9mm guns, one full-size and one compact, and a full-size .40 S&W. The word “Compact” is a bit of a stretch since the difference is a shortened slide, by .4 inches. More of a matter of preference thing. 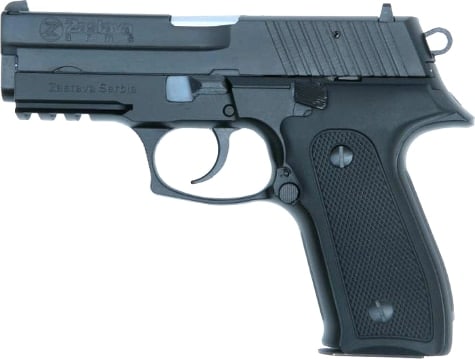 The EZ (and CZ pistols—Zastava CZ99 and CZ999, no relation to Česká Zbrojovka) are steel-framed service pistols with folded steel slides and weigh in at just over two pounds. They’re intended to be carried double-action with the hammer down; they don’t have manual safeties (they do have firing pin safeties), instead they have decockers. The improvements over SIG’s designs are all in the controls: they’re ambidextrous. They also have a loaded chamber indicator. 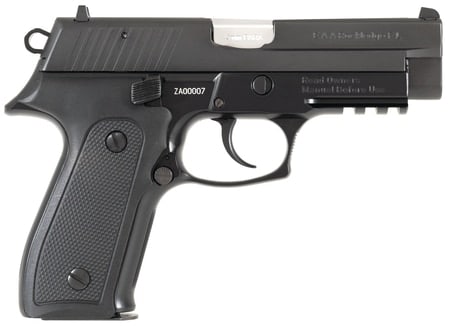 The grips are contoured to accommodate the ambidextrous decocker and magazine release. The heat-treated magazines are dimensionally-similar to Beretta 92 and 96 magazines but with catches in different spots. They have capacities of 15+1 in 9mm and 10+1 in .40 S&W.

What continues to impress people about these guns is the level of build quality demonstrated in them. Zastava firearms are tightly-fitted guns that benefit from a good break-in, but they manage to have a strong following despite not really having much brand recognition or aftermarket support (although they do fit in most SIG holsters). 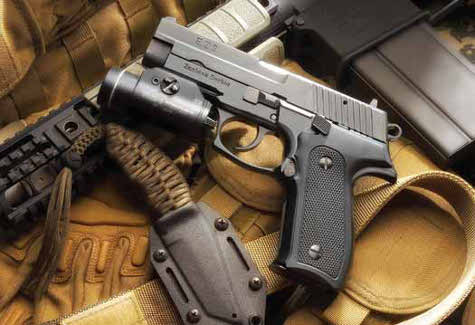 Zastava firearms have been imported by EAA, K-Var, as well as imported and rebranded by Charles Daly and even Remington, and EZ pistols generally run for under $450, and are on par with other guns costing hundreds of dollars more. If you’re looking for a straightforward service piece on a budget, this is one gun you ought to check out.

The Zastava Arms company has been in operation for over 150 years and has a long tradition of staying on the leading edge of firearms manufacturing.