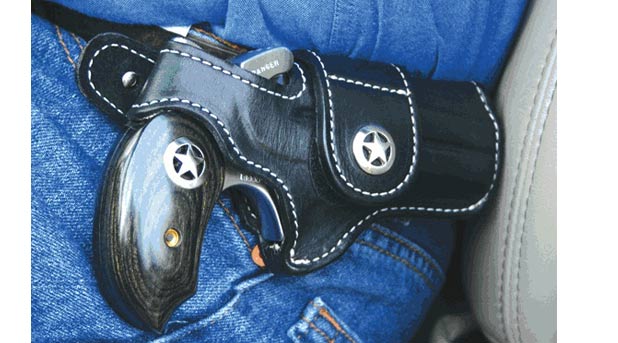 The Bond Arms Bond Ranger is a single-action pocket pistol chambered in .45 Colt or .410. Bond Arms branched out of Texas Armory in 1995 and is now a premier manufacturer of Derringers.

Bond Arms’ Derringer’s have a flat, over-under 2-barrel design and are hammer fired. The hammer alternates between barrels every time it’s cocked back. Load the Derringer by unlocking the barrels, flipping them up and around, and then inserting cartridges into the empty barrels.

What makes the Bond Ranger different from the other Bond Arms models is its longer 4.25” barrel, black ash ranger star grips, it comes with a holster and costs the most at around $650.