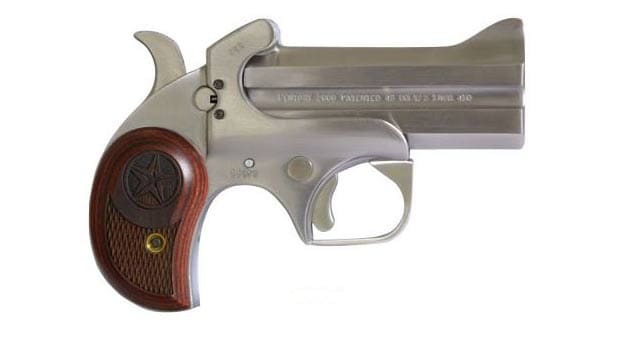 The Bond Arms Century 2000 is a single-action pocket pistol chambered in .45 Colt or .410. Bond Arms branched out of Texas Armory in 1995 and is now a premier manufacturer of Derringers.

Bond Arms’ Derringer’s have a flat, over-under 2-barrel design and are hammer fired. The hammer alternates between barrels every time it is cocked back. Load the Derringer by unlocking the barrels, flipping them up and around, and then inserting cartridges into the empty barrels.

What makes the Century 2000 different from the models is that it has a 3.5″” barrel and a trigger guard.

Browse our online store for new and used Century 2000 pistols for sale.