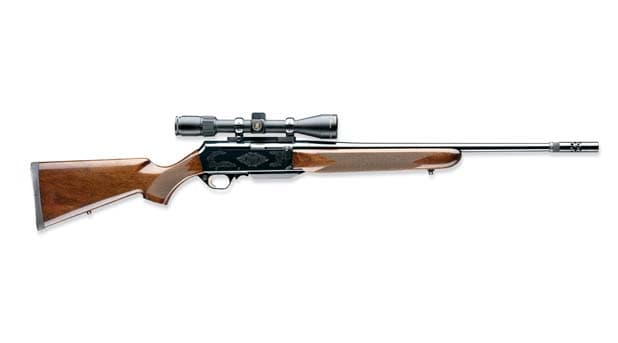 The Browning BAR Safari is a semi-automatic rifle chambered in 16 calibers. The BAR was designed by John M. Browning toward the end of the first World War and was used to great effect in trench warfare by American troops.

The Safari is the most luxurious and expensive member of the BAR family. It is recommended by Browning for hunting.

The Safari features an engraved steel receiver and a walnut stock finished in select gloss. The Safari is the only BAR model with the Browning BOSS shooting system, meant to improve accuracy by reducing recoil with an adjustable muzzle brake.

The rifle has a cold hammer-forged blued barrel that varies from 22″ to 24″, depending on the caliber.

The Safari utilizes a multi-lug rotary bolt as a gas-operated autoloader. Its detachable box magazine has a capacity ranging from two to four. The rifle is drilled and tapped for mounting optics and features a crossbolt safety.