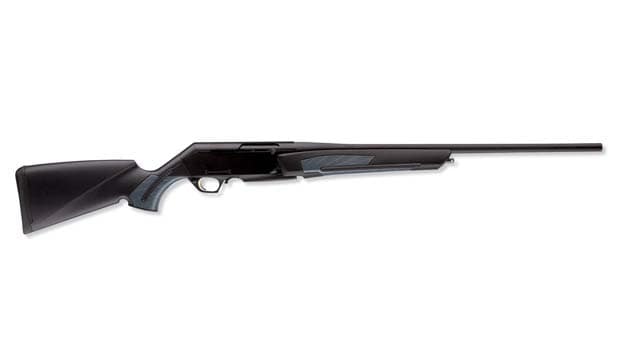 The Stalker variation is designed to make the gun lighter. The ShortTrac Stalker’s synthetic stock weighs less than the walnut stocked which comes standard on many other BAR models. Browning recommends the BAR ShortTrac
Stalker for hunting.

The ShortTrac Stalker is a gas-operated autoloader featuring a multi-lug rotary bolt system. The rifle’s receiver is made of aluminum-alloy and it comes with a blued finish.

It’s cold hammer-forged barrel also has a blued finish, and differs from 22″ to 23″ depending on the caliber. The ShortTrac’s interchangeable recoil pad lessens kickback on the magnum cartridge and improves accuracy.

Hunters carrying around the gun on long trips could make use of the sling swivel studs, which come installed. The ShortTrac Stalker is also drilled and tapped for optics mounting.