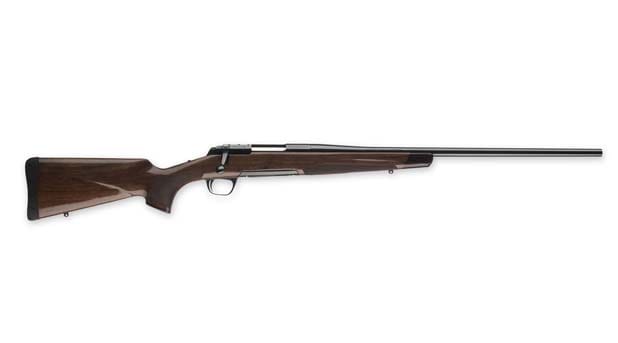 The steel receiver is engraved with a blued finish, while the walnut stock comes with a gloss finish and includes a Rosewood fore-end grip and pistol grip cap. The rifle is one of 18 variations on the X-Bolt rifle series offered by Browning. Browning recommends the rifle for hunting.

The X-Bolt Medallion features a blued barrel that ranges from 22″ inches on small calibers to 26″ on magnum calibers. The hand-chambered barrel is free floating and includes a target crown which serves to protect the rifling and preserve accuracy after wear.The engraved, steel receiver is glass bedded and is drilled and tapped for scope mounts. Capacity on the detachable rotary magazine is either three or four, dependent on the caliber.