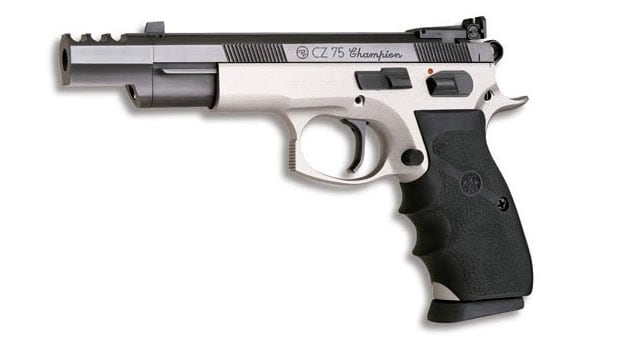 The CZ 75 Champion is a large frame semi-automatic pistol chambered in .40 S&W. The 75 Champion is produced by CZ-USA, a Kansas City based subsidiary of the Czech arms manufacturer Česká zbrojovka Uherský Brod. The Champion is a discontinued single-action pistol, and derives its basic design from the CZ 75.

It is a pervasive handgun used by more governments, militaries, police, and security forces worldwide than any other pistol. Originally developed in 1975, the CZ 75 has given way to a number of variants. Because the manufacturer did not originally secure global patent protection for its CZ 75 design, a plethora of copies and variants have been offered by other global arms companies.

The 75 Champion was designed for competitive shooting. It has been discontinued.