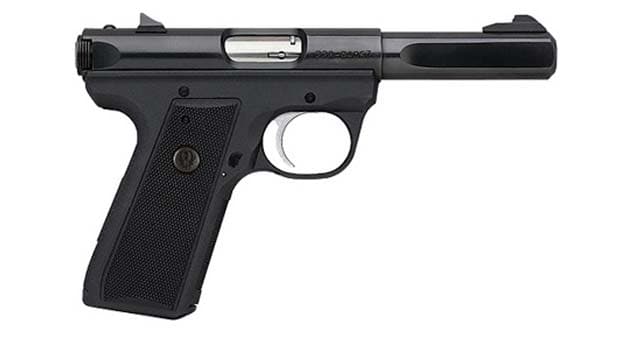 Similar to the Bull Barrel model, the Slab-Sided has a heavy bull barrel, but with a slightly different design. A slab-sided bull barrel is a bull barrel with flat sides (to reduce weight up front).

Bull barrels have little or no taper, and generally have a thicker, heavier construction. The heavy barrel is able to withstand many successive shots, and competition shooters often favor the heavy barrel’s steadying weight.

The 22/45 is blowback operated, meaning the initial explosion of the cartridge powers the cycling. It uses an internal cylindrical bolt for its action, and how it’s different from a standard design is it recoils out of the pistol instead of pushing a slide back