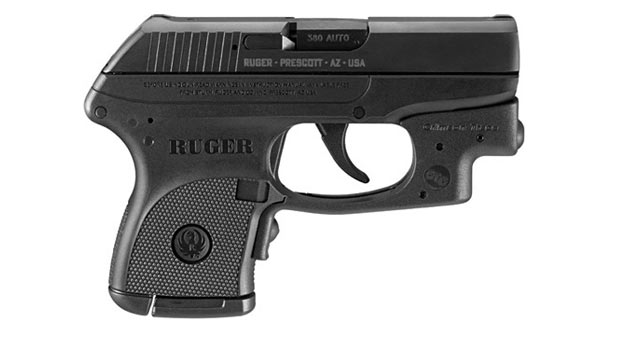 It is very thin at 0.82″ thick, so it’ll be more comfortable for users to carry in a pocket or waist holster. It is made of hardened steel and has a glass-filled nylon grip frame. The glass filling makes the frame more resistant to wear. For example, against something like friction caused between the action and frame when a shooter not properly lubricating the weapon before shooting.

The cartridge .380 ACP is slightly smaller than the 9mm and performs comparably to it. The major difference, besides size, is .380 ACP has less stopping power.

The difference between the LCP and the LCP-CT is the LCP-CT comes standard with a Crimson Trace laser. The laser’s moniker is LG-431 and was specifically fitted for the LCP. It works automatically when a shooter wraps a hand around the grip because a finger will naturally press the activation button, so the shooter doesn’t have to think about turning it on or off. It presses and depresses naturally.

In May 2009, Ruger issued a recall of certain LCPs because some users reported the weapon accidentally discharged when hitting a hard surface when it had a round in the chamber. The recall affects models with a serial number beginning with “370-“ However, models that have been fixed were stamped with a diamond in the hammer’s slot.

For more information or to see if a particular LCP is affected contact Ruger.