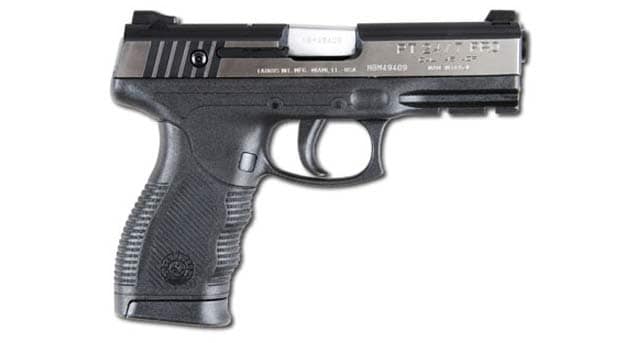 The Taurus 24/7 is a semi-automatic large-frame pistol chambered for 9mm, .40 S&W and .45 ACP. The 24/7 is the model that started the series, which has been modified several times. It is Taurus’s polymer-framed self-defense pistol. Taurus is known for making affordable handguns and replicas.

Features include the Taurus Security System. The TSS allows the gun to be completely disengaged and rendered inoperable with the simple turn of a key. Another safety feature is its loaded chamber indicator, which is red strip of metal that protrudes from behind the ejection port when a round is loaded.

24/7 models also have an under-barrel Picatinny rail for easy mounting of accessory. Its grips are Taurus’s Ribber Grip Overlays, which is ribbed rubber that wraps around the grip. The 24/7 is available with either a 3.25″ or 4″ barrel.

Taurus recommends the 24/7 Series for general conceal and carry. However, Taurus only produces the 24/7 G2 series, the newest model, now and has discontinued the prior models.