Single shots – rifles or shotguns – are not nearly as limiting as many shooters think. In fact, there are some often overlooked but major benefits to basic break actions. Heck, they may even make you a better hunter. Here’s why you might just want your next purchase to be a single-shot rifle or shotgun.

This is perhaps the most important aspect of owning and shooting a single shot, which bridges the gap between the mental and physical aspects of the hunt. Knowing you only have one round at the ready really stresses the importance of making the first shot count. While hunters should always intend to make clean harvests with the first round, single-shot hunters learn that unequivocally from the beginning.

Without a quick follow-up shot already in the magazine, placing that initial round with absolute precision is always on your mind. Whether you hunt with a rifle or shotgun, shot placement is learned, practiced, and perfected. Not only is this great for single-shot hunters, but it can make every hunter better when transitioning to bolts, levers, and semi-auto guns as well.

Single shots have a reputation for being more affordable than comparably built bolt, semi-auto, or lever-action guns. As a generalization, the actions are simpler to make, and the cost savings are passed on to consumers. This is especially true on the used market, where single-shot rifles and shotguns abound. Platforms like the Harrington & Richardson centerfire Handi Rifles or Topper break-action shotguns are loved for their affordability but are no longer manufactured.

However, American-made sensation Henry Repeating Arms has amped up production of hunting-specific singles in both centerfire rifles and shotguns. While not cheap, they are more affordable than others in the family and built with the quality to last for generations. 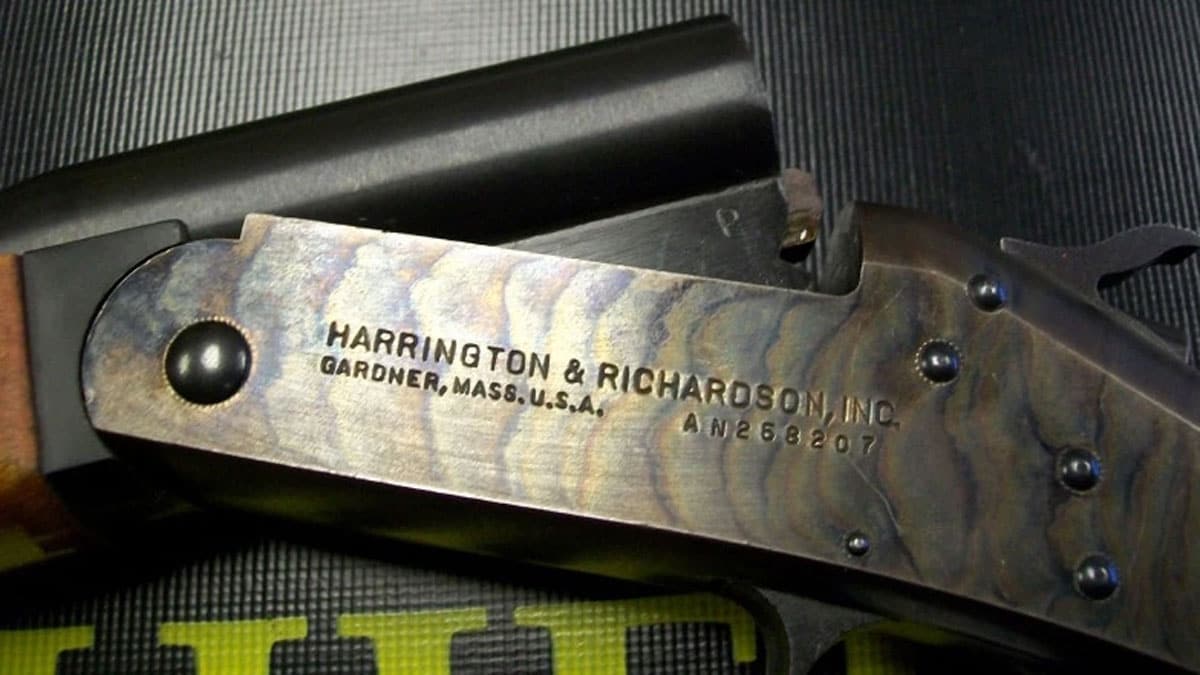 Consider the simple anatomy of a firearm. Running a bolt on an any gun takes up real estate, plain and simple. Replace that with a simple break-action or falling-block design where a single cartridge is hand fed, and the result is a more compact piece of machinery.

Of course, barrel length plays a major role. But in a head-to-head test with all else the same, that single-shot rifle or shotgun will be easier to wield in the field. That can be a major consideration inside a cramped hunting blind, up a tree stand, or even when hunting in heavy brush where size can mean the difference between maneuvering to make the shot rather than spooking wary game.


How many of us hunters can list our first “real” hunting rifle or shotgun as a single shot? There would be a lot of raised hands in a room filled with experienced hunters right now. Why did we get them? Well, they were cheaper, taught us to make the first shot count, and were often better sized for beginners. Hand feeding a single round teaches you the importance of shot placement and guarantees there won’t be any willy-nilly blasting.

Heck, it conserves ammo too. But there is one major caveat when choosing a single shot as a beginner gun. Depending on the model chosen, new shooters may need to be mindful of cocking and releasing the hammer safely on many single shots that do not have an actual manual safety.


Quickly reloading a single-shot rifle requires a great deal of practice and muscle memory. I’ve known more than a few hardcore hunters, including dangerous game types, who can handily reload a Ruger No. 1 from either a wrist cuff or stock-mounted ammo holder nearly as fast as a practiced shooter can work a bolt or lever gun.

Even if you never reach that level of proficiency, the point is that a single shot can still offer you speed. They can be reloaded rapidly with a little practice. On the flip side, they also teach hunters that sometimes it’s okay to slow down, enjoy a more relaxed hunting pace, and focus on the beauty of the outdoors.

6. Lots to Pick From: New and Used


While few folks will call a single shot their only rifle or shotgun, there is without a doubt a place in every gun collection for this solitary action. No safe is complete without a classic single if you prefer to roll old school. Think back to rifles like the Springfield Trapdoor, Sharps, or Winchester High Walls. In more modern firearms, the simple and affordable Harrington & Richardson rifles and shotguns can be had in just about every gauge and caliber.

Rossi and CVA are now positioned among the most affordable offerings, with Henry Repeating Arms offering perhaps the best built and most attractive of the lot. Plus, many hunters have enjoyed harvesting game with one of the many Thompson Center Encore, Contender, and Pro Hunter single shots. There is truly a single shot for every hunter, budget, and pursuit.

SAVE MONEY WITH THESE SINGLES