Colt Gets Back in Royal Blue Game with 1911 Classic 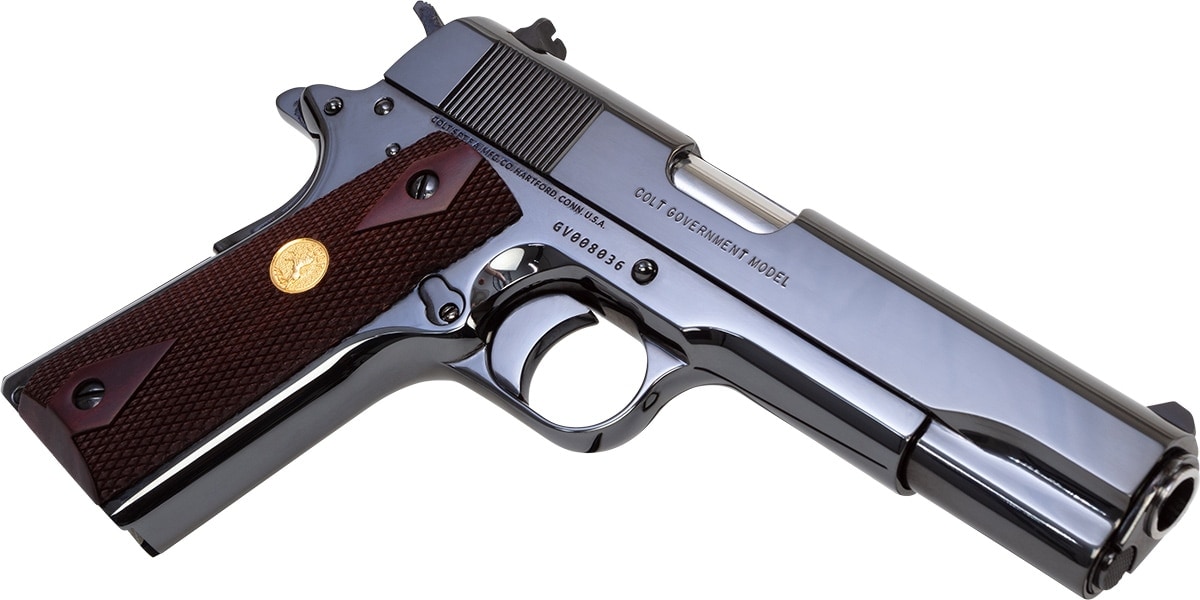 You could almost mistake the new Colt Royal Blue 1911 Classic for a Commercial Government Model from the 1950s. (Photos: Colt)

In the latest installment of getting back to its roots, Colt announced this week that a high polish Royal Blue finish is making a come back on at least one handgun model.

Colt is set to offer one of the pistols in their 1911 Classic line in the throwback mirrored finish. As befitting the retro ode to the company’s Commercial Government Model of yesteryear, the .45 ACP will have a Series 70 firing system, National Match Barrel, fixed staked-on front sights, double diamond wood grip panels, and a spurred hammer. As with standard M1911A1s, the single-action pistol will have a 5-inch barrel and an 8.5-inch overall length.

As a background, Colt long used a deep rich charcoal blue or “fire blue” on highly polished slides and frames going back to the early 1900s while their famed Royal Blue finish peaked on the company’s Python model .357 revolvers in the late 20th Century, the company moved away from it in most models about two decades ago. This left only the licensed U.S. Armament Corp.-produced Colt 1903 Pistols as about the only cataloged “Royal Blue” pony in the stable.

But you came here for those sweet, sweet photos, didn’t you? 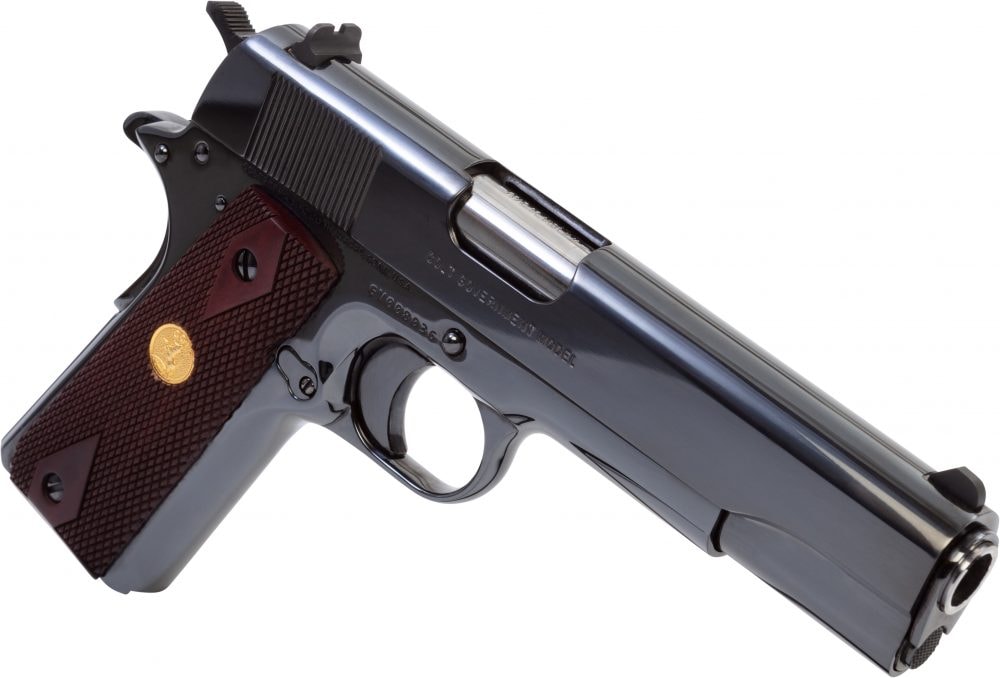 Note the Government Model roll mark on the right of the slide (Photo: Colt) 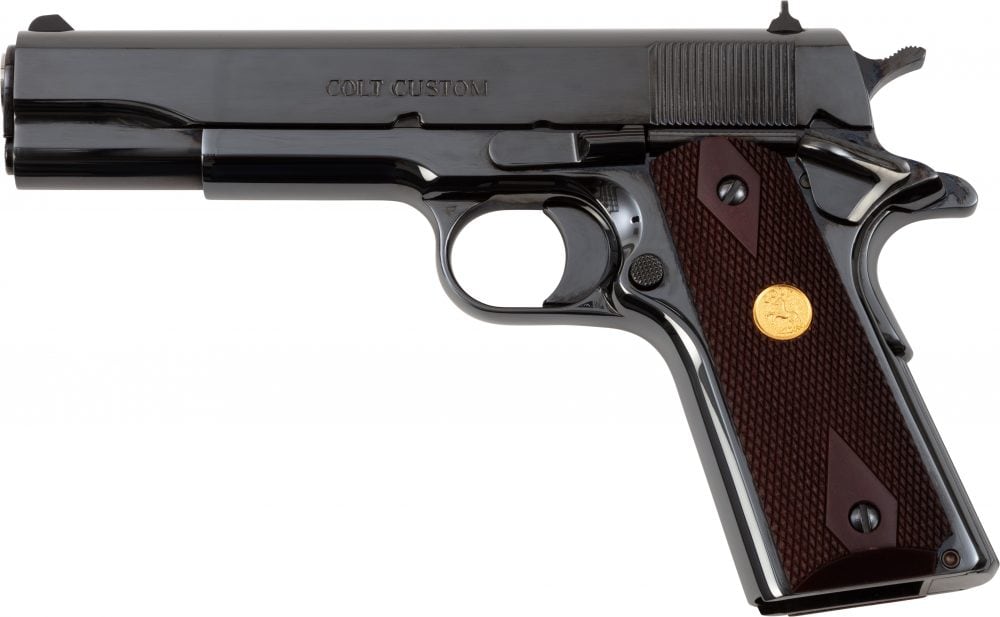 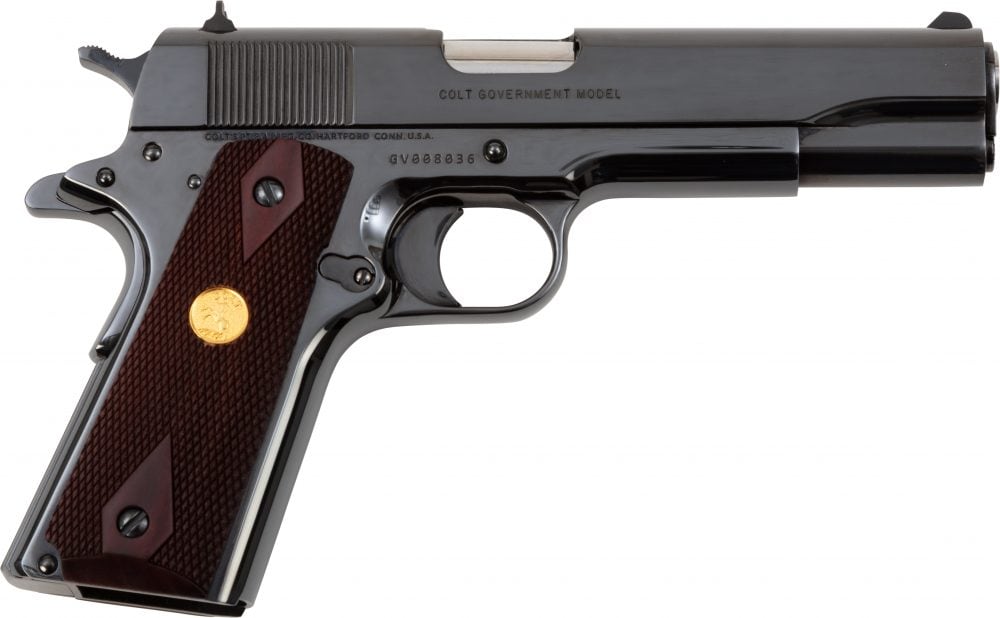 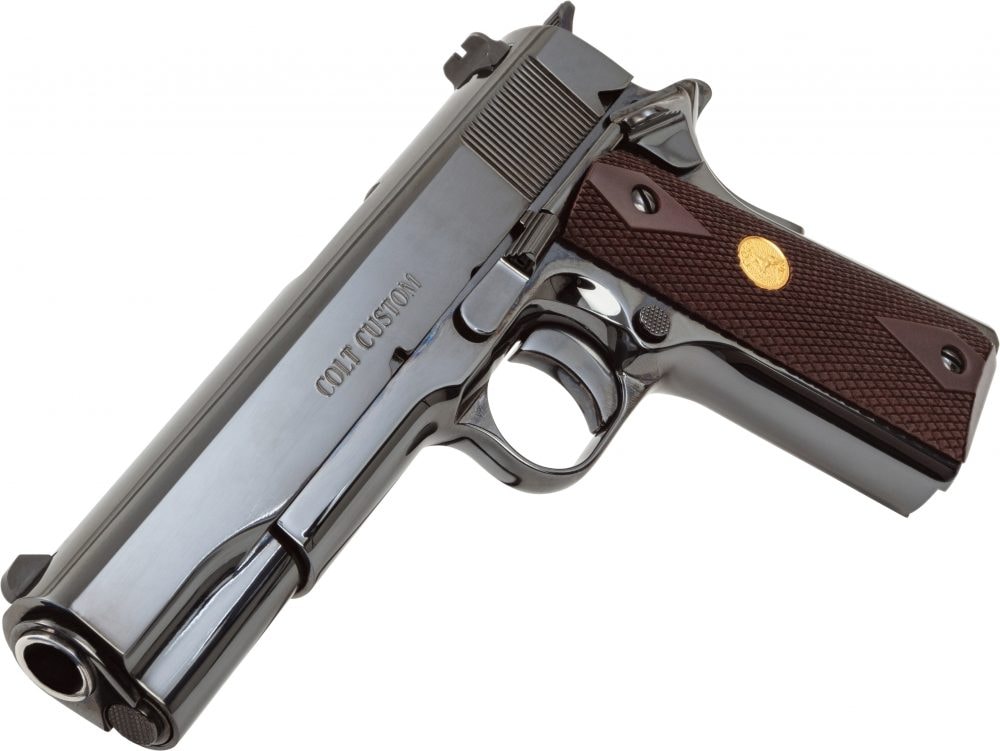 The MSRP on the Colt Royal Blue 1911 Classic is $1,499. Now if they only bring it back for the new generation of Python…

Love the new 1911 Classic but prefer more vintage Colt Governments? Check out our Military Classics and Collector’s Corner sections, where great deals on rare guns are just a click away!