3 basic tips for using an AR15 rifle for hunting game 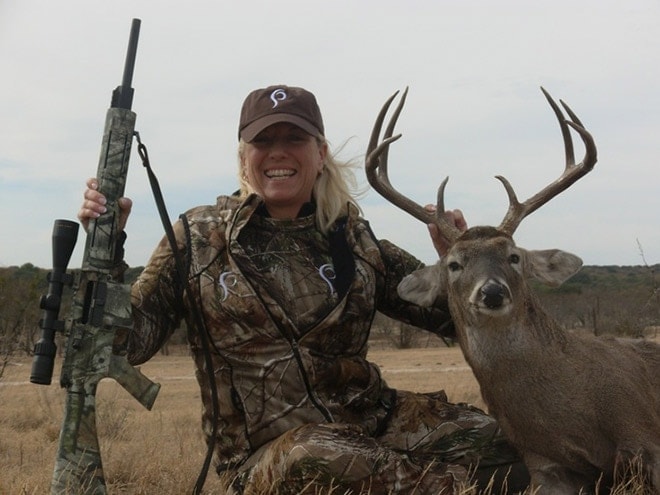 Hunting with an AR15 platform rifle has been gaining acceptance by hunters and governments alike. Here are a few tips to get you in the game. (Photo: Wing Tactical)

The AR15 has gotten a bad reputation in the past for looking like an assault rifle. Regardless it remains an extremely popular firearm and a common sight at the shooting range. And increasingly, people and governments are waking up to the fact that it’s not just good for targets and home defense — it makes an incredibly useful hunting rifle.

So if you’ve got an AR15 collecting dust in your closet, and you hunt in an enlightened jurisdiction, it’s time to break it out, clean it up and customize it for the next hunting season. Read on to learn how you can you use an AR15 for hunting.

The biggest perk when it comes to using an AR as a hunting rifle is the fact that it’s easily one of the most customizable guns on the market today. You can modify, replace and customize nearly every part of the weapon.

For hunting, there are four components you should consider:

You can switch your AR15’s barrel between 16, 18 and 20 inch options, though 20 inches is likely your best bet for hunting. The longer barrel provides more accuracy and overall velocity. The trade off is that it can be a bit heavier in the hand, something to be aware of if you’re carting your hardware over long distances. And sometimes a smaller barrel has its benefits for the quarry and environment (see below).

A stripped upper receiver is the ultimate tool for customization. It’s essentially the shell of the top half of the weapon, allowing you to add your own barrel, forend and bolt/bolt carrier. You can buy it fully assembled as well, but the stripped version makes it easier to build the perfect hunting rifle.

Just like the upper half, you can buy this assembled or stripped, with the stripped version allowing for more customization.

Yes, you do need a handguard to cover the barrel so you can place your hand safely while firing. Free-floating handguards are better for higher accuracy levels.

Remember, even if you’re not up to building your own hunting AR from the ground up, you can always customize the one you already own. That’s the beauty of the AR15.

A standard AR15 utilizes .223 caliber ammo, but, as just about everything with this platform, the gun can be customized for a variety of calibers. You can modify your rifle to fire anything from .22LR to .50 Beowulf rounds. A .223 caliber is sufficient for a lot of different animals, though some areas ban the use of it because they believe it’s too small to kill the animal without undue suffering. This is a debate for another article.

Many counties require a minimum caliber of .243 for hunting. If your county is one of those, consider switching up to a 6.8 Grendel or a 6.8 Remington SPC — both of these meet the minimum caliber size for hunting, coming in at .277, and they add quite a bit of range and power to the AR.

What are you hunting?

The answer to this question will definitely depend on where you live, but we’re going to talk about some of the more common prey animals — hog, deer, and small game.

For small game — rabbits, squirrels and even small predators like coyotes — you probably don’t need to change your AR too much. A .223 caliber is more than enough to take care of even the largest coyotes and you don’t need a longer barrel for these small game targets.

For deer, the standard .223 may be too small to do the job, and you’ll find yourself either chasing your target through the woods or ruining the meat with poorly placed shots. Just a small step up to the 6.8 Grendel or the 6.8 Remington SPC can give you the power you need to take down your target with a single, clean shot.

Hogs are tricky, mostly because they’re probably among the heaviest animals you’ll ever hunt. They roam in packs and can seriously mess you up if you happen to cross their path. This makes the semi-automatic action of the AR15 tailormade for this game animal.

If you have the chance to hunt hogs, do it. Not only are they good eating, they’re a massively destructive and invasive species. They cause millions of dollars of property damage every year, and many states allow you to hunt hogs year-round with no limits. Even without a bag limit, these invasive piggies continue to thrive — researchers have estimated that even if 70% of the pig population were killed, the species would return to full strength within two to three years.

Often hog hunting really does require more power than the .223 Remington can provide. You’ll probably want to up your ammo caliber to one of the 6.8s or even higher.

Don’t let the gun’s reputation turn you off from using your AR15 for hunting. It’s one of the most versatile hunting rifles simply because of its customization capabilities. Don’t wait — build your dream hunting rifle and head out into the woods to see what you can catch.