Shopping for Dad can be a pretty simple gig if he, like us, digs the outdoors and shooting sports.  Yet in the wide world of options, allow Guns.com to help narrow down the list of proven gifts that would please just about any Pops as Father’s Day draws near. 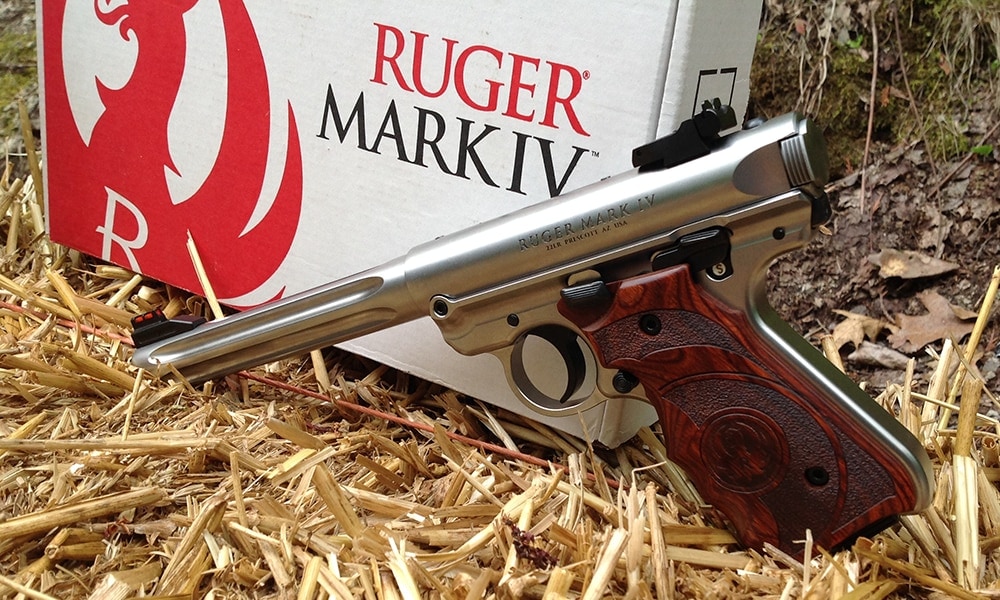 Ruger’s Mark IV line of semi-automatic rimfire pistols take a proven design and make it even better with a single button takedown and a variety models to fit any shooting style and budget. The Hunter shown here is both a looker and a shooter. (Photo: Kristin Alberts/Guns.com)

Ruger’s line of semi-automatic rimfire pistols has been around for generations, from the Standard through the Mark III.  With the advent of the new Mark IV, Ruger takes a tried-and-true design and makes it even better.  The single downfall to earlier iterations was the somewhat involved dis-and-re assembly process.  The Mark IV answered that with a single button takedown offered in a myriad of made-in-America models including the Target, Hunter, Lite, and Competition.  There’s something for every shooter and price point, from real world buys priced from $289 to $599.   Whether backyard plinking or small game hunting, Ruger Mark IV’s are just plain fun and affordable to shoot. 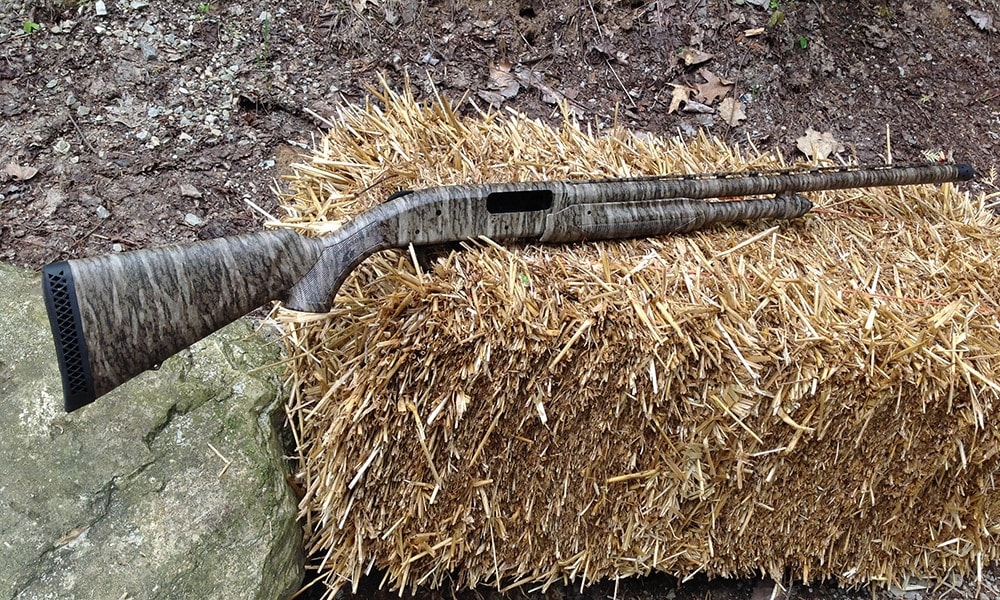 It’s no secret pump action shotguns are one of the most durable ever built, and the Mossberg 835 Ulti-Mags have long been the magnum-hunter’s choice. The new-for-2018 All Purpose model does it all from turkeys to waterfowl to clays. (Photo: Kristin Alberts/Guns.com)

Mossberg’s new-for-2018 All Purpose 835 is a rock-solid addition to the company’s three-and-a-half inch chambered pump. The All Purpose Field holds six rounds and is finished off in old-school Mossy Oak Bottomland camo, which blends in very well with both spring and fall timber.  The 26” ventilated rib barrel is short enough for the thick turkey woods, yet long enough for doubling down on both waterfowl and clays.  The package comes with three flush chokes, plus an extended X-Factor Ulti-Full choke for turkey hunting.  Weighing in at seven-and-a-half pounds empty, the gun recoils stoutly with three-and-a-half inch turkey rounds, but is still completely manageable and built for rugged use. Hunters can be confident that the 835 will not fail in the field.  Though MSRP is set at $603, real world prices are close to $499, not a bad buy if Dad’s a hunter. 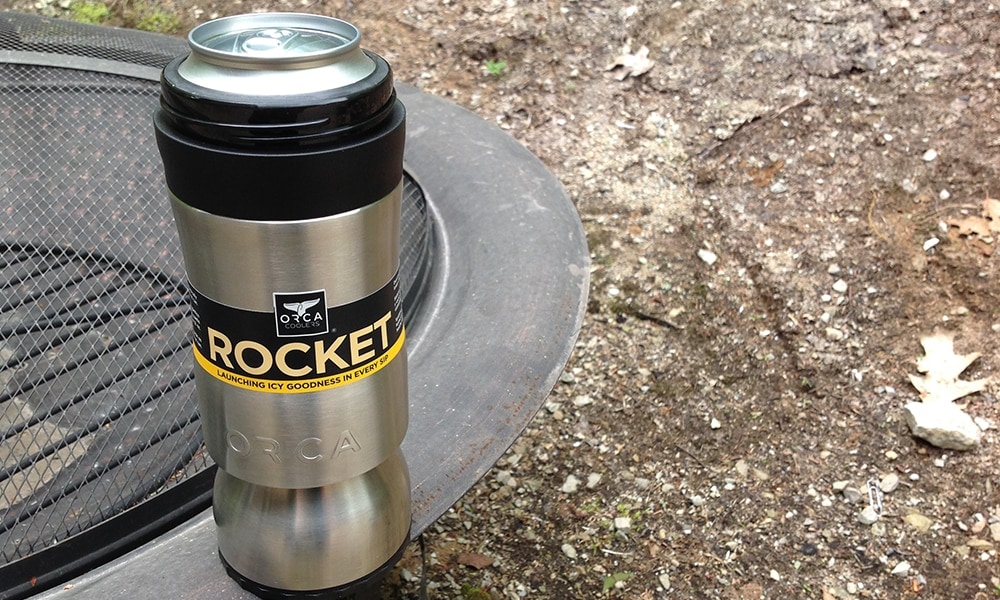 : Orca Coolers went head first into the extreme drinkware game with advent of the Rocket bottle/can cooler. Like a transformer for your beverage, the double walled stainless device morphs to hold your drink of choice, and keeps it cool and condensation free for up to 12 hours. (Photo: Kristin Alberts/Guns.com)

This is one product you almost have to see and handle to fully appreciate the coolness factor.  Orca’s new Rocket is like a transformer for your beverage.  It morphs from a 12-ounce bottle holster to a can holder with a few quick moves.  Built of double-walled 18/8 stainless steel, the Rocket is advertised to maintain the temperature of a cold beverage for 12 hours without condensation. The base even hides a twist-top key and bottle opener.  With the retail price of $29.99 it’s worth the conversation piece alone, not to mention it actually works, though whose drink sits around for half a day? 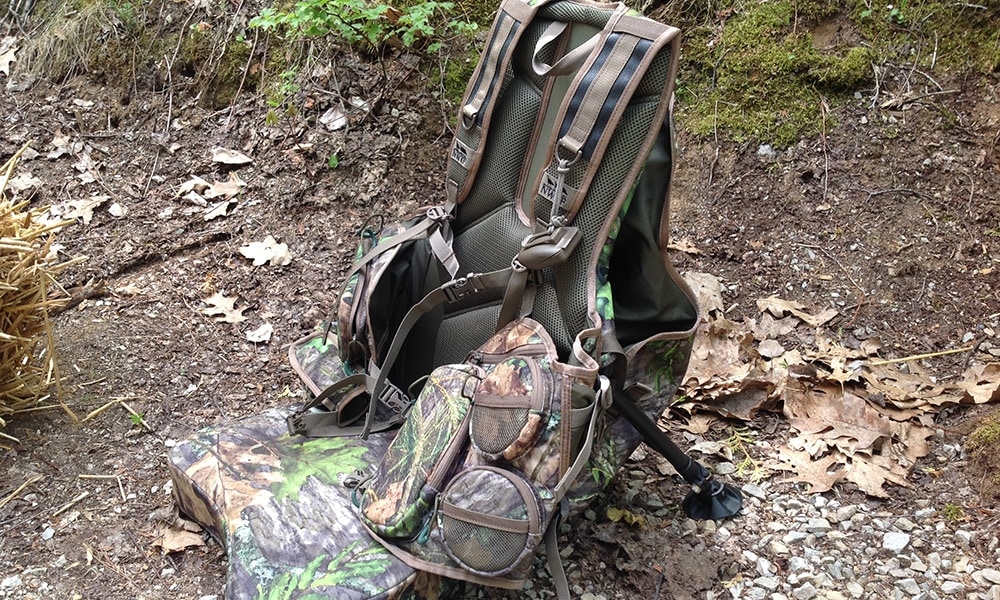 The Alps Outdoorz Grand Slam turkey vest is at the top of its market with every feature imaginable, including the removeable kickstand frame, 2.5” padded seat, removeable shoulder straps, and pockets for every kind of call hunters will carry. (Photo: Kristin Alberts/Guns.com)

If Dad’s a turkey hunter, the NWTF-branded Grand Slam vest is a can’t miss gift.  There’s a choice of two patterns—Mossy Oak Bottomland or Obsession—in either standard or X-Large to fit any hunter.  Side compression straps allow a customizable fit, and I’ve seen it fit well on a small woman’s frame to a husky fellow.  The standard size adjusts up to a 48-inch waist, while the X-Large fits up to 58-inches. This is the ultimate turkey vest, with a removeable kickstand frame and 2.5-inch-thick padded seat.  Add in detachable shoulder straps, mouth and slate call-specific pockets, silent box call pouch, blood-proof game bag, plus more, and the Grand Slam is just that. Retail price runs $179-$189 respectively, yet online sales will get one to your door for just over a hundred. 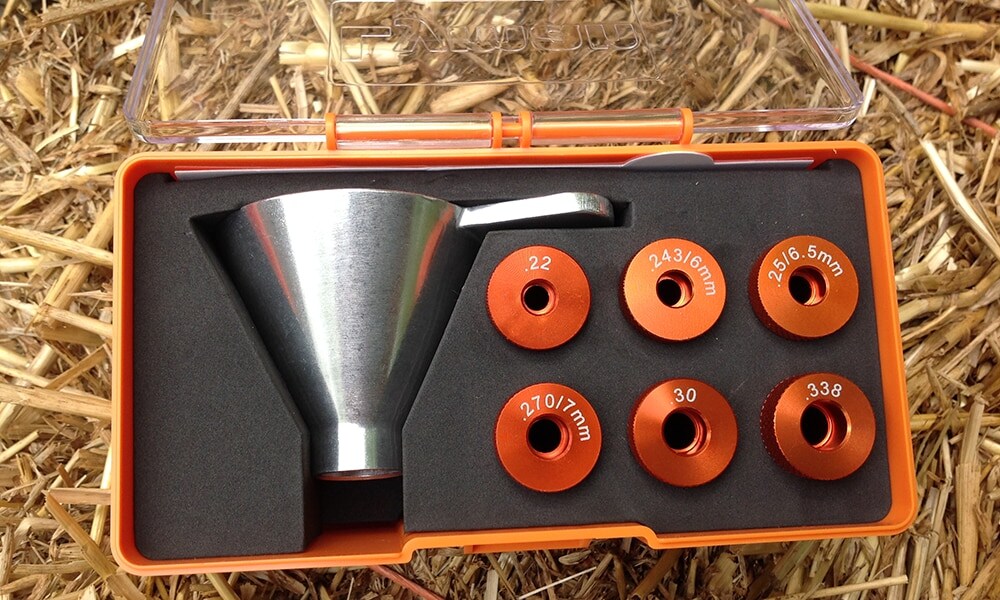 The Lyman Precision Funnel Set has quickly become a must-have for metallic reloaders, replacing static-charged plastic jobs. This set packs neatly into its padded case and covers all the major calibers and diameters. (Photo: Kristin Alberts/Guns.com)

If Dad’s a reloader, I’m sure he doesn’t already have this Lyman Precision Funnel set, as it just hit the market. If he spends time at the metallic reloading bench press, this will simplify the process, as it replaces cheap and under-performing plastic funnels.  The CNC-turned aluminum inserts included with Lyman’s set cover calibers from .22 to .338, and inserts fit snugly onto the bottom of the included aluminum funnel, creating a nice seal with the casings.  It ups the game on both safety and accuracy, as the materials used are static-free, meaning gun powder neither sticks nor spills, and the whole thing packs neatly into a padded storage case.  With an MSRP of $29.95, this is a reasonable and practical buy. 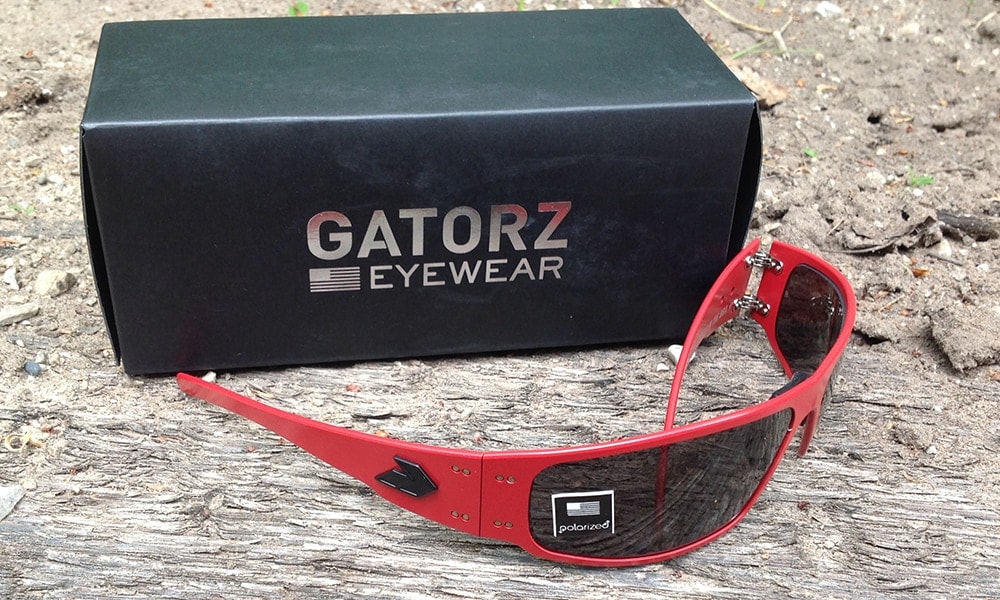 Even if Dad is not a hardcore shooter, he can still look good in the outdoors.  Gatorz glasses are built around 7075 billet aluminum frames, making them surprisingly flexible and adjustable. Most styles are unisex, polarized, 100% UV resistant, and with ballistic impact resistance; while they also debuted an ANSI safety rated version as well, which is excellent for serious shooting use. The Magnum model we’re showing here are the Red Cerakote retailing at $200.  Gatorz offer sweet military and first responder discounts, and they are a dedicated, handcrafted-in-America company that donates to plenty of worthwhile causes.  They’ll even set up buyers with prescription lenses.

Regardless of your gift choice this Father’s Day, never forget the best gift of all is time and memories.  So grab that gun, some eye protection, and accessories and head out to the range or woods for a day to remember with the old man.  From all of us at Guns.com, Happy Father’s Day to those Dads both with us and in our hearts.