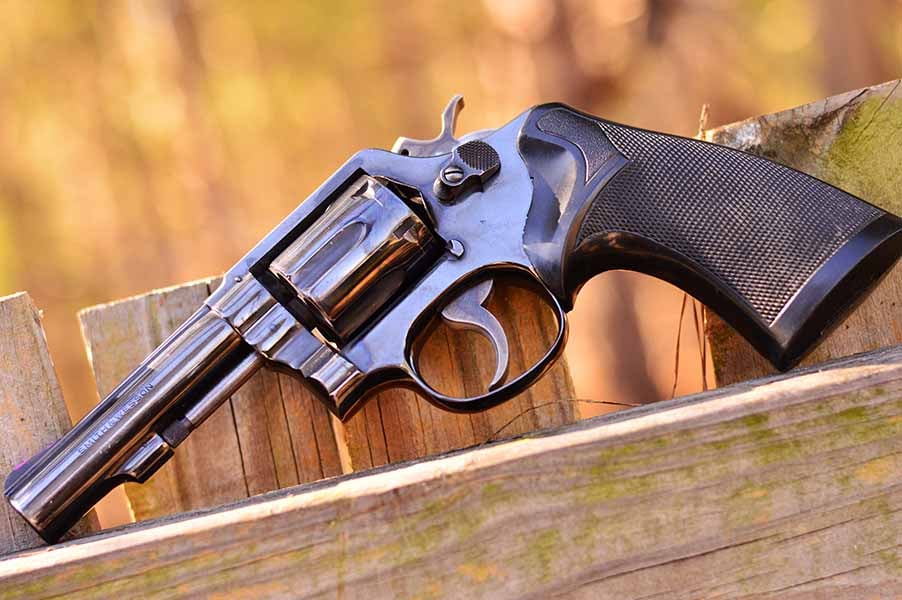 The Model 10 is one handsome six-gun. (Photo by Jim Grant)

It’s no secret that I love 1911 handguns. Some people suspect I have a portrait of John Moses Browning hung above my headboard. These naysayers believe I only have room in my heart for single-action, handcrafted firearms. They’re wrong. I also love double-action, handcrafted firearms. One of my favorite being the venerable Smith & Wesson Model 10 — and the portrait of JMB is in my living room, not above my bed.

The Model 10 was once known by the slightly-less cryptic moniker, “Smith & Wesson .38 Hand Ejector”, proceeding the .32 caliber version in 1899. The Model 10 is a .38 caliber, double-action, hand-ejected revolver featuring fixed sights. The phrase, “hand-ejected” refers to the method of removing spent shells from the revolver’s cylinder. Automatic ejecting revolvers, like the Webley, extract spent casings from the cylinder when the action is opened. Whereas, the Model 10 requires the user to extract them by pushing an extractor rod rearwards. 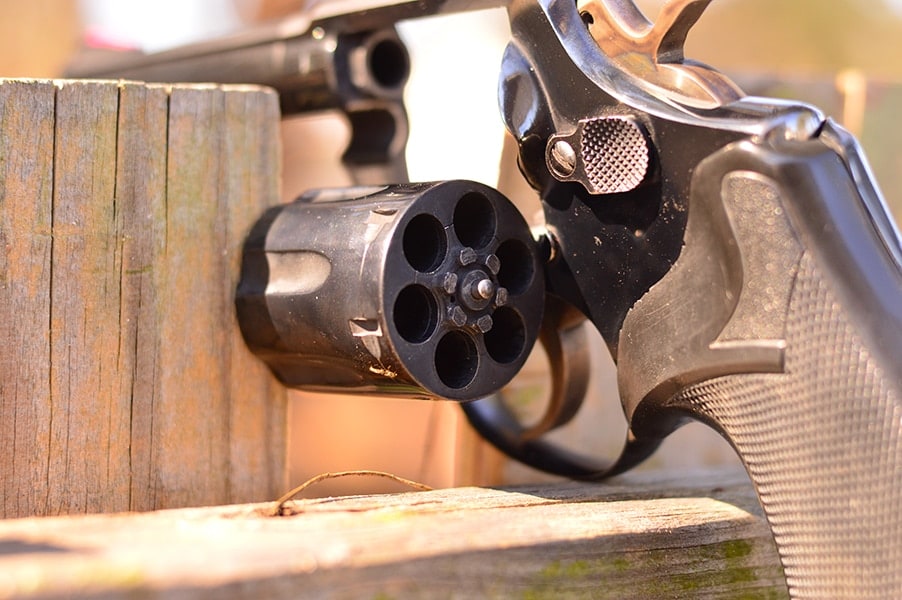 Auto-ejecting revolvers were popular around the late 1890s because they allowed for quicker reloads. However, an auto-ejecting revolver must be built in a top-break configuration, like a double-barrel shotgun, instead of the traditional swing-out cylinder.

This caused top-break revolvers to have weaker frames than traditional revolvers because the frame is hinged instead of being forged from one solid piece of metal. Modern technology can overcome this, but the metallurgy of the 1890s could not handle ammunition with smokeless powder due to the increased pressure and power. Therefore, the Model 10 was outfitted with a traditional frame for enhanced durability to withstand more punishing rounds.

This robust configuration was a blessing when the U.S. military ordered Smith to build revolvers chambered in the new, more powerful .38 S&W Special (what we now refer to as .38 Special),  after experience in the Philippines proved the previous .38 Long Colt chambering to be an ineffective man-stopper. The Model 10 is known by various names, including Victory Model, Model 64 and M&P. It has seen use in every major conflict in the 20th Century and has been in the hands of police and civilian shooters alike.

No-nonsense, dependable design that outlasts the majority of its owners. The Model 10 strikes a balance between truly utilitarian revolvers, like the GP100, and delicate hand-tuned works of art from Colt. For the shooter this equates to a smooth-shooting, dependable revolver that requires very little maintenance and is inexpensive to own and operate.

People interested in owning a well-loved Model 10 benefit from the pre-lock configuration that existed on all Smith revolvers prior to the 1990s. From a practical standpoint the added internal locking mechanism is unobtrusive, but does add an additional potential point of failure. My Model 10 is pre-lock, however, my Smith & Wesson Model 442 is not and I have never experienced a malfunction related to the lock in the 3,500+ rounds I’ve fired through it.

While the Model 10 can be chambered in .38 Special or .357 Magnum, my Model 10 is chambered for .38 Special. This limits the use of the revolver in terms of hunting, but I wouldn’t feel under-gunned with six rounds of modern defensive .38 Special on my nightstand. For a new shooter, the Model 10 is a great way to get them accustomed to shooting double-action. The pull is heavy, but smooth, allowing a shooter to develop solid trigger control and excellent sight alignment fundamentals. I would advise against teaching new shooters with the Model 10 cocked in single-action. Admittedly, the trigger is short and light, but is difficult to transition from single-action to double-action after the first shot. Also, if you are training for a defensive scenario, it’s slower and impedes a fast sight alignment to cock the hammer each time to shoot. 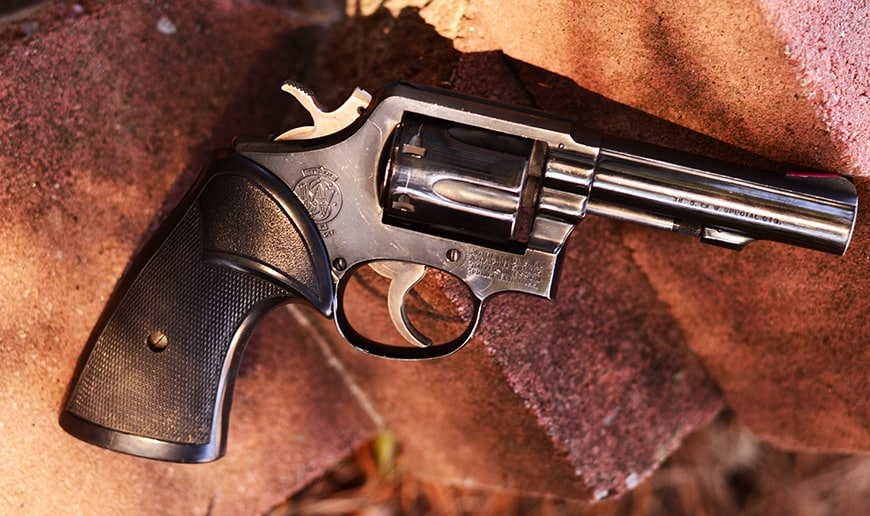 The old six gun still has some life left (Photo by: Jim Grant)

Three words: Stock Service Revolver. If you currently shoot or are planning to shoot IDPA, and want to add a little challenge to the mix, try shooting SSR with a Model 10. Word to the wise, shooting a revolver quickly and accurately isn’t the hard part, reloading quickly is. In terms of reloading, a stock Model 10 offers three options: loose rounds, a speed loader or a speed strip. And each has their pros and cons.

One enormous advantage of the Model 10, due to its prevalence, is the abundance of accessories. There are dozens of holsters, stocks and sights available for the Model 10. The sights must be installed by a gunsmith, but they aren’t terribly expensive to have changed (roughly $150). This can seem steep when used Model 10s can be bought for under $200 at pawn shops.

Modern technology has gone a long way since the Model 10’s introduction in 1899, including firearms design and development. The Model 10, like all revolvers are, in many ways, viewed as anachronic in modern times. Powered solely by human kinetics and limited to iron sights, revolvers are as the most basic form of a repeating arm. Yet, somehow they persist, despite over 100 years of technological advancement.

Maybe this harkens back to humanity’s desire to return to a simpler era, or maybe it’s everyone’s inner cowboy trying to break free. Revolvers are a physical way of connecting with a not-too-distant past, where a man’s skill with a gun was the only thing keeping his family from starving and scoundrels at bay.