MasterPiece Arms is a machine shop out of Georgia that made their first marks on the gun world with a series of subcompact, double action pistols—the MAC 10 Defender Series.  In 2011 they’re branching out into carbines—and taking their most popular selling pistol along for the ride.

Meet the new Defender 9300 SST-X Tactical Carbine, yet another gun that had its coming out party in Vegas this year.  If you’re familiar with MasterPiece Arms, this is just their flagship product, the MPA MAC Mini 9mm, done up carbine style.

The MAC Mini has become a popular little gun since its inception and it seems to us that everything about its Uzi-esque design screams black-ops possibly because we usually see them with some variety of wicked ass silencer screwed on the nose.

Likewise, the Defender 9300 SST-X looks like a pretty faithful entry into the genre, one that’s sure to feel right at home in the tactical carbine clique.  The rifle sports a 16” barrel with a muzzle break.  There’s an aluminum quad rail meant for a whole host of gadgets and gizmos and it ships with a multi-reticle Holosight and a side cocking scope mount for optics options.  The buttstock looks like the gunmaker’s definition of simple—you can’t really get more “low profile” than a tube with some pipe insulation wrapped around it—and we’d bet the farm that this is an easy gun to cart around all day.  We can picture it dangling off one of those nifty, in-the-front, armed guard inspired gun slings we’ve seen tactical dudes rock. 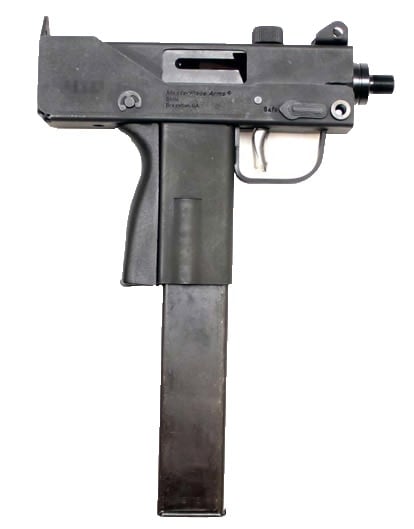 We have to admit though, for awhile we were under the impression that what we were looking at in the video was perhaps a “package deal”—just an example of what the gun looks like in carbine mode because there’s no getting around the fact that this gun looks sewn together like a patchwork quilt.  Curiously this is not the case.  The stock, extended barrel and fore-end are not attachments rather what you see in here is what would come in the mail.  Huh. 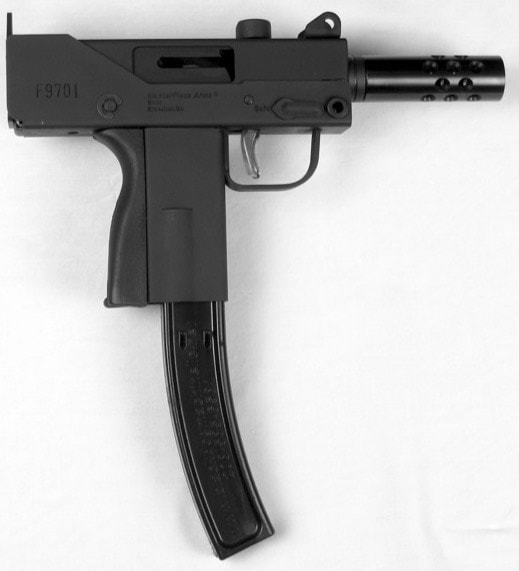 The magazine is polymer and holds 36 spooky rounds of 9mm. US made and us sold, all products come with a Lifetime Warranty on any work done by the shops state-of-the-art CNC machinery. Cost is around $750.  Check out more information on this or other MasterPiece Arms products here or you can give them a ring: 866.803.0000.