Guns.com Salutes Senior Airman Polly-Jan Bobseine (Because Why Wouldn't We)

Senior Airman Polly-Jan Bobseine is a Special Forces Fire Team Journeyman with the 823 Security Forces Squadron (SFS) in the US Airforce and served in the both the Iraq and Afghanistan theatres of war.

She was chosen from 270,000 enlisted airmen as one of the top 12 Outstanding Airmen of the Year in 2008 which was preceded by Combat Command Outstanding Flight Level Airman of the Year 2005.

Bobseine was home schooled in New York State graduating in 2000 where she competed and won the New York State Junior Trap Title as well as challenging the field in the regional High Powered Rifle competition. 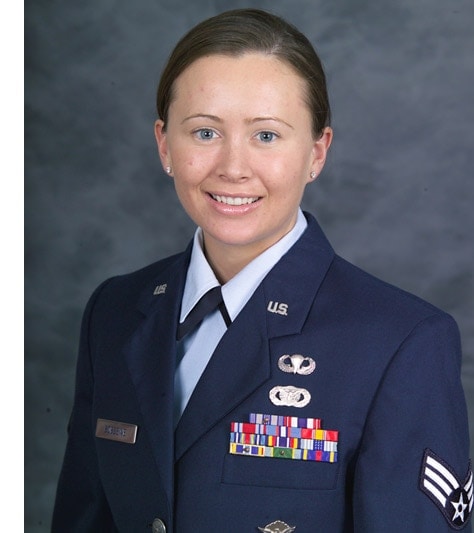 She taught skiing and snowboarding, lettered in swimming and upon graduation Polly-Jan moved to Wyoming. She lived out a cowboy’s dream and learned horse wrangling, a skill that took her to Tennessee as a professional trainer, just prior to enlisting in 2003 at Lackland Air Force Base in Texas.  A multi talented and driving woman.

Upon completion of her basic training Airman Bobseine volunteered for a special duty assignment that placed her with the USAF 823 SFS at Moody Airforce Base, Georgia.

Polly-Jan Bobseine is a top Special Forces Sniper and has been awarded The Air Force Achievement Medal with 2 Oak Leaf clusters as well as the Global War on Terrorism Expeditionary Medal and a Terrorism Service Medal, Air Force Expeditionary Service Ribbon with 2 gold bars and qualification as Expert in small arms, both rifles and pistols—there are many more honours but you get the picture.

As the world learned with the Seal Teams and Osama, Special Forces avoid the limelight with practiced ease but Polly-Jan made a bit of stir on Easter Sunday 2008. She was at work, concealed and in position to observe and protect a road way that lead to a NATO Base in country.  She observed a terrorist planting an IED (improvised explosive device) on the road surface.  Her shot was 725 yards or seven plus football fields, away. The bomber was bent over the asphalt excavation to place the device in the roadway when Polly-Jan squeezed the trigger.   A perfect centered kill shot in the butt, causing him to keel over, detonating the IED. He was eviscerated into martyrdom.

The subsequent explosion eliminated any doubt that this bomber was an innocent bystander, which locals often remonstrate when the kill was investigated and verified.

Airman Bobseine has literally become the poster girl for females in active duty rolls, with the image of her lining up a shot with an M-24 sniper rifle while wearing pearl earrings, still going viral.  She has proven that she can wear whatever she wants. 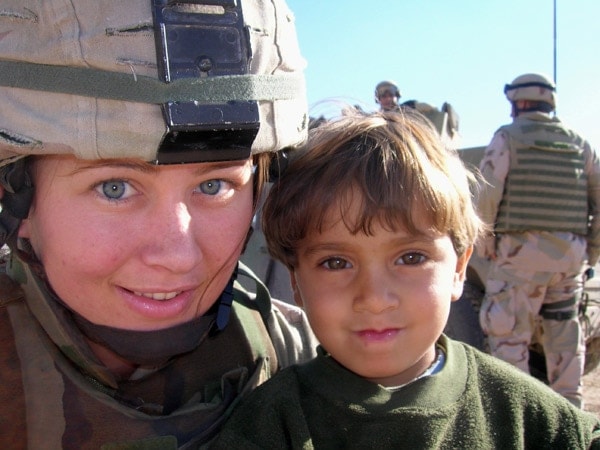