To this day the KGB is still very much an enigma (within an enigma wrapped in a riddle, as it stands) and when the KGB got involved in gun requirements, or so we’re finding out now, things usually got interesting. When their ideas were sold to the Soviet military, they eventually made their way up the short ladder to the Politburo and, in 1969, just such a chain of events led to the birth of the PSM 5.45mm pistol.

Officially, throughout the 1970s, Soviets made vocal their belief that a new compact and concealable, lightweight semi-automatic pistol was a much needed, personal defense weapon for senior military officers and internal security folks to carry in country. All of that, however, was a smokescreen because it was actually the KGB who needed the weapon—never mind the military officers drawn from the ranks of the Motherland’s most promising scientists and engineers.

The written requirements were that the pistol be as slim as possible and lacking in any external excrescences that might inadvertently catch on clothing.  The objective appears obvious in the days of mass produced and commercially available “concealed carry” pieces: the creation of a weapon meant to be carried under clothing as unobtrusively as possible while also being able to be drawn as quickly and smoothly as possible (now, does that really sound like something designed for senior military officers, or rather for the clandestine people within the KGB?). 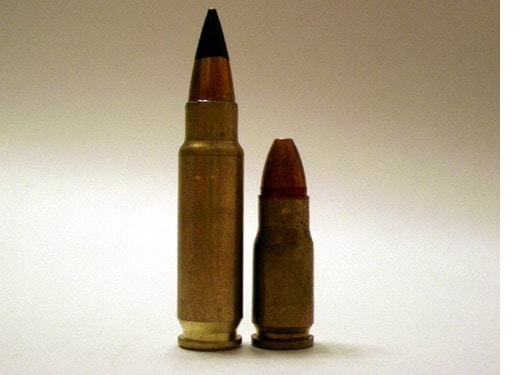 Anyway, the weapon was created and designed around a newly developed piece of ammunition, the 5.45mm (0.215 inch) round with a bottle-necked case and a spitzer-pointed jacketed bullet. It actually provided superior firepower over the standard 5.59mm (0.22 inch) long-rifle as well as the Browning 6.35mm (0.25 inch) ACP cartridges. While the round offers only a modest muzzle velocity, the bullet is said to possess far better penetrative capability against many types of body armor.

The Pistolet Samozaryadnii Malogabaritnii (PSM, or ‘small self-loading pistol,’ per interpretation), entered production in 1973.  By 1981, it was in the hands of an untold number of military folks. It is a conventional blowback operated weapon with a double-action trigger and a manually operated safety catch. There is no slide stop on the pistol. It is made primarily of steel, but the grip side pieces were fabricated from thin aluminum alloys in order to reduce the weight and the width of the pistol, hence better concealment per the KGB requirements. The gun’s barrel had six rifling grooves and a right-hand twist. The magazine carried eight rounds and once the magazine has been removed the weapon can be made safe by the standard pulling back of the slide to ensure there isn’t a round in the chamber.

The pistol’s weight was right at 1.014 pounds with an overall length of 6.1 inches. The length of the barrel was 3.35 inches and the modest muzzle velocity came in at around 1,033 feet per second. The weapon is still in use by some elements of the Russian military and even found its way into the Bulgarian army. It can now be found on black markets all across Europe. 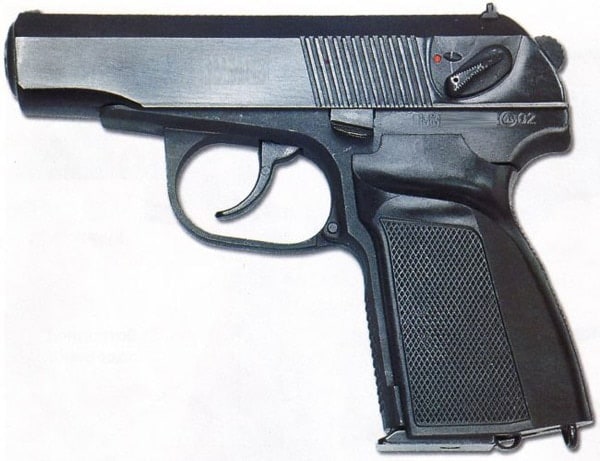 Well, okay, but what’s the PSM’s claim to fame? Well, none other than Prime Minister Vladimir Vladimirovich Putin, the former president of Russia, and apparently the next president (as he and President Medvedev are planning on swapping places), may have had a hand in the weapon’s creation. It seems that when Putin was a member of the KGB he carried a Makarov 9mm pistol, but complained because it would catch on clothing whenever it was being drawn from under his outer garments. He made some suggestions to his higher ups in the KGB and they got forwarded on, and eventually the little PSM was created.

One wonders after learning all of this, was it possible that former KGB Agent Putin, now Prime Minister Putin, ever used either his Makarov or, later, his PSM to quiet the voices of political dissidents in the country?  And, one also has to wonder, with the press calling out the Russian leader over staged events including his supposed discovery of ancient Greek urns while vacationing in the Black Sea regions, is the story behind the little PSM just continuing a well worn, despotic tradition for cultivating a cult of personality? 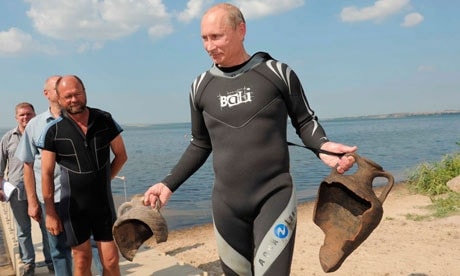