Say "Mucho Gusto" to the Star Z-84, One of the World's Least Known Sub-machine Guns

The Spanish Z-84 is probably one of the least known sub-machine guns in the world. If it had any debut on the world stage at all, it was more than likely in the days following the 2004 Madrid train bombings. In the week or so after those awful events, several members of the special forces division of the Spanish Armed Forces, the Ejercito de Tierra (ground army) were seen in and around the demolished trains carrying examples of the Z-84 weapon. They were also seen in very limited numbers by those few Spanish troops in Afghanistan prior to their re-deployment back to Madrid. In addition to that, they were issued to the combat divers of the Spanish Navy, something like their version of our UDT guys. 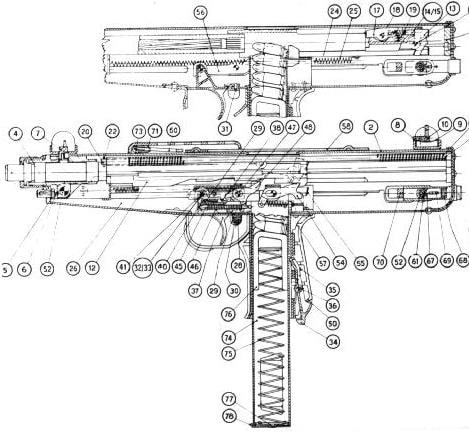 The Z-84 was actually developed in the mid 1980s by the Star Bonifacio Echeverria SA (small arms) company, and it was a successor to the earlier Z-62 and Z-70B models. Unlike those earlier weapons, the Z-84 was calibered exclusively for the 9mm Parabellum round. 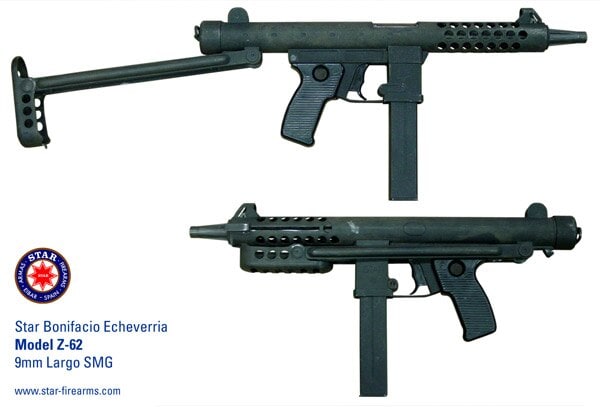 The weapon is compact and lightweight, and is comfortable to handle and fire. It’s a modern concept firearm constructed of a two-piece stamped steel receiver with the magazine housing built into the forward grip. It works on the blowback principle and incorporates a wraparound bolt that is sleeved around the barrel for the majority of the bolt’s length. The bolt itself travels on two metal guide rails, and the clearance between the bolt and the inside of the receiver ensures that the weapon will continue to fire even after being fouled by debris. For that simple reason, it found favor with the oftentimes “rough” requirements of the Spanish special forces.

The Z-84 fires from the open bolt position, with the safety being located inside the trigger guard at the rear of the trigger where it can easily be engaged. Other unique safety features for the sub-machine gun include interceptor notches on the bolt to catch the bolt if the cocking handle somehow slips while the weapon is being cocked, as well as an unusual interlock device to hold the bolt in its forward position. The fire selector switch is located on the left-hand side of the receiver and allows for single-shot placement or full automatic fire. 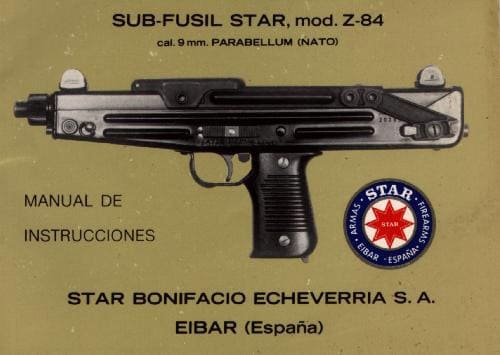 The weapon’s overall length is 24.21 inches. It has a muzzle velocity of around 1,260 feet per second, fast for the 9mm, and a cyclic rate of fire of 600 rounds per minute. It is normally sighted in at the 200 meter range, about 220 yards. The feed mechanism uses either a 25 or a 30 round straight box magazine.

Gun collectors always get asked what type of firearm would they acquire if the opportunity presented itself, and my personal answer would be, “something that can loosely be connected with some event in history that makes the weapon infinitely more interesting.” As far as I know, as of this date anyway, the little Z-84 doesn’t yet have that kind of provenance. Still, if one were found it at a gun show, simply on the graces of it being exotic, it would merit close examination.