The Myth of the Cop Killer Bullet

We have all heard politicians bark about banning “cop killer” bullets, which, apparently, means rounds that will penetrate police body armor. Or does it?  Because now it seems to mean hollow points.  Hey, just what is this dreaded cop killing ammo and where do they come from?

In 1960, an Ohio coroner named Paul Kopsch, a police Sergeant named Daniel Turcos and Special Investigator Donald Ward started working on a new handgun round that could penetrate materials that stop a lead bullet.

By 1981, the bullets were made from brass instead of lead and were punching through some previously “untouchable” material but were ruining barrels. So they ingeniously decided to coat the bullets in Teflon to keep from washing out the rifling. The new company was named KTW after the last names of the three founders. 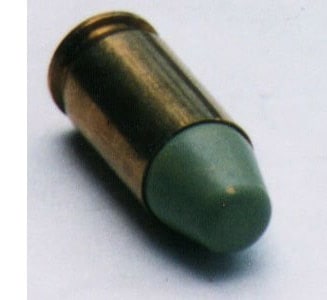 In 1982, a year after they had become commercially available in brass, NBC broadcast a special demonstrating how these new bullets were capable of penetrating the body armor worn by cops.

Instead of focusing on the fact that the bullets were constructed of brass, NBC focused on the Teflon coating, which does nothing to make the bullet go any deeper into the target, only saves the gun barrel from getting stripped.

While the KTW bullets could penetrate vests, it had nothing to do with what they were coated with.

I know to many this seems like quibbling over semantics (ultimately they’re still bullets that pierce body armor and yeah there’s Teflon on them, so what’s it matter what you call them as long as the public knows you’re referring to these specific bullets) but it accentuates the divide between what gun owners value, which are literal representations of their tools, and the masses willingness to assign labels (often provided for them by the media) to these things in terms of their supposed function or effect, often to the ends of spinning simple definitions for guns and bullets into tools of propaganda.

Rep. Mario Biaggi, who at the time was a Congressman, was the first to mention “cop killer” bullets in public and, from there, the term took on a life of its own.

In 1991 Winchester introduced a new line of ammunition at that year’s Shot Show.  Little did anyone in that company know they had just produced what was to become the most hated ammunition on the planet, the Black Talon.

Black Talon bullets were coated in a black molybdenum disulfide, otherwise known as Lubalox, (not Teflon as was reported over and over again throughout the 90s). When the bullet expanded it formed six petals with perpendicular tips.

After they were used in the 101 California Street Shootings and then the Long Island Railroad shooting, both in 1993, the media and those in office wasted little time in going after the Black Talon ammunition, now bearing the “cop killer” label.

The media frenzy made the bullets out to be so bad that it seemed a person could not survive any wound sustained by these projectiles—they would rip huge chunks out tissue and bone right out of your body.

By the end of 1993, Winchester had pulled the Black Talon ammunition off the market as the company caved in to the hysteria surrounding the scandal. There was never any real proof that these bullets kill cops deader than other bullets but those at Winchester realized they were on the losing end of the battle. 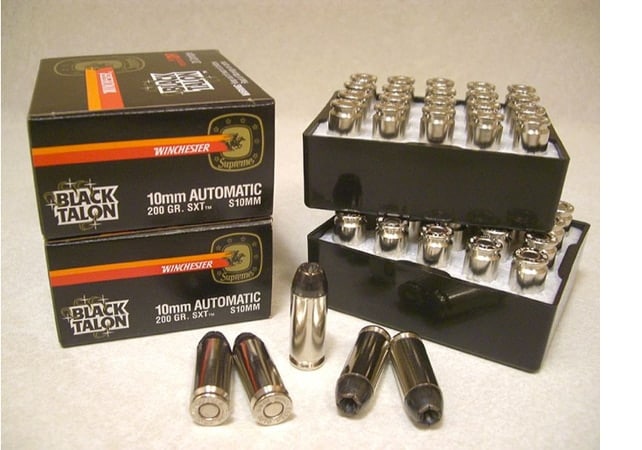 So what are the “cop killer” bullets now? According to the Brady Campaign, it is any hollowpoint bullet on the market. For those of you that don’t know what a hollowpoint bullet really does, it is designed so that it does not over penetrate instead relying on it doing more tissue damage and expending all of its kinetic energy inside the target.

This means that is less likely to penetrate a vest than other solid bullets. Wait, I thought “cop killers” were designed to penetrate polices vests?

Well, it would seem once a bullet gets painted with the capricious “cop killer” brush, you don’t have to let a little things like “precedence” and “reality” get in your way.

On a side note, Congresswoman Carolyn McCarthy’s website erroneously describes hollowpoints, by quoting her saying, “these bullets explode on impact and can penetrate most bullet-proof vests” and “You can’t even hunt with them, the animal would be ripped to pieces after one shot.” Neither of these statements is accurate.

It is thinking like this—that the reality of the situation can be trumped by a scary tagline—that we need to change.  Perhaps there is some reason for debate about this ammunition, but meaningless labels have already polluted conversation so there’s little hope of that happening.

If Ms. McCarthy and her ilk want to mislead the public, and in the case above make up whatever information they like, then it is our duty to correct it by writing letters and making sure they know that we know the truth, and that they won’t get away with trying to describe ordinary ammunition as “cop killers.”