A handful of companies including GS Custom, Monolithic Munitions, SSK Industries and XLR Industries have come together to help develop one of the longest-range shoulder-fired “small” arms cartridges ever made. It’s called the 14.9mm SOP ELR, Extra-Long Range.

The 14.9 SOP is made by taking a purposely-made lathe-turned 1,690-grain .58 caliber bullet with a ballistics coefficient of 1.85 measuring at about 4 inches in length and loading it into a shortened and necked-down 20mm autocannon case. The custom dies have a two-inch diameter. At the muzzle, the 14.9 SOP generates over 42,000 foot-pounds of force.

This project has been in development since late 2010 and has gone through several revisions, even in the name. Originally it was called the 14.5 OPS and has minor physical changes as well to maximize the projectile’s performance. Early speculations predicted rifles chambered in the caliber using recoil dampening stocks weighing just 30 pounds, but the current prototype weighs in at a clean 105 pounds.

Project 14.9 SOP’s prototype is a single-shot bolt-action rifle with a 48-inch barrel and custom muzzle break that has been designed to withstand some 20,000 pounds of gas pressure once the bullet has left the barrel. It’s expressly overbuilt to stay on the safe side of firing this cartridge.

The project is still in the early stages of development, and the five-kilometer supersonic range, over three miles, is a calculated estimate based on the cartridge specifications, and not a real-world result. Still, the team’s goal is that range with an accuracy of .5 MOA. Based on vehicle-mounted weapons and light artillery, that goal doesn’t seem entirely out of reach.

The 14.9 SOP is being billed as artillery when you can’t call in for artillery, as air support when there is none. However, the developers have gotten the ATF’s blessing to build these with a “Sporting Purposes” exemption, so while the 14.9 SOP has a military pedigree, it is possible that the target market will be people with too much money and not enough noise in their life. 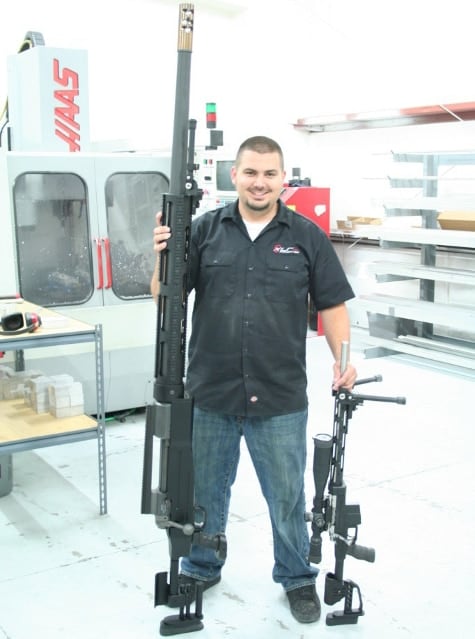 There are still hurdles for the backers of the 14.9 SOP cartridge, beyond those that exist for any completely new and extremely exotic cartridge, not the least of which is further testing. They will have to come up with a way to bring down the weight and then figure out how to sight in a rifle with an effective range that, with a bullet that weighs almost 4 ounces, is certainly over 5,400 meters, depending on what you’re shooting at. 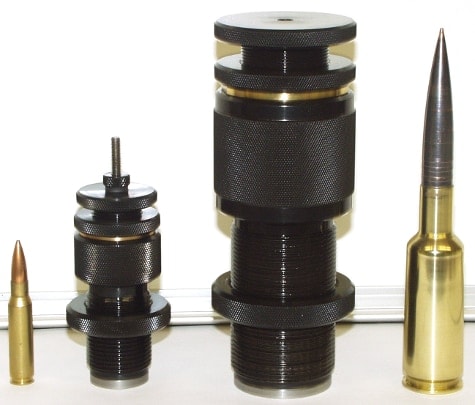 You can read the backstory and progress and even drama that makes up the history of the 14.9 SOP here, and see the prototype rifle development here. Here is a video of the prototype being fired:


What would you do with a rifle chambered in 14.9 SOP?