5 of the Most Innovative Shotguns Ever Made

Shotguns have been around for hundreds of years in one form or another. The blunderbuss and the classic fowling piece, large smoothbore muskets that fired loads of shot, were popular for centuries.

What we think of today as modern shotguns started in about the 1830s and over the past 180 or so years has been moved forward by five designs to which just about every gauge in current production can trace its lineage. 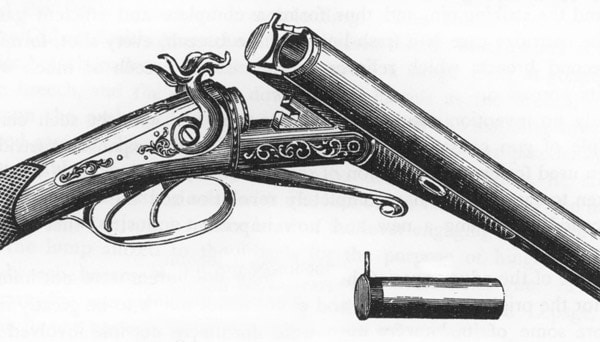 Lefaucheux’s gun, a smoothbore longarm that loaded from the breech rather than the muzzle, in itself was not new. What was new was that he used a self-contained paper tube that held both the charge and the shot in one handy shell. This shell was fired from a pinfire primer in the rear that was struck by a hammer in the rear of breech. To load and reload, one simply cracked the breech open and inserted or extracted the round by hand. Once fired, the empty paper hull was removed and a new one inserted if needed.

Within 40 years, a dozen gunmakers including Remington, Colt and LC Smith had taken Lefaucheux’s basic idea and were selling single barrel and double barrel shotguns on both sides of the Atlantic Ocean. Today you can look at the design and see the modern hinge-break shotguns that are still in fast production. Next time you go to the skeet range, you can mutter a little thanks to old Casimir.

Christopher Miner Spencer was a forward thinker. Best known for his Spencer Carbine, which gave Union Cavalry godlike firepower during the Civil War, he also invented a sewing machine, a horseless carriage and the first pump-action shotgun. In 1882 from his Spencer Arms Company, in Windsor, Connecticut, he began to sell of a 12-gauge pump action shotgun that fed 2 5/8-inch shells from an under barrel tubular magazine.

The Spencer Shotgun (what else would it be called?) both fed and ejected through the top of the breech, kind of like an Ithaca or Browning of today but in reverse.

Spencer sold his patents and company a few years later and by the 1890s, Winchester and other others had their own versions on the market. Today nobody remembers Chris Spencer, but in almost every shooter’s closet, there is at least one pump-action shotgun.

While a number of pipedream designs by lesser engineers never left the drawing board, John Moses Browning in 1898 came up with the idea of a long-recoil operated semi-automatic shotgun. Using the same under barrel tubular magazine as the Spencer with the addition of a feed spring, Browning hashed out a 12-gauge shotgun with a reciprocating barrel and bolt that cycles rearward to eject a spent shell hull and feed a new one from the magazine into the chamber. With the magazine holding five shots and the semi-auto action, the gun became known as the Auto 5. Coming just 15 years after the invention of the pump shotgun, which was in itself revolutionary, Browning knew he was on to something. After problems selling the idea to Remington and Winchester, he approached the Belgian firearms megacorporation FN in 1902 and the rest is firearms history.

In the century that followed more than 3-million FN made Auto 5s and almost as many Franchi, Remington and Savage copies came forth and established the semi auto shotgun as the definitive example of its class for generations. Browning liked the design so much that he considered it his best work, and from a man with more than 128 gun patents that included the Colt 1911, the Winchester 1894, the BAR and the Colt Woodsman, that’s really saying something.

In 1957 police sergeant Alfred Crouch spent his spare time sketching designs for a one-handed semi-auto shotgun that could be used in law enforcement. After taking the guts of a Remington 11-48 (itself an improvement on John Browning’s Auto 5), and building a mock up compact stock with the grip forward of the receiver, something new was formed. Taking his design to High Standard Firearms in 1965, they soon fleshed it out and produced the Model 10 bullpup shotgun.

Built with the guts of the company’s existing Supermatic semi-automatic gas-operated shotgun, a three part plastic stock was built around the gun that placed the action deep into the stock. This made the gun only 27-inches overall with a full-length 18-inch barrel. Capable of firing five shots in less than that many seconds, the compact stock and pistol grip allowed the operator to control the gun with one hand only if needed.

The High Standard was not a big success in its day and faded away within a generation. Today the Kel-Tec KSG, South African NeoStead 2000, Heckler & Koch CAWS, and the ill-fated Pancor Jackhammer owe their existence to this innovative child of the 1960s.

While David Bowie and the Rolling Stones were fighting for the top of the charts in 1972, gun guru Maxwell Atchisson was working on a groundbreaking new scattergun. His design, dubbed the Auto Assault (AA) 12, used a select fire action with a constant recoil principal to create a fully automatic shotgun with very little felt recoil. With tubular magazines incapable of supporting the rate of fire that he needed, Atchisson added the capability to use detachable 5/8-round box magazines or 20/32-round drums under the receiver. Blowback operated from an open bolt and with an overall profile that looks like an M16 carved with a jigsaw out of a sheet of plywood, the AA-12 had a theoretical rate of fire of 360-rounds per minute as long as the shells held out.

Introduced in the Vietnam War, it never went into large-scale production although nearly half dozen companies have attempted it over the past 40 years. Today these guns are registered as a “destructive device” with the ATF, but still get the occasional trial from interested military and police buyers. The closest descendant today is the civilian legal semi-auto only Saiga series of magazine-fed shotguns, which keep Sen. Dianne Feinstein up at night.

These five shotguns all had varying degrees of success, but the innovations that they pioneered led to almost every modern design that is on the shelf today. With the legacy of this group of scatterguns to build on, the mind boggles on what will be next.

But that is another article.