Going to be assaulting house to house to liberate the decadent West for the glory of the People? Plan on leaping from a low flying plane and parachuting into a small third world country to meet interesting people (and kill them)?

Or maybe you just want to pack more than a pair of socks in your bug out bag when jumping from your knocked-out T-34? Well odds are the Czech vz. 61 Skorpion was invented with you in mind.

In the late 1950s the military of then-Czechoslovakia was a close ally (whether they wanted to be or not) with the Soviets. Trapped behind the Iron Curtain in 1945, 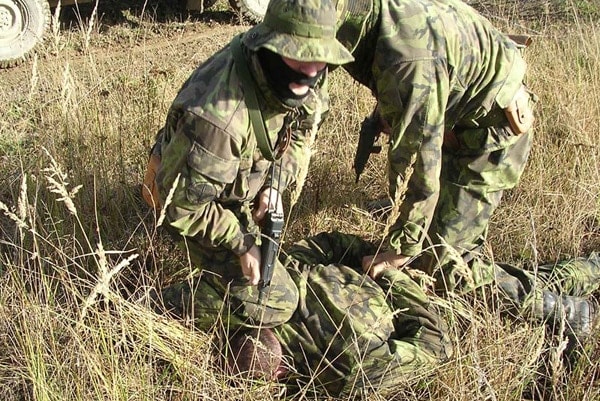 Czechoslovakia was Communist and a member of the Warsaw Pact military alliance. Sharing a western border with West Germany while simultaneously having dozens of Soviet Red Army divisions garrisoned on their soil, the country stood to be the default front line of a Cold War ground war.

Along this border were thousands of Czech border guards who needed a compact sub gun. Besides these guards, the Army needed a personal defense weapon that could be issued to support troops who didn’t need a full size rifle.

The Skorpion was designed to fit this need.

Design of the gun

The central European country that is now the Czech Republic has long had a very distinguished firearms manufacturing tradition. Besides the famous Plzen-based Skoda works that has been around in one shape or another since 1859, there was also the CZ Brno firm in Brno.

This gun-making history meant that while many other Warsaw Pact countries like Romania and East Germany simply put Soviet Russian designs into production, the Czechs persisted in adopting their own weapons. For example, Czech soldiers were armed with locally designed and CZ-built Vz. 58 assault rifle whereas almost all the other Soviet allies carried versions of the AK-47 or SKS. It was at this firm that engineer Miroslav Rybar began work on his short machine pistol. 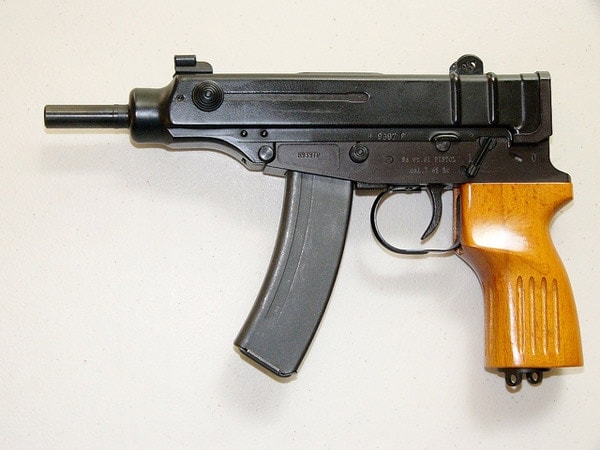 With compactness a buzzword, Rybar designed a short-barreled select-fire pistol that could still be worn in a side holster. A 4.5-inch long barrel would provide decent accuracy at close quarters (under 50-yards) without adding too much length to the overall weapon. Use of a telescoping bolt similar to the Israeli UZI that fired in a blowback action from a closed bolt position further abbreviated the design.

A beefy pistol grip augmented by a folding wire buttstock provided control surfaces. This stock, with its curved butt, folded neatly over the top of the gun in a motion similar to that of a scorpion’s tail, hence the gun’s popular name. When finished, the design came in at 10.6-inches long with the stock folded. While this was about two inches longer than a Colt 1911, it had a good balance in support-hand-forward grip since the magazine well was mounted near the center of the frame, forward of the trigger guard.

It was chambered for .32 ACP (known in Europe as 7.65×17mm Browning SR). This caliber was the then-standard pistol round of the Czech police and quantities were on hand. 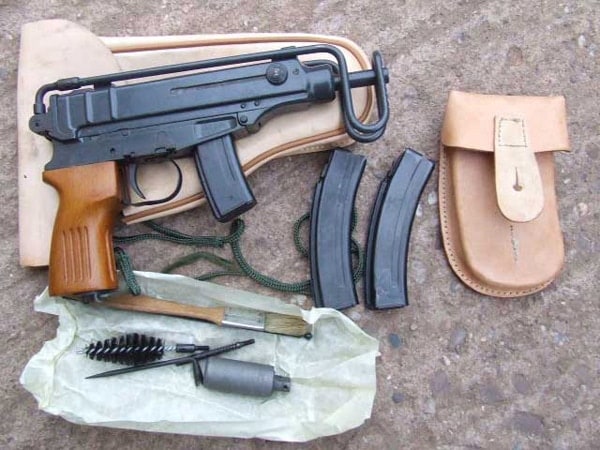 This also enabled the possibility of export sales for hard foreign currency as the round is commonly encountered worldwide. As a bonus, since the round travels at 900-fps, the Skorpion could be readily used at the time with a suppressor due to the subsonic round.

Curved detachable magazines held either 10 or 20 rounds. Three-position select fire between safe, single shot, and full auto, the Skorpion could fire off 20-rounds at a rate of 850-rounds per minute cyclic. A spring-loaded rate-reducer hidden behind the wooden pistol grip is responsible for keeping the rate of fire out of the unmanageable 1100+ rpm arena such as on the MAC 10 and the later Beretta 93R.

At 44-ounces, the Skorpion was still a hoss of a pistol but was capable of being carried in a proper piece of leather on a thick belt with the smaller magazine inserted. For comparison, the Hi-Point JHP-45 tips the scales at 42 and the Ruger Redhawk comes in at 48.

Adopted in 1961, it is officially designated the Vz.61, with Vz being short for the check ‘Vzor’ (model). Later models, the Vz. 68 (chambered in  9×19mm Parabellum) the Vz. 65 9×18mm Makarov) and the Vz.64 (chambered in .380 ACP ) used the same design as the standard Skorpion with the exception that barrels and actions are chambered for the larger cartridges.

The Skorpion made it to production by 1963 and was issued to across the Czech military to both special operations/commando/ paratrooper types as well as to support troops such as clerks, truck drivers, and commo guys. While augmented and largely replaced by short-barreled carbines, the Skorpion variants are still in the arsenals of many former 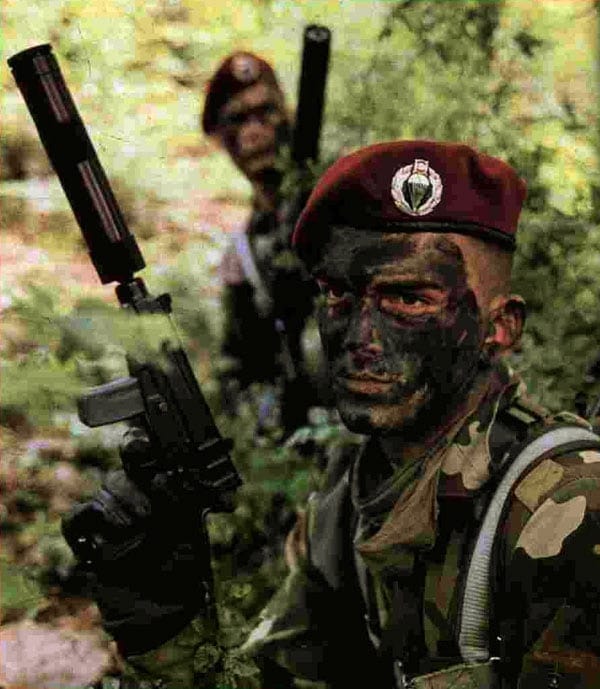 communist countries and their trading partners. As these included both Iraq and Afghanistan, the Czech pistol has been encountered in both places by US troops in recent decades.

While not official-issue, several were acquired by the Soviets who not only used them in their Spetsnaz units but also passed sterile models along to terrorist groups they financed. The Skorpion was most notoriously used in the dirty hands of these terrorists like Carlos the Jackal, the Baader-Meinhof gang, and others. Just the thing for a terrorist to smuggle past an entry control point, these brutally strong, covert weapons were almost a status symbol of the well-equipped 1970s radical. Still making news with other unsavory characters, in 2012 it was the finding of a suppressed Skorpion in the UK that helped land a Russian underworld crime group in hot water, resulting in 31 years in Her Majesty’s prison system for many.

CZ still makes Skorpions in a 9x19mm semi-auto version with strait rather than curved magazines and plastic rather than wooden furniture for export sales. The gun is furthermore still in production by the Serbian firm of Zastava Arms as the M84 in both select-fire and semi-auto varieties.

While a few NFA Class III Skorpions in various calibers and models are in the US, being both select fire and considered a short barreled rifle (SBR) gives it a double whammy when it comes to civilian sales. 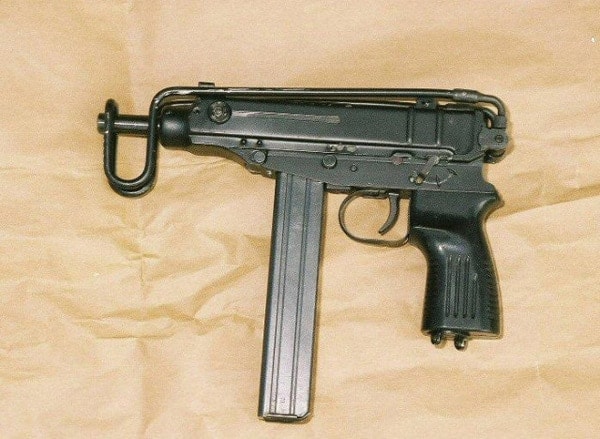 In the 1990s a large quantity of semi-auto only pistols without buttstocks were brought into the country. Made by D-Technik AS, these were imported from Czech Republic and sold with holsters, spare mags, etc. for about $400-500. While reliable figures cannot be obtained as to how many were brought in, there seems to be enough that these guns pop up regularly on the surplus market for roughly the same amount these days.

The only problem with these guns in the US is it seems there is always a short supply of affordable .32ACP rounds in comparison to 9mm.  Nevertheless, since 2009 Czech Point seems to be the primary player in Skorpion distribution now in the US.

I’ve waited until the end of the article to say this, but if this now-classic .32 room broom is for you, you should Czech them out.