Let’s take a time trip back to 1972. Roberta Flack and Don Mclean are on the radio, The Godfather has just been released, a gallon of gas (leaded) cost 36-cents, and almost every cop in the land carries a revolver.

It was in this climate that Bill Ruger decided to introduce a line of solid-frame double action revolvers. These guns would go down in history as the Ruger ‘Six’ series.

Starting in the late 1960s, Sturm, Ruger began work on a modern double-action revolver. The gun he imagined was a large frame design and purpose built for the law enforcement and security market.

Ruger knew that to compete with Colts snake guns and S&W’s Model 10 series, his revolver would have to also come standard as a six-shot weapon (the inspiration for the ‘Six Series’ marketing though it had been used by Ruger before). 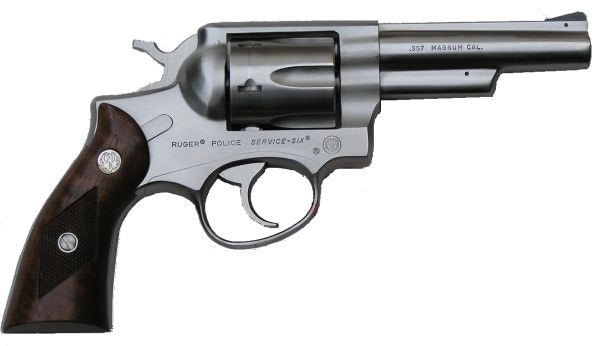 However, to one up this competition, he designed the gun frame around a one-piece investment casting and affixed the trigger group, swing out cylinder, and hammer to it. Not only did this design simplify production, it gave the gun a more solid feel. The cylinder double locked to the frame at the rear and bottom, a set up that users found helped to keep the timing regular shot after shot. A unique single spring mechanism, that used a music wire coil spring for both hammer and trigger, allowed for a smooth, light trigger pull.

A transfer bar safety system kept the gun from going off when the hammer was carried down on a loaded chamber, which was generally appreciated. This lean design also helped Ruger MSRP the gun for about 25% less than the comparable Colt models and 15% less than S&Ws. 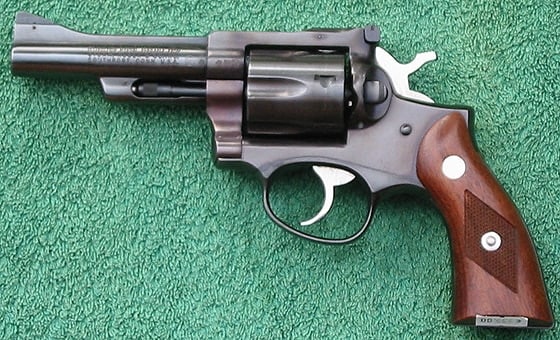 By 1971, the gun was ready for the market, and it was introduced as the (Police) Service Six. The name was also a nod to Ruger’s 1953 vintage Single Six single-action fixed cylinder wheelgun, playing off that series for name recognition.

The Service Six was the basic model of the series. In production until 1987, it was blued frame (stainless optional as the Model 707/708), had simple fixed sights and 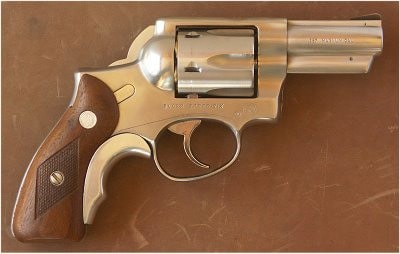 walnut grips. Offered in a 2.75-inch or 4-inch barrel version, it was marketed in .357 Mag/38 SPL (as the Model 107), 38 SPL only for departments scared of magnums (Model 108), and a 9x19mm version (Model 109) for potential military and overseas sales. The 9mm gun had a chamber designed to be able to fire the nominally rimless semi-auto bullet without using moon clips. The 2.75-inch barreled version, equipped with rounded grips for concealed carry, was known as the Speed Six.

In 1974, an upgraded version of the Service, dubbed the Security Six, was released. This gun was a little more tricked out with adjustable target sights and an increased level of fit and finish. Proving popular with the public, Ruger offered it with a six-inch barrel option for hunters.

Since the basic design was much thicker than it had to be, and all strength points were grossly over-engineered for safety, the gun could handle stout loads and ask for more. This led to the development of the Ruger Redhawk in 1979, a massive hunting revolver chambered in large calibers such as .41 Magnum, .44 Magnum and like. 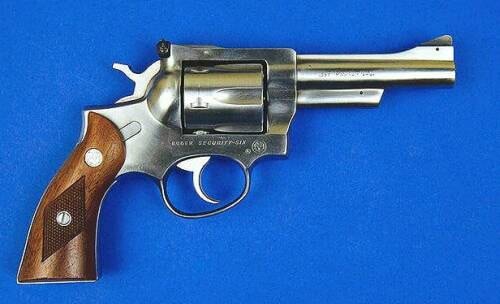 With a classic design, no-frills looks, and low drag envelope, these sturdy wheelguns are hard to beat. They can still serve today for home defense, hunting, security work, 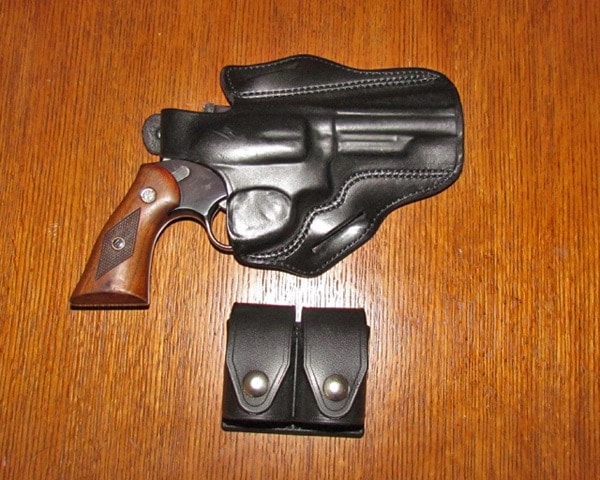 and law enforcement duties in low-threat environments. They were made in good quantity (something like 1.5-million) that they are easy to find and have a good spare parts train out there. While the line closed on the Security/Service Six in 1988, Ruger still produces the magnum caliber Redhawk half-brother in at least five current versions today.

The GP100 and SP101 series handguns, designed around similar concepts as the Service Six, Speed Six, and Security Six, are the current flagships of Ruger’s double action revolver line.

Speaking of collectability, several thousand Sixes were used by the Army, Navy and Air Force in the 1970s and 80s to arm security units, investigative teams like NCIS, and others. These guns were largely sold off in the 1990s (replaced by Beretta M9s), and are sometimes encountered on the market in excellent condition. They are readily identified by ‘US’ markings, and usually have a lanyard ring on the butt of the grip. These guns are worth a good bit more to collectors of military arms, so always be on the lookout for one of these old vets. 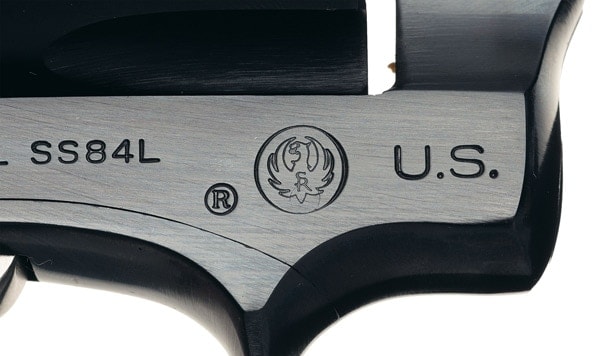 Look for US marks on all Ruger Six series revolvers.

Ruger lists the serial number range on the older revolvers from 1972 through 1988 on their website for easy identification. For a $10 fee, they will send you a letter of authenticity on your revolver that should add at least $10 to the resale value of your gun.

These guns are simple and almost indestructible. In the late 90s to earn extra money while working as a low paid county sheriff’s deputy, I took a night security job at the local power plant where I was issued a company-owned 1970s production Security Six. The gun had been carried in all weather for over twenty years in a duty rig, shot hundreds of times in quarterly qualifications, and still looked in about 99% condition. On a visit to a friend working the same site a year or so ago, the power company guards still rocked the vintage Rugers.

I told em if the company ever goes to sell them, to give me a call.  I’d buy ‘my’ old one in a heartbeat.