The Cold War simmered for over 40 years and during this time the we saw the birth of many of the worlds most iconic arms, such as the AK47, FN FAL, and M16. However, the efficient and effective NATO caliber SMG of this era, the Sterling submachine gun, has been largely swept into the shop-bin of firearms history. 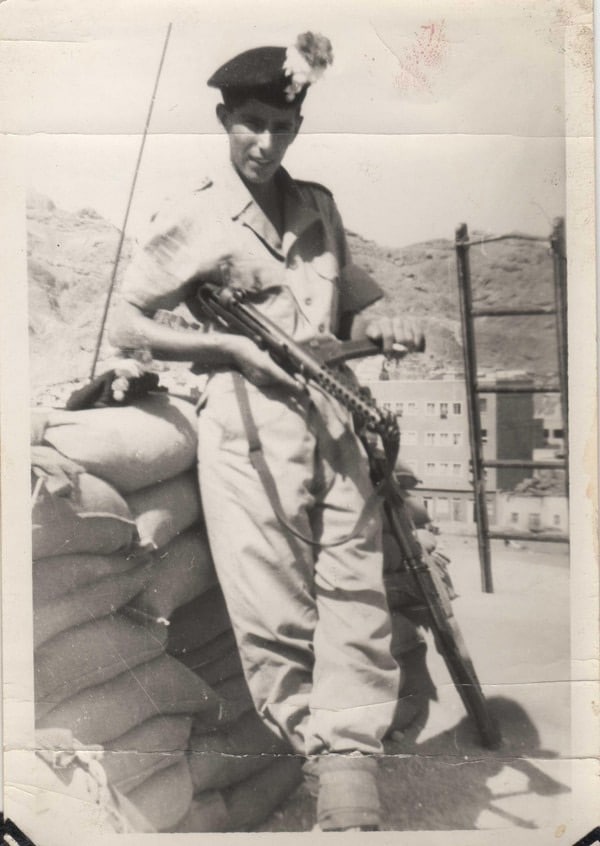 Submachine guns, essentially just compact, pistol-caliber select fire carbines, were born in the final months of the First World War as an answer to the madness of trench warfare. By the Second World War, these handy little guns were everywhere.

Submachine guns were used pervasively to equip tank crews, paratroopers, and squad leaders mostly due to their smaller profile and high rate of fire when compared to full size rifles. Great Britain had three sub machine guns during the War: the Lanchester, the Tommy gun, and the ubiquitous STEN.

One of these designs was obsolete, the second was heavy and expensive, and the third was more of an emergency design, neither accurate nor desired. In 1944, with WWII raging, the British General Staff requested a replacement for these weapons that would address and correct all these flaws in one gun. That design was the Sterling.

George William Patchett, the chief designer at the Sterling Armaments Company, designed a compact sub gun that met every requirement the Army set forth. It was handy, at 6-pounds in weight and 18.9-inches overall with its stock folded. Its 7.7-inch 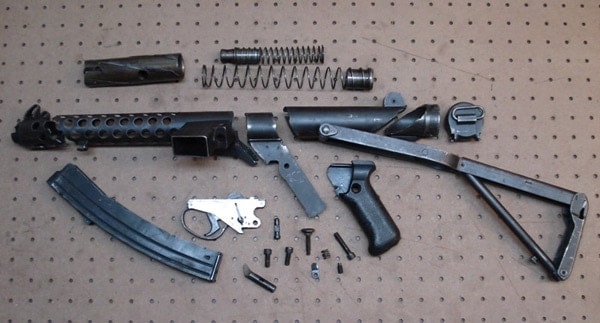 barrel was fairly accurate for a room-broom, putting a five shot group into a notebook paper-sized target at 100-yards. It used a blow back action and fired from an open bolt at a controllable 500 rounds per minute cyclic rate. Plastic furniture kept it lighter than the Thompson and Lanchester while the use of steel stampings made it easy to mass-produce like the STEN.

The weapon was chambered for the standard 9x19mm Parabellum round, and fed from either the straight box STEN magazine or a curved banana clip of Sterling’s design. The Army liked it and Sterling produced a small batch for field-testing before the end of the war in 1945.

Use around the world 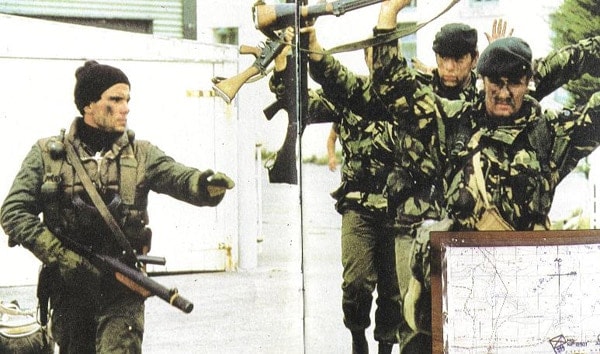 The Sterling was adopted by the British military as the L2A1 in 1953. In British service, it equipped SAS commandos, airborne units, and others and saw combat in Northern Ireland, the Falklands (on both sides), Malaysia, the Suez, and in the Middle East until withdrawn from service in 1994. During the same time, it was sold abroad to more than 40 countries on six continents and continues to serve with operators and security persons to this day. Several users, including Chile, Canada, and India, liked it so much they put it into licensed local production. It is estimated that over half a million have been produced.

In 1977 the weapon was even used by British prop masters Bapty & Co to equip Imperial Storm troopers for George Lucas’s Star Wars films.

While many US allies used the Sterling it was never adopted here (though it frequently made cameo appearances in photos of US soldiers during Vietnam, usually held by Australian and New Zealand SAS operators working with American teams). A few NFA registered Class III weapons are in the country floating around with five figure price tags. 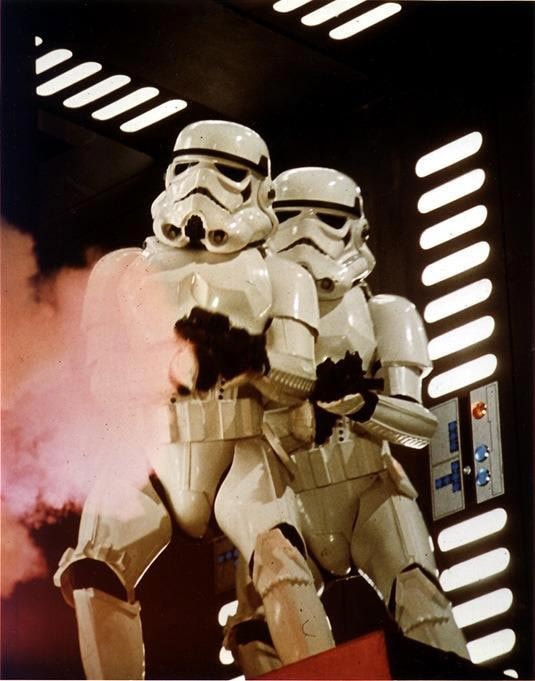 Stormtroopers sporting their Sterling inspired SMGs, a long time ago, in a galaxy far, far away.

Wiselite Arms of Boyd, Texas produce both a semi-auto carbine and pistol version of this classic subgun. They are assembled using a mix of newly made US parts (bolt and barrel), and parts from demilitarized Sterling Mark 4 parts kits imported through CAI. These semi-autos have a new closed bolt assembly to comply with BATFE regs. Either the stockless pistol version with its 4.5-inch barrel or the stocked carbine version with its 16-inch barrel tend to go for around $400 and are currently available.

Since each of Wiselite’s firearms use former British parts kits, bits of your individual gun may have seen service in Iraq, the Falklands, or even a galaxy far, far, away.