The Strange Case of Kris Gasior and his Kbsp wz.38M Rifle 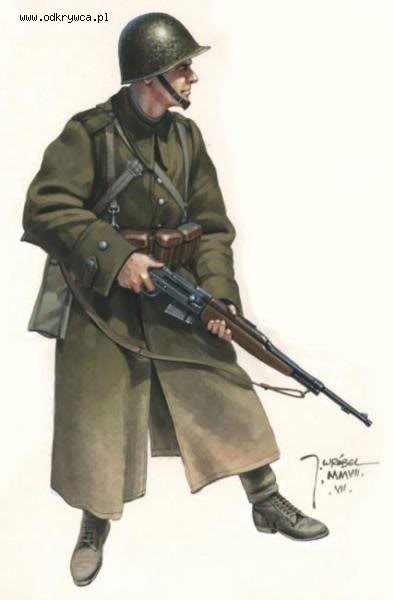 When a firearms collector in Virginia decided to sell part of his collection, he got a knock on the door from federal agents. What happened next involved an epic legal battle that included seizure of a prized possession, a lost piece of history, and a diplomatic crisis between Washington and a European government.

In pre-WWII Poland, the country was trying rapidly to modernize their military. The Polish Army was in the 1930s largely equipped with leftover weapons captured or donated to it after the First World War. With Hitler’s Germany to the West and Stalin’s Soviet Union to the East both rearming with the newest gear, Warsaw understood that they needed the best weapons available. One of their plans was to equip their army with a bold new semi-automatic battlerifle. This gun, designed by Polish firearms engineer Józef Maroszek, was very advanced for its day.

It used a gas-operated, tilting-bolt action that was not unlike the FN FAL, which it predated by nearly twenty years. Using 5-round stripper clips, it could top off its ten-shot box magazine rapidly. The wz.38 looks rather like a Winchester Model 1907, but uses an action closer to that of the FN FAL and borrowing heavily from John Browning’s BAR light machine gun.

Then the Germans invaded on September 1, 1939 from the West, followed by the Soviets on Sept 17 from the East. By this time, Poland’s two arsenals had produced only five test weapons and 127 first run rifles. While evacuating his shop, Maroszek himself used one of these rifles to shoot at a German dive-bomber, which is the only confirmed military use by the gun in history. The guns themselves were lost in the scramble.

The entire first run of Polish Kbsp wz.38m rifles was lost to invading forces with accounts of some of these guns in German hands in Warsaw in 1940.

A single, deactivated wz.38M, in poor condition is on display at the Museum of the Polish Army in Warsaw. Fewer than ten of these guns are thought to have survived today. Of those ten, one is in Moscow, another in Beijing (maybe). The rest are believed to be in private collections in the US and Germany.

The wz.38 on display at the Museum of the Polish Army in Warsaw. (Photo: Wiki )

Speaking of private collections, let us talk about…

Born in Poland and immigrating to the United States in 1985, Virginia businessman and firearms collector Kristopher Gasior had a passion for weapons. At one time, he owned more than 2000 of them and maintains an FFL. 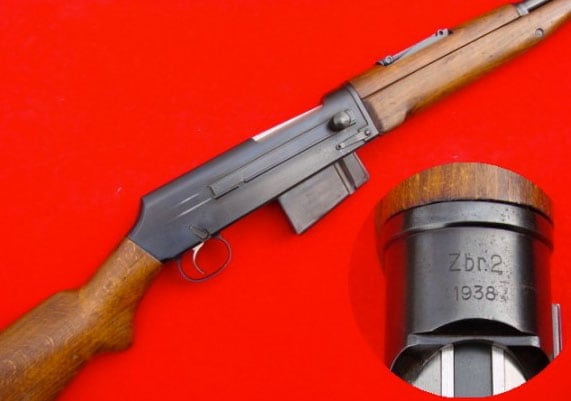 He is one of the best-known collectors in the country and runs the website Collectible Firearms. His pride and joy was a very rare and hard to find wz.58M. He bought the gun legally for $9500 in 1993 from a private collector. His weapon, serial 1048 (production started with number 1001) is in beautiful condition. The backstory from the original collector was that it was a war trophy, brought into the US by a returning GI from post-WWII Europe.

Having held onto the rifle for twenty years, it was time to move on and Gasior posted it for sale for $65,000 in March 2013. Then four agents from the Department of Homeland Security appeared at his door. It appears that the agents had obtained a seizure warrant from information supplied by Poland—that country wanted the rifle back. They seized the weapon, insinuating it was stolen property.

When news of this outrage reached the gun collector community, the Government received much criticism. Backed by the NRA who chipped in for legal help for Gasior, the Virginia-based gun-rights association kept the heat up on the case for more than half a year. They even mentioned it in OP-ED pieces published in the Washington Times. 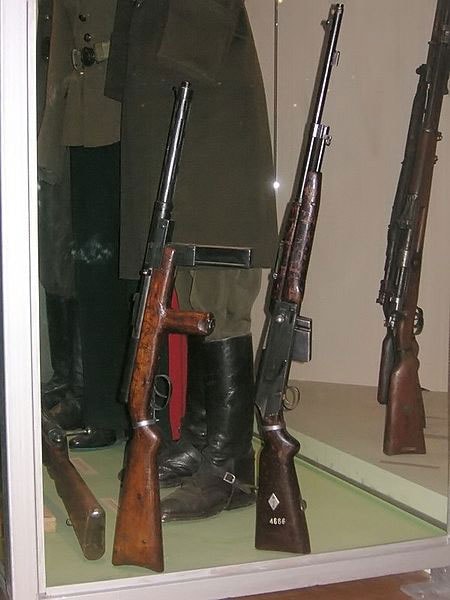 They warned that, “Collectors and veterans in this country are worried that owners of war trophies could be treated as Mr. Gasior was, and in the days since the incident, the National Rifle Association museum has received numerous calls from collectors worried that the Department of Homeland Security might use this newly declared power to go after firearms in their collections.”

Finally, in November, the case was worked out. Sadly, Gasior did not get to keep his gun. Gratefully he was compensated by the Polish government to the sum of $25,000. They also agreed to display the weapon in the Warsaw Uprising Museum and thanked him for his “valuable contribution to preserving Polish historical memory and to honoring Polish heroes and freedom fighters by saving and preserving this unique rifle.”

If you remember, he paid $9500 in 1993 for it, which is $15,355 in today’s money. Yes, $25,000 is a return on his investment, but was far short of the $65K he had listed it for in March. Further, both the US and Polish governments admitted the firearm was legally obtained, which evaporates the whole point that the feds tried to make.

In all, a strange tale indeed—and one collector’s will certainly never forget.